Another small step toward an optimal world

Sony has developed an image compositing software which is able to combine several photographs to achieve an optimal image. The software was developed by Flip Orsalo at Sony Labs, and it's due to be released this summer as an in-camera app called Resolve ®. By combining some aspects of face-recognition technology with idealized composition techniques (e.g., rule of thirds), along with a proprietary algorithm which Sony will not make public, Resolve ® achieves a new standard of optimization technology.

Here's how it works. Say a camera user shoots ten shots at a birthday party, none of which is quite right. For example, kids are blinking or looking off camera or the frame is skewed, or perhaps exposures are off. Resolve ® is able to process these ten shots into one image, combining all of the best features of each separate photo while leaving out the non-usable parts. In this example, the final image would show all the kids at the party, perfectly lit, smiling, and compositionally balanced.

The effect is best shown with an example. (Note: Sony licensing restrictions prohibit the use of actual photos here, thus the Where's Waldo? animations. Nevertheless the power of the software is clear.) When Resolve ® is given the following five chaotic snapshots

It carefully compares and combines them to arrive at the seamless beaming portrait below. Goodbye debauchery, and Hel-lo unity! 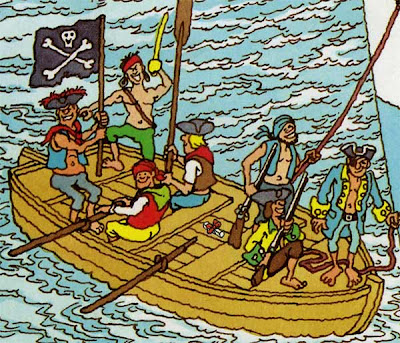 Here's a rough schematic which shows exactly how the images are broken down before being re-assembled, assuming of course that the initial images are above the water table: 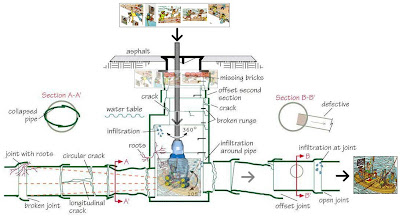 Although Resolve ®'s target demographic is amateurs shooting portraits and snapshots, the tool can be applied to fine art just as easily. Landscapes, still lifes, and nudes can be optimized with no problem. It even comes with a handful of built-in modes for the emerging user. Initially these are scheduled to be AlecSoth Mode, NanGoldin Mode, ArtschoolPlastic Mode, Typology Mode, WhatinTheF? Mode and PoignantVacantRoom Mode. More modes are due to be added later, but the really exciting part is that Resolve® learns modes on its own. As the emerging user shoots more photos, he/she can create their own mode based on their own style.

Beginning in July 2009, Resolve ® technology will be standard on all Sony DSLRs. Let the optimizing begin!
Posted by Blake Andrews at 8:05 AM