Today is World Pinhole Photography Day. Here's a recent pinhole photograph of mine that I've really grown to like: 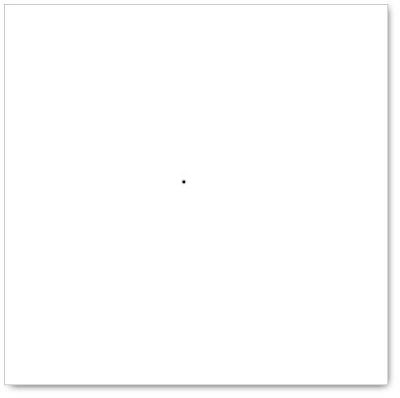 Photographing pinholes is harder than it might seem. With just a hole and some surrounding nonhole, there's not a lot to work with. But this sheer simplicity leads to interesting problems. There's the question of whether to center the hole perfectly or, as I chose to do, leave it slightly ajar. The contrast/brightness of the hole/nonhole relationship has many variables, and don't even get me started on white balance.

The one thing I found deceptively easy was making the pinhole itself. I'd been led to believe that making a pinhole could be an involved process requiring hours of work. But really it only took a second to prick a pin through a sheet of paper. I don't know why everyone makes such a fuss about it. It's photographing the actual hole that requires time and attention, not to mention the nonhole.

I'm really excited to know that people all over the world will be making photographs like this today. Good luck everyone!
Posted by Blake Andrews at 8:59 AM

Sincere Congratulations! You make us all proud; well done.

haha nice! made me laugh. I was waiting for the image to load! hahahaha

let's see a photo of your non-hole.

In the image I posted, the non-hole includes everything that's not a hole.