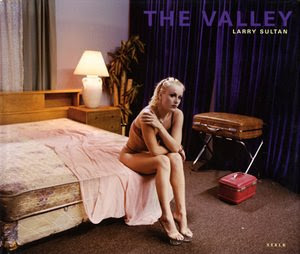 The Valley, Larry Sultan (Scalo, 2004)
Next I looked for Pictures From Home, published in 1992 and out of print for several years. The lowest price for a used copy was around $250 and prices went up from there. I found two new copies, one for around $1000 and the other for...

Fifty bucks. Huh?! I looked closer to make sure it wasn't a typo. Maybe there were pages missing? Heavy shelf wear? No, it was a brand new book sold by a London dealer. Now came a strange moment as I asked myself how much I really wanted this book and why. It contained some excellent photographs, and I generally like family portraits. But was I in love with the book? I wasn't sure. I'm a deal hunter. Fifty dollars is more than I usually pay for any photo book unless it's a true love affair. Back in 1992, if I'd seen this on a shelf with a stack of others, all for $50, I'm not sure I would've bought it. 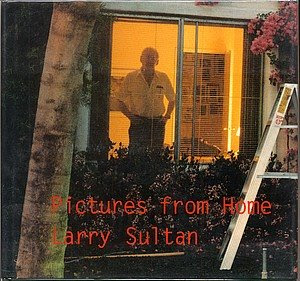 Pictures From Home, Larry Sultan (Harry N. Abrams, 1992)
So why should the situation now be any different from 1992? Yet somehow it was. I had to admit that because this book was selling elsewhere for hundreds of dollars more, it became more desirable. I was unlikely ever to see it for $50 again. If worst came to worst and I wound up hating the book I could turn around and resell it at a profit. Did I mention I'm a deal hunter?

As you've probably guessed, I ordered my shelf trophy.

The next day Jeff Ladd came out with his commentary on the state of photobook market, the basic premise of which is that collectors and profiteers have driven up prices and limited the availability of certain photobooks. Guilty! The irony is that I totally agree with him. I've made the same argument on B. Book prices have gotten ridiculous. People are buying them as much for investment as for their contents. Many great books are inaccessible. Yes, yes, and yes. Yet I bought the book anyway, partly motivated by profiteering. That I'd done so on the eve of the commentary seemed strangely serendipitous. Was this fate trying to teach me a lesson?

I received a confirmation from London that they got my order but no word on when it will ship. Do they even have the book? Maybe the whole thing never happened. If I wind up receiving it here in my small Valley, I'll post a Picture From Home as Evidence.
Posted by Blake Andrews at 8:00 AM

I suppose if there's an upside to the craziness of the secondary market, it's that we have to pay a little bit more attention to current books. Often enough, a book comes out that I'm on the fence about; maybe it's worth the $50 to me and maybe it's not. But if the book is selling well and looks like it might sell out, I often end up buying it just so I don't kick myself later when I am priced out.

I've never actually sold any of my books, I buy them because I want to keep them for a while, but it is interesting to know that some of them have gone up in value.

Publishers seem to enjoy exacerbating the tightness of the market by making these small second and third editions. Can you believe that the third edition of Sleeping by the Mississippi from last year has already doubled in value?

How exciting, i will certainly take a look at the new blog!