You're Not From Around Here 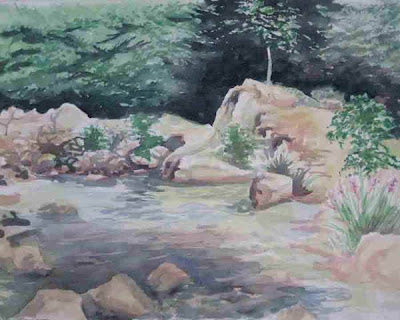 First image retrieved by Google image search for "backwoods Maine"
I'm off to backwoods Maine today. They barely have electricity up there and don't even ask about internet access. There are lumberjacks and moose and snowmobiles and twelve year olds who'll drink you under the table faster than you can say Mattawamkeag. It promises to be a good ol' time.

But alas, posting will be spotty until I return home in early September. In the meantime here're a few sites where my photographs have recently taken root:

"Why are you photographing that X?"

"Oh, just the way the shape of that branch combines with that post back there caught my eye. Plus the color of the grass in this light, something about it goes with that pink thingy over there and I thought it would make a nice scene so now I'm just waiting for the right car to pass on that street. You a photographer?"


"Getting any good shots?"

"Maybe, I have no idea. I never know until I look at the film later."

"I don't know. I just thought the way you were slumped over like that could make for an entertaining photo."


"What kind of camera is that?"

"It's an X. I used to have a Y. Great camera. It's a bit like the Z, only difference is the V on the W went all the way to some number instead of some other number. They were only manufactured from some year to some other stupid year so they're rare nowadays. Now let me tell you about the old U camera on the other hand..."


"Why did you bring so many photos of the same thing?"

"I had a real hard time editing so I figured I'd print them all and you could help me decide. Can you help me narrow it down to the best ten or fifteen?"


"What? Why are you all looking at me like that? You all four looked like you were having so much with that little gel tube I thought it make a nice photo. What? Is there some sort of hangup? Just go back to what you were doing. Pretend I'm not here."


"Hey do that again. Put your arm...No, over that way a little. Now look how you were just looking. Make your eyebrows how they were. Your eyebrows are too low. No, a little more...Not that much. Back...OK now think about whatever were just thinking about. Make your face just how it was, no not with the chin...Steady. STOP! FREEZE! Hold it...OK, now just act natural."

CONVERSATION OVER, BUDDY.
Posted by Blake Andrews at 12:03 PM 3 comments: 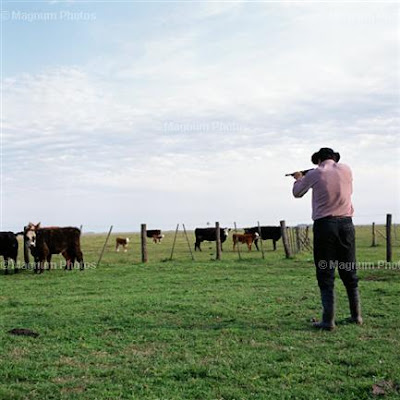 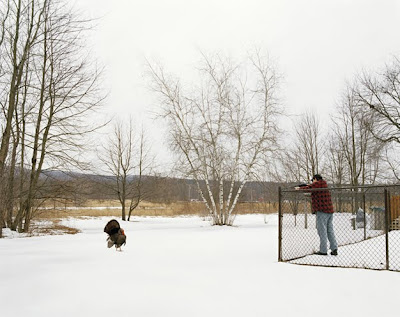 Ian Frazier's two-part Siberian travelogue in the recent New Yorker was quite a read. It's pretty rare that an essay of that length can be completely transformed by one sentence, in this case the next to the last one. There I was in my mind riding shotgun in Frazier's van, fending off the mosquitos while ferrying Siberia's great rivers when BOOM!... I came to that sentence and woke up. Was the whole thing a dream? Or just a reminder that reading takes time, that unlike many things in our culture it isn't instant. Words come in a sequence that gives the mind room to churn.

Nowadays photographs come in sequence too. I don't mean groups of them as in a book, but individual photographs. Often when I look a photograph on the web, if it is a large file it unveils itself sequentially in a slow scroll from the top. You know the ones which take forever to download? Here's an example. 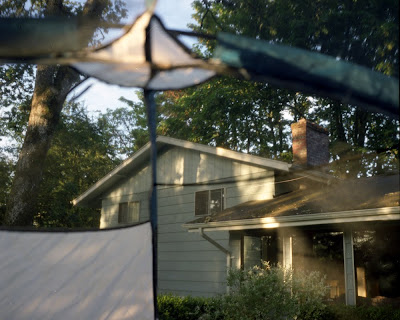 Summer evenings slowly download...
First the top of the photograph, then the middle... If the photograph looks boring by this point I've probably hyperlinked elsewhere. If the top and middle seem promising I will stay for the bottom.

It seems to me that viewing photos in this way is fundamentally different than seeing them all at once. The top of the photo carries an extra burden to be interesting. For the bottom there is less pressure. I wonder if photographs themselves are being altered to fit. Are photographers loading the the top of their images with extra oomph? Will we look back on this era 30 years from now and wonder why all the pictures seem topheavy? Or maybe photographs will be structured like Frazier's essay, totally transformed by some twist at the bottom?

A slow unveiling. This seems to be the structure of summer. It arrives in sequence at a languid pace, the pace of a long day or a great body of water, except for the end which falls suddenly yelling SURPRISE!
Posted by Blake Andrews at 8:13 AM No comments: 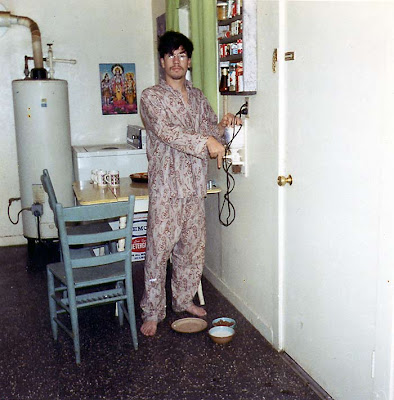 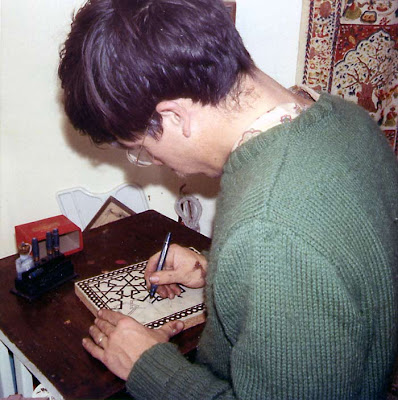 Check out your kid: 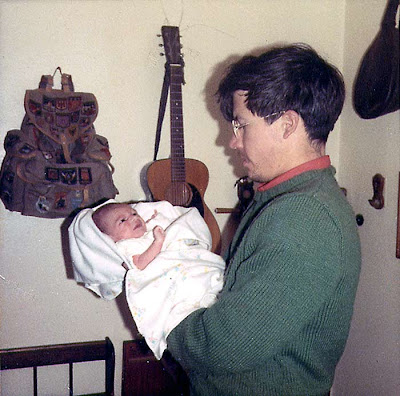 Turn the bass into a ride: 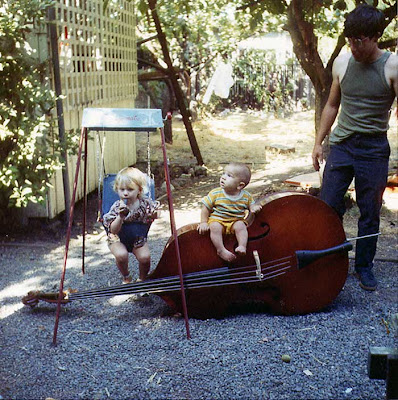 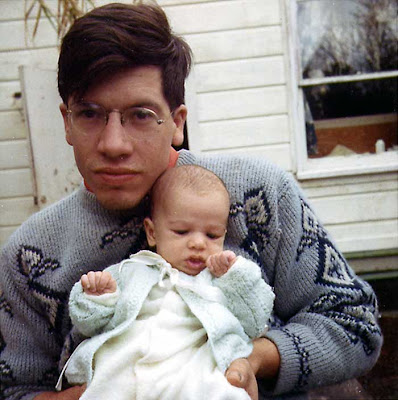 These photos of my dad are from forty years ago during the summer of 1969. They were taken by my mom with an unknown square format camera.
Posted by Blake Andrews at 11:41 AM 4 comments: 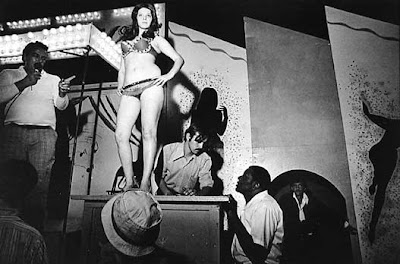 from Carnival Strippers by Susan Meiselas
What? You're indoors looking at scantily clad women on a monitor?! The sun is out! Go outside and play. I'll be back in early September with regular blogging. Now run along, there's nothing to see here...
Posted by Blake Andrews at 9:12 AM 1 comment: