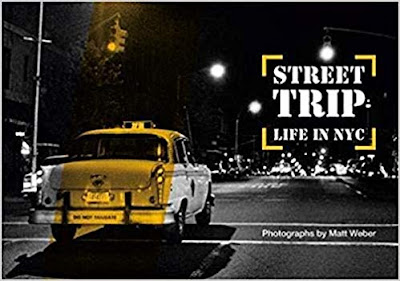 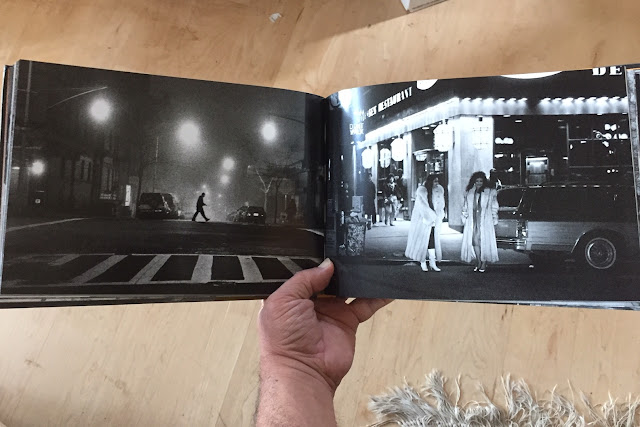 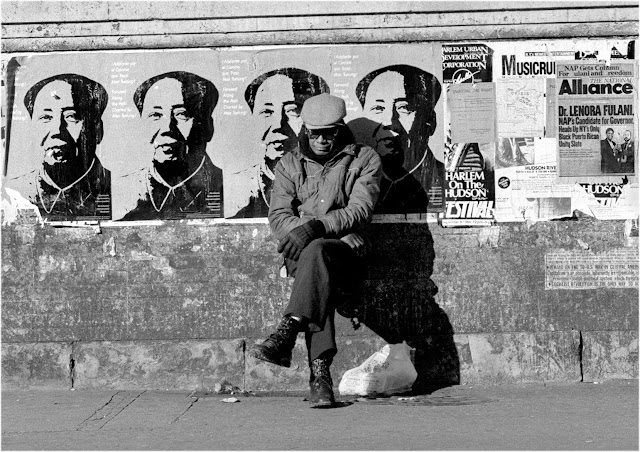 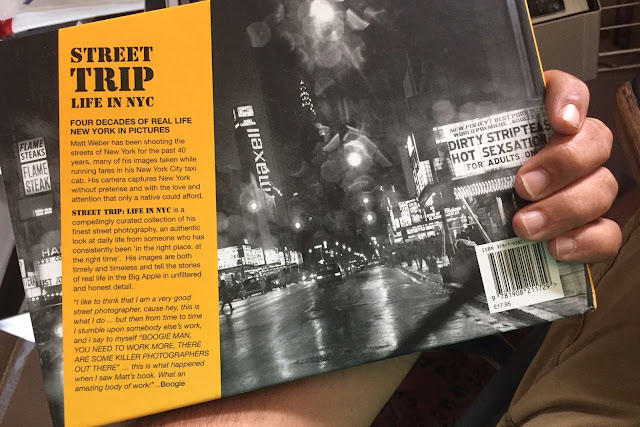 Q: Yes, but what exactly is better or different?

A: Never mind the details, the X-7000 is a superior product in every way. Once you adopt the X-7000, little nagging questions like the one you just asked will melt away into insignificance.

Q: Can you offer any details at all?

A: The X-7000 has 20% more features than its predecessor. Some of these features involve the very nature of light itself, and its measurement. You know, quantum stuff.

A: Does a bear shit in the woods?

A: Time is the universe's way of keeping everything from happening at once.

A: The X-7000 body has been designed with fashion forward principles. Unlike the X-6000, which already looks quite dated just a few short years after its launch, the X-7000 will look damned sharp for some time into the foreseeable future, or at least until its successor hits the market.

A: The new digital economy offers fantastic opportunities and challenges.

Q: You didn't answer my last question. Does the X-6000 body carry any trade-in value?

A: The business cycle works in mysterious ways, and follows forces beyond the grasp of easy research or testing.

Q: Why does the X-7000 require me to register my personal information with your company before it will turn on?

A: Ha Ha. Considering how much of your personal information is already floating around in the cloud, this request seems like a minor quibble to unlock all the great benefits of the X-7000.

Q: Does the X-7000 come with any warranty against defects?

A: Yes, the warranty has 20% more features than its predecessor's warranty.

Q: What if I have doubts about upgrading to the X-7000 at this time?

A: If you want to be a pussy, let your competitors roll you in the market, and destroy all that you've worked so hard to accomplish, we suppose that is your decision to make. We can only offer a superior product. We cannot force you to adopt it.

My old teacher Rich Rollins recently sent me this chat between JP Caponigro and Lee Friedlander, originally xeroxed from a 2002 issue of Camera Arts magazine. It contains several pearls of wisdom, tangents, and outright deflections, and is altogether so good I thought I'd share here. Enjoy. 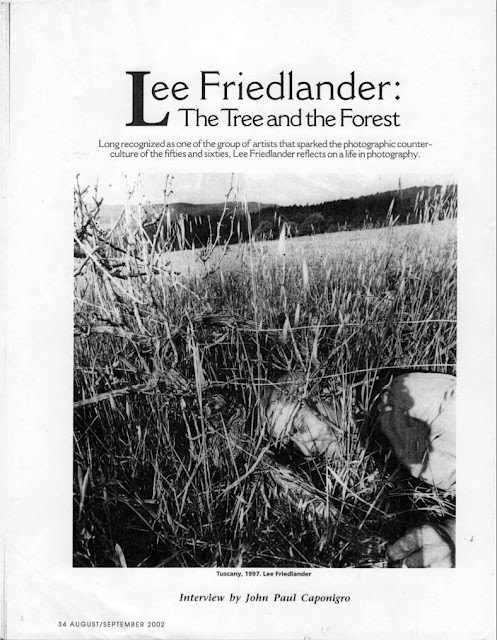 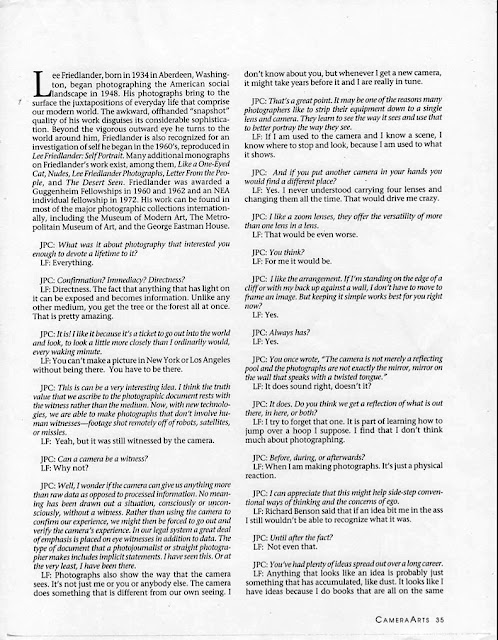 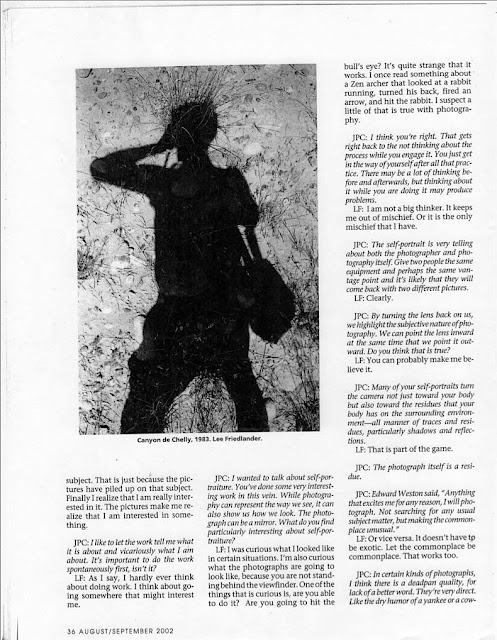 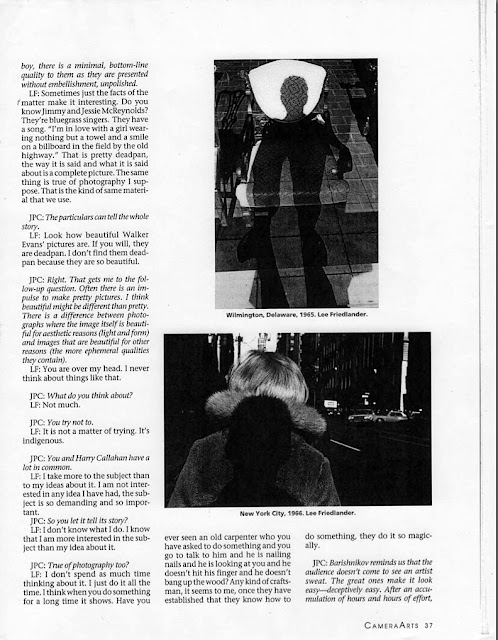 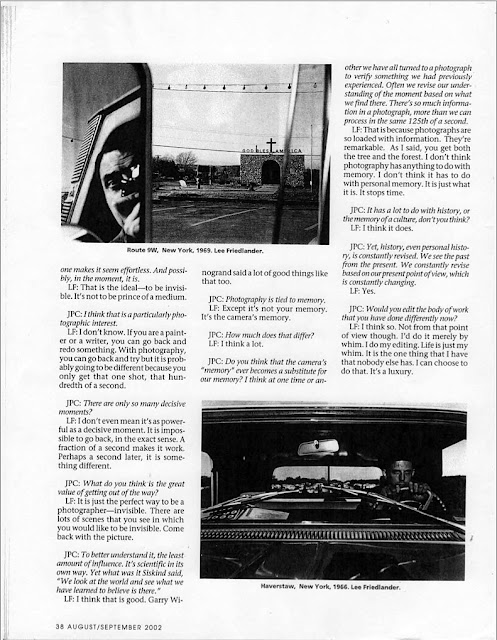 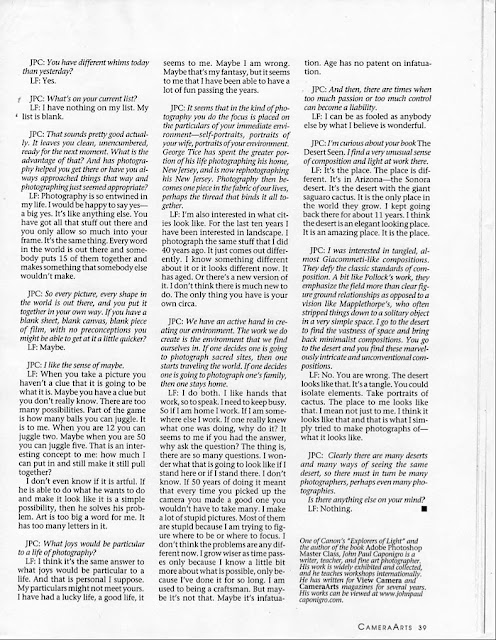