I've had fun lately looking through Cary Conover's series Other People's Pictures, which seem as close to a fly-on-the-wall perspective as one can get. All of the light in the images is from the flash of other cameras. The gaze of the subjects is off-stage toward another lens. Conover is merely a secondary recorder, at the scene but not engaged with it, documenting the act of documentation. 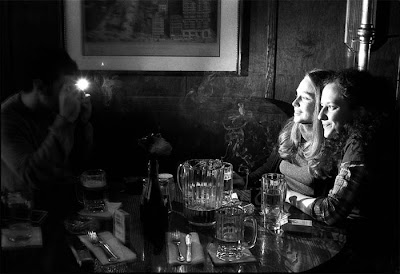 from Other People's Pictures by Cary Conover 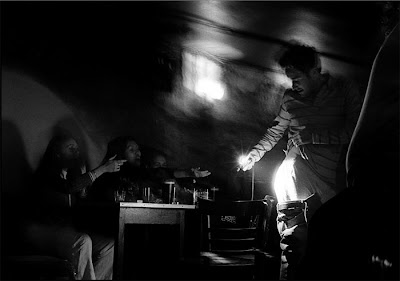 from Other People's Pictures by Cary Conover
The metalevel perspective of these photographs brings to mind Yoshiyuki Kohei's series The Park, another group of photos about voyeurism. Although Kohei supplied his own lighting for that project, it was invisible to the subjects, allowing him to photograph without engaging anyone. As with Conover, these photographs are less about the thing being photographed than about the nature of watching and waiting, an act near and dear to all photographers. 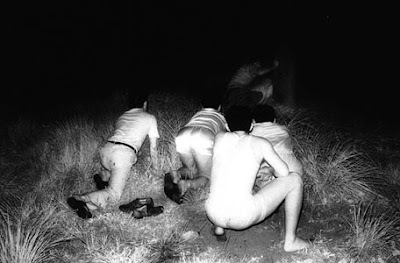 from The Park by Yoshiyuki Kohei
I think my favorite example of this meta-style is Julio Grinblatt's Photos of Others, which turns Conover's concept up a notch by creating a distant, anonymous mood that seems to make a societal statement: we exist in a dark, lonely, and empty culture which never tires of framing itself. 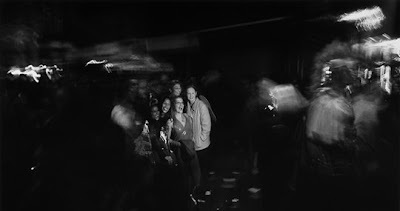 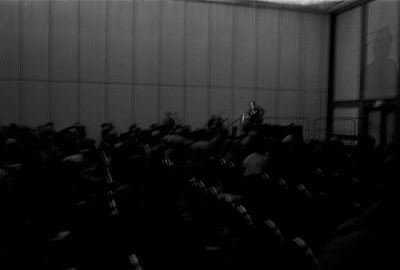 Celebrity, 2002, by Julio Grinblatt
Speaking of Grinblatt, if you're ever stuck for birthday ideas, consider giving his book People Facing Their Birthday Cakes. The series was shown at Blue Sky a few years ago and subsequently published by the gallery. As far as I know it is still available. The style is similar to Photos of Others but instead of flashlit and distant these are candlelit and intimate. As a book about birthday cakes this can be given to just about anyone on their birthday, photographers or nonphotographers. So you can spread the gospel of good photography without seeming like a demagogue. 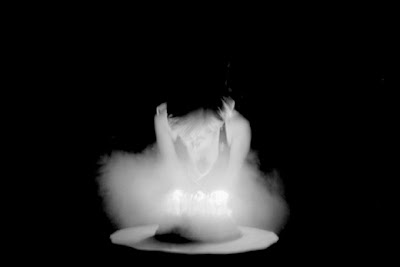 from People Facing Their Birthday Cakes by Julio Grinblatt
You know how to spread the gospel, right? Just put your lips together and blow, as shown in the photo.