At Alberta's Last Thursday in June I bought some old postcards from a street vendor. One of of them was this photo of Portland which I'm guessing is from around 1970. 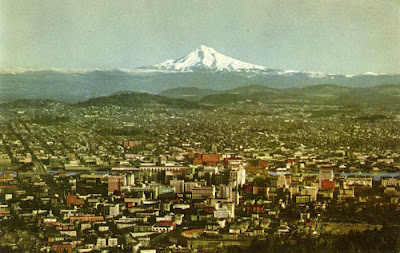 It probably doesn't look like much if you don't know Portland. But for someone who has lived there this photo is pretty incredible. The city looks very different now just 40 years later. Here it is today from the same spot. 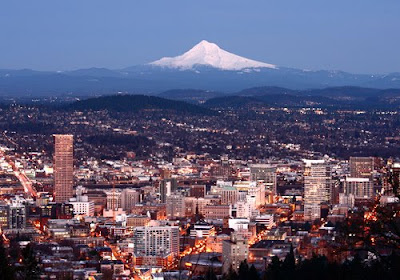 Once I found this shot I started digging around for others using Mt. Hood in the background as a standard reference point. Here's one from 1890 taken from slightly lower in the West Hills. 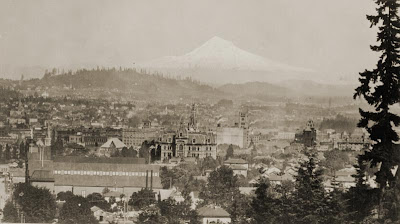 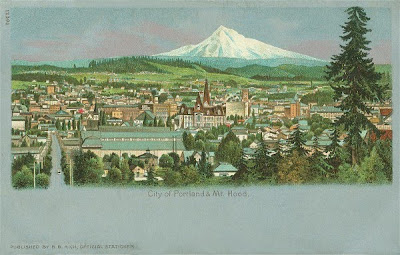 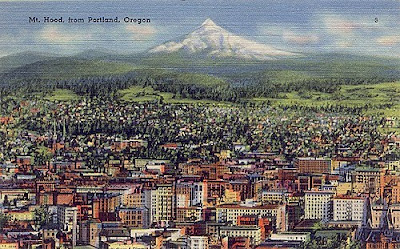 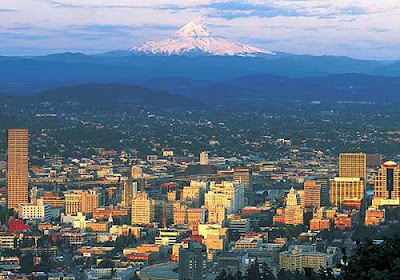 All of these are classic postcard shots. There's not much imagination to them, just pure description on a clear day from a standard vantage point. City mugshots. They're not consciously arty, and as I said above, they don't look like much if you don't have some interest in Portland. But as a barometer to measure changes over time, they're ideal.