Found a good used book last week by Enrico Natali called New American People. I don't know much about him beyond the basics. He was born in 1933, shot for various magazines in the 1960s, won a Guggenheim in 1971. The book, presumably shot during his Guggenheim year, was published in 1972. After that he sort of dropped out of sight although he still maintains a somewhat thin website.

But anyway the book is quite interesting as a document of early 70s Detroit and also as a nice collection of B/W street shots. Made in the era before photography styles became more specialized, it's an interesting grab bag of whatever caught Natali's eye. Mostly portraits, both strangers and friends, candid and posed, a few street grabs. Just a weird mix. It's not a classic and it'll probably never be reprinted. But it's a nice artifact and one which street photo junkies may want to look for in the used bins. 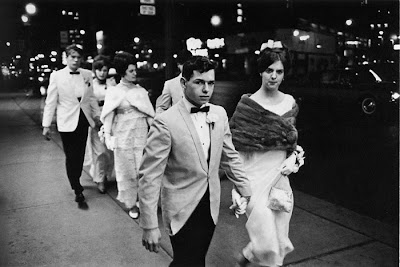 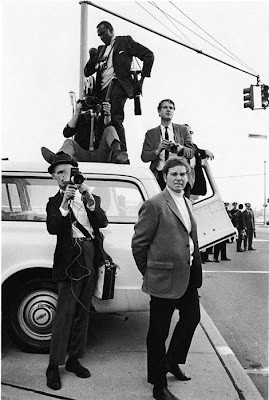 Newsmen at a public demonstration 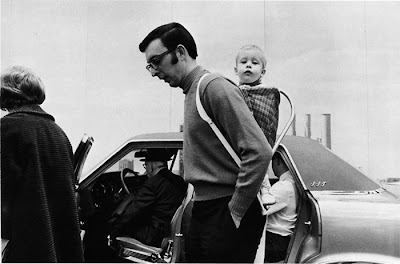 Auto Show
Posted by Blake Andrews at 9:26 AM

his site is thin ..
"before photography styles became more specialized,"