The new Blue Sky 07/08 catalog recently came in the mail and I've spent the past few evenings going through it and re-familiarizing myself with all the shows from last year.

One photographer whose work jumped out at me was Phil Bergerson who showed photos from his Shards of America project at Blue Sky in October 2007. I'd forgotten how much I enjoyed his work. For example I think this image is just fantastic: 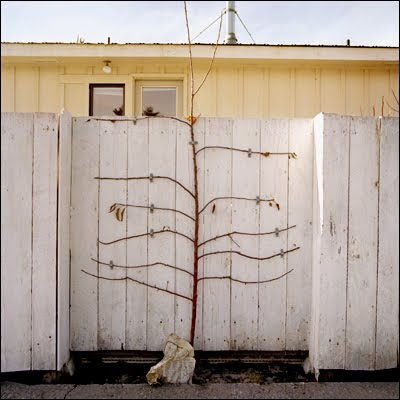 Cle Elum, Washington, 1993, Phil Bergerson
At first glance it seems bland enough to fit into the New Topographics. It could almost be a Wessel or a Baltz. What makes it different --and the thing that really pushes all Bergerson's work over the top for me-- is that it's far more judgmental. Yes it's just another tree in suburbia but just look at the tree! Pinned up and submissive, clinging to its last summer leaves, and trapped inside some weird fencing easement. This tree has personality. This photo has personality. Bergerson has personality. All three come through strongly.

Many photographs I see today follow the opposite tack. The photographer shows us a scene of a corner or a fence or something and we are left to make up our own minds about what it might mean. Struth's photographs seem to typify this movement. The onus is on the viewer. 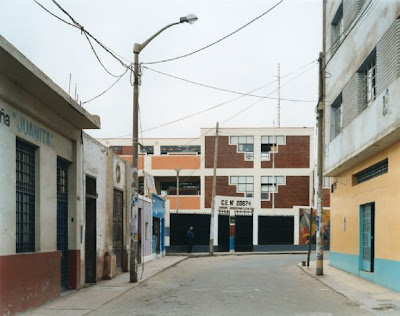 Jiron O’Higgins, San Vicente de Canete, Perù, 2003, Thomas Struth
This deconstructionist attitude may be a hit in the fine art world, and indeed it is sometimes fun to guess at a photograph's meaning. But more often I am left feeling empty.

I want a photographer to take a stand and tell me what he thinks, and Bergerson's photos do that. For example, there's no confusing the intent of this shot: 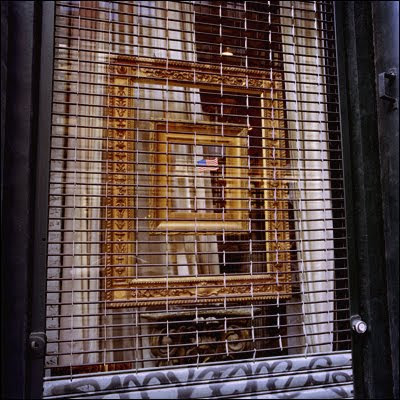 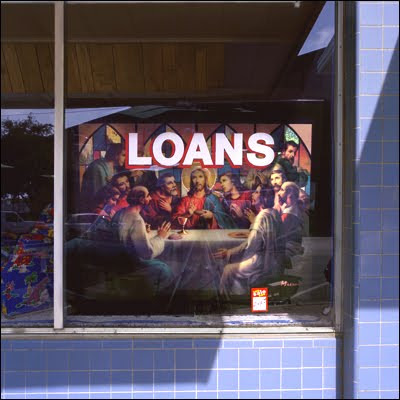 Temple, Texas, 1998, Phil Bergerson
Bergerson is as much a cultural critic as he is a photographer. Flags, Jesus murals, imprisonment: They're the sort of easy themes any casual observer of America would notice in a heartbeat, yet few Americans pay attention to those things. That Bergerson is Canadian probably helps. Yet being an outsider is only an aid in observation. The actual nuts and bolts photo-building into clever, opinionated statements is all Bergerson. For me, it is this deliberate first-person attitude that sets it apart from similar work by, say, Zoe Strauss or David Graham. 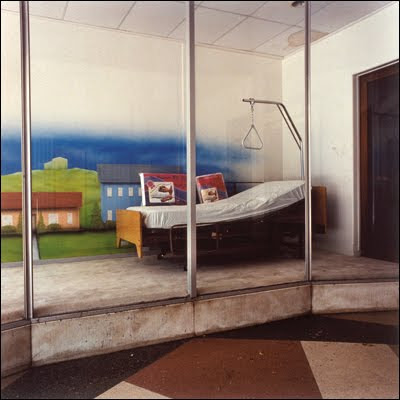 Pueblo, Colorado, 1999, Phil Bergerson
The other recurrent Bergerson motif is signs. I know signs have been photographed to death, and that they're often the source of bad visual puns and so-what moments. Still I am a sign lover. My knee-jerk reaction is to read every sign I come across for photographic possibilities, especially and above all handwritten signs because they are often the most organic elements in the social landscape. In Bergerson I recognize a fellow sign lover. I suspect he too cannot walk by any sign without reading it. 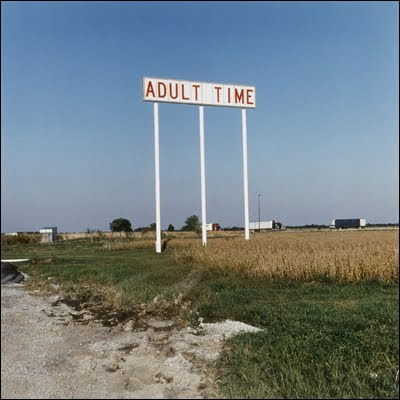 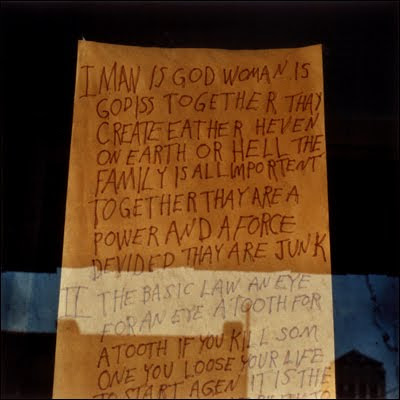 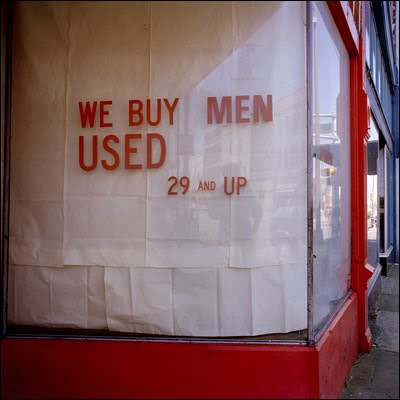 Springfield, Missouri, 1998, Phil Bergerson
All of Bergerson's images above and many others can be found in his book Shards of America, published by Quantuck Press in 2004 and sold for the ridiculous bargain price of $25.
Posted by Blake Andrews at 8:07 AM

I had never heard of this fellow canadian, thanks for the heads up! Love the work you have featured here.

Unfortunately, guys like Bergerson, Brian Rose (of the phenomenal The Lost Border) and Robert Bergman don't fit the art world paradigm. At least the latter's A Kind of Rapture is currently enjoying its just due...

I've loved the Bergman book for years. I didn't realize it was getting re-recognized. In what forum?

I don't know the Rose book but judging by web images it looks pretty good.

Thanks for the tips.