Got Live If You Want It

If you live in Eugene Ben Ficklin's show at The Wave on Blair is worth a look. He's 21. He's never taken a photography course. He has "a constant ambition to ingest, and then add to the world around me," according to his web bio. On top of all that he's a student and so presumably has access to good hallucinogens. 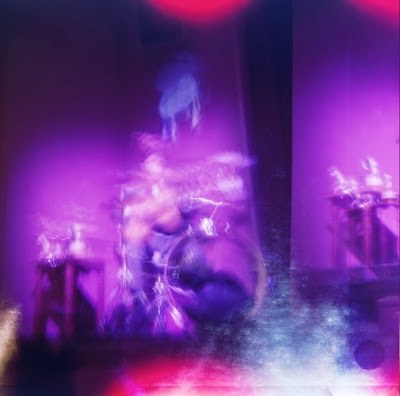 In the Wave show these ingredients manifest as double exposures, tilted frames, mis-advanced rolls, lightleaks, and similar "wrong" techniques. In more experienced hands that approach can get in the way of itself, but in this case I think it's been channeled quite constructively. The photos are playful and experimental. Although they're basically snapshots, several have been enlarged to 30 inches and printed on canvas. The effect is unsettling, but in a good way. Most importantly the photos look like his, a quality all too lacking nowadays. They're worth checking out but you'd better get down there soon because it closes today. Don't say I didn't warn you. 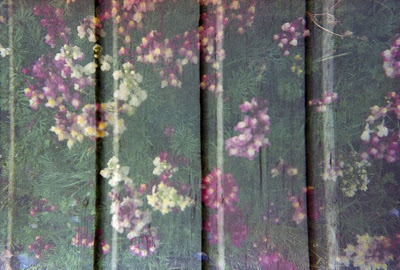 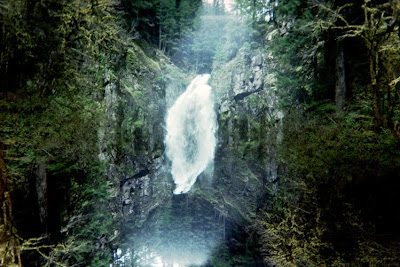 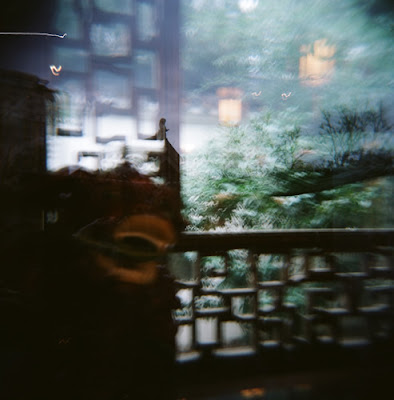 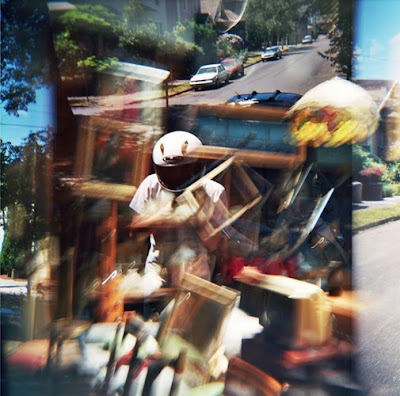 The other current photo show of note in Eugene is the Dorothea Lange exhibit at the Knight Law School. I posted a short blurb about it on January 22nd but since it was upside down I'm not sure how many could read it. But anyway the photos are rightside up. There are about 50 of them drawn from Lange's visit to Oregon in 1939, when she was near the top of her game. The images are brilliant.

These photos have actually been touring Oregon's university circuit for a while, first at PSU's Littman Gallery in 2009 and the following year at PCC's Rock Creek Campus. I think many have had a chance to see them by now and there have been many links and reviews. This one by DK Row is probably the most insightful.

The funny thing is that in all the press coverage I've never seen any reference to the fact that the prints are not actually by Lange. They are modern inkjets made from scans. And although many of Lange's Oregon photos are originally rectangular aspect the Knight show is composed of cropped square prints. 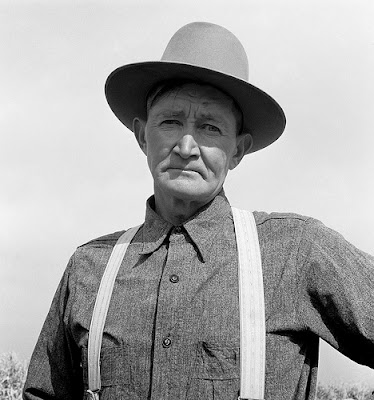 Mr. Wardlow, drought area farmer, adjusting to a Western farm. Dead Ox Flat, Malheur County, Oregon, 1939, Dorothea Lange
I have no problem with that practice per se. I've seen many shows with farmed out printing. When done carefully it can work. And it's certainly appropriate for Lange, since her FSA work was often cropped, edited and printed by others, even during her life.

But I don't think a show of modern inkjets is exactly equivalent to a show of vintage silver gelatin photos. There is a difference, and I think that difference should be noted in press releases and reviews. Otherwise it's like advertising that the Rolling Stones are playing in your backyard when it's just an iPod hooked up to some speakers.

Some will claim we've reached the age when such information is unimportant, and maybe they're right. After all most people probably just want to see the photos. They don't care who printed them. And there are probably many for whom an iPod is interchangeable with a live band, and I suspect that number is growing.

I probably sound like an old stick in the mud even raising the issue. I should just forget the whole thing and relax. Mix a drink. Get ready for that concert tonight. The Rolling Stones are playing right in my living room. Don't say I didn't warn you.
Posted by Blake Andrews at 8:55 AM

There's only so many of her originals to go around, so I can forgive the ink jets- since I take it the show is supposed to be about her vision however, the square cropping really is of concern (although, who knows- maybe they do look "better"). In either case, yes, both alterations should be clearly noted.

I just discovered your blog via my Google Alert for all things Stephen Shore, and already I've discovered a couple of interesting artists via your posts, so thanks for that. I absolutely agree with you on the need for disclosure on the inkjets. While I think it doesn't take anything away from the intent of the show, it should be told as part of the story, if only to educate amateurs like me.

I think of a printer as a translator. So, just like in my books, I want to know who printed the material, their intention when doing so, and how they did it; a translator's note. And I agree, the same picture in different mediums/formats is not the same picture.