Why Don't We Do It In The Road?

Some photographers are attracted to cooling towers. Some are drawn to pets or twins. For Dave Potter it's used condoms.

I've known Dave as part of the Portland Grid Project for several years now. We all shoot the same grid square every month. But somehow he finds condoms and the rest of us don't. Believe me, it's not for lack of trying. If I saw something as intriguing as a used condom I would shoot it. But I never find them. But Dave is like old faithful. If there's a used condom discarded in the gutter in a certain part of town, you can count on him finding it and shooting it.

The most recent grid was especially rich in material. It's a noisy, dark, industrial part of the city. Good for discreet protected sex. In a gravel parking lot near the airport, Dave found roughly 15 used condoms over the course of November. They came in all postures, colors, sizes, and degrees of decay. If only these rubbers could talk. Imagine the stories they would tell!

Dave must have several hundred photos by now of various rubbers meeting the road, but I don't think anyone outside the grid project has seen them. What follows is a brief sampling. 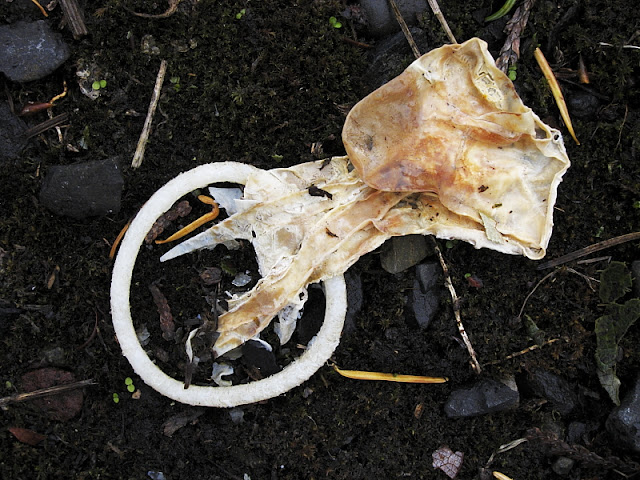 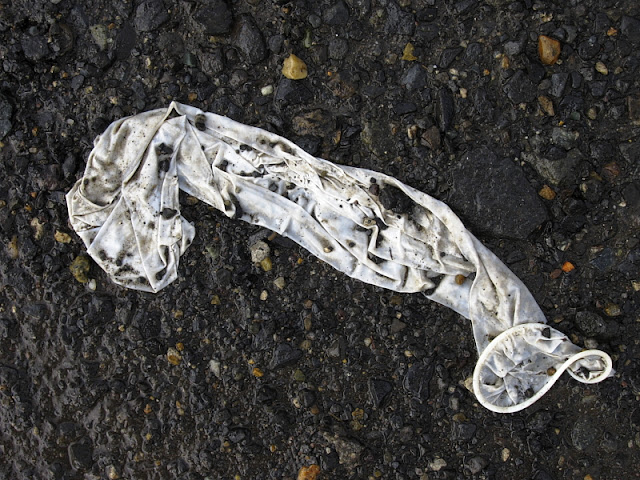 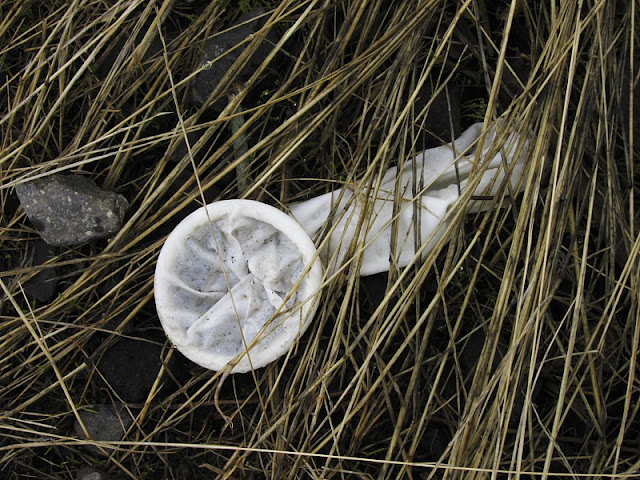 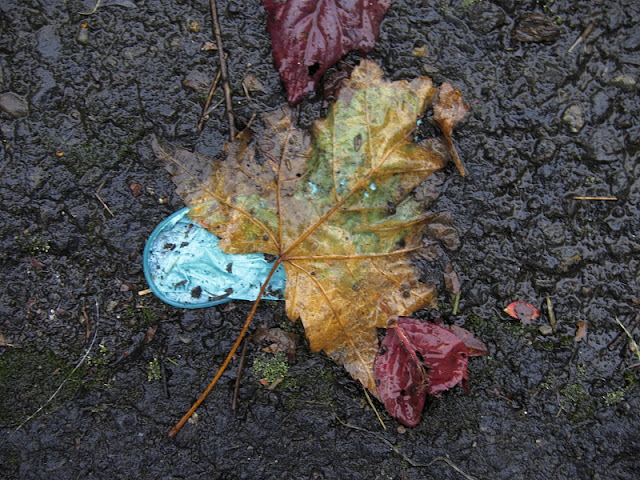 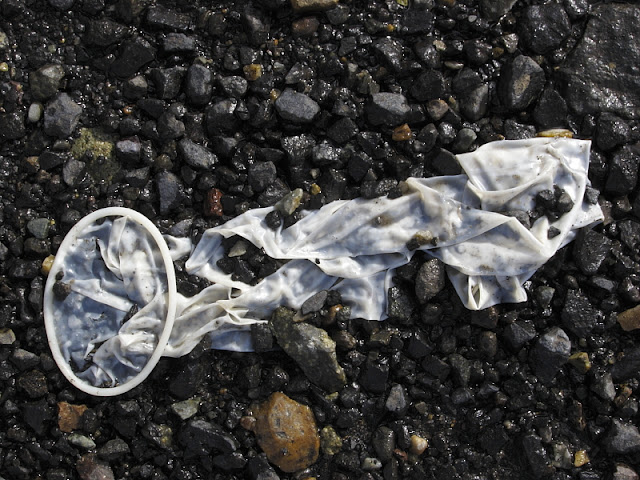 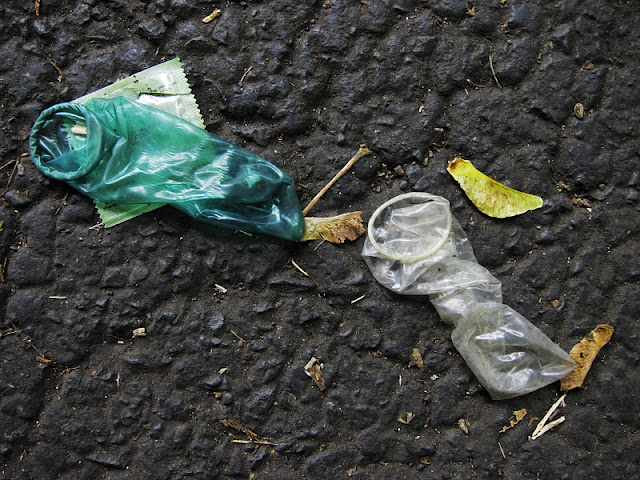 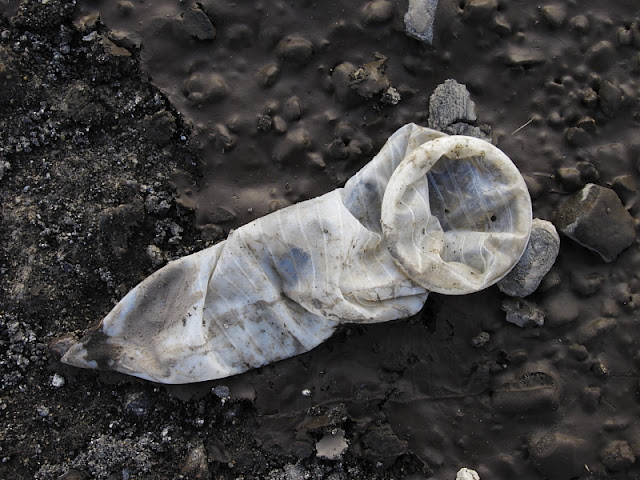 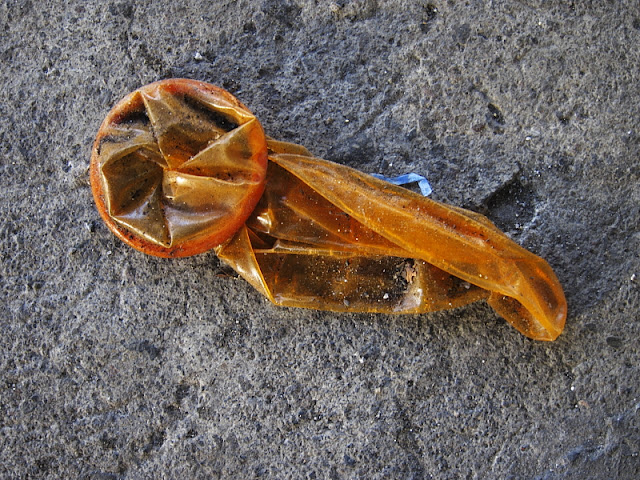 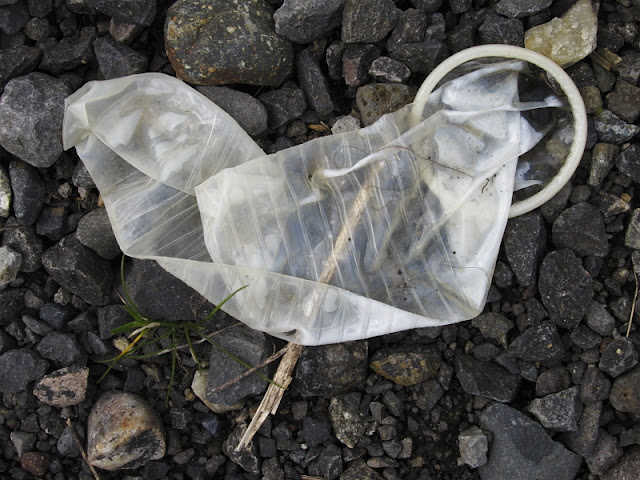 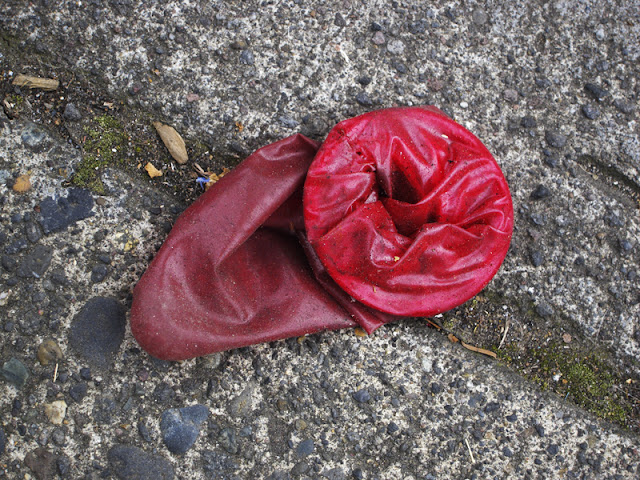 Posted by Blake Andrews at 4:18 PM

Interesting to find out I'm not the only one. The parking lot of the junior high near me is littered with the things.

I hope he uses a telephoto lens ha ha ha

I could see how someone would relate this post to the November 20th post. Sorry if they seem to cover similar subjects. It's just what crossed my radar. No grand plan. I think the thing that binds them, beyond that fact that most adults fuck, is that I don't expect these photos to be covered by other blogs. That's a prime requirement for B. If I see certain photos written about elsewhere, they automatically become the last thing I want to write about here. I dunno, screw it. It's Saturday night. I'm half-drunk. What else is new?

They look so sad.

But I think one of them is a sock. For sure.

I think the "sock" one was just an extra extra large?

The only photographic merit these images exhibit is that they are centered in the frame.

And yet even a lowly typological study of used rubbers has more merit than any comment written anonymously.

And since when is centering the subject a statement of photographic merit?

Well, the pun is good. A little gross, but what do i know.

I am looking for someone to help me with my Christmas lights. Do you know anyone interested in a job like that?

Used condoms are everywhere... all you have to do is look down!

I haven't seen or heard from Dave in a few years. The last contact info I have for him is dave@studiodave.com. Good luck!