December is great for shadows. In angled light it doesn't take much to make an interesting photo. The simplest twig will suffice. 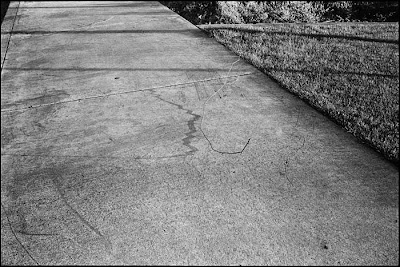 I've been making a lot of photos like this lately in which the subject matter doesn't seem to match its shadow. Untied shadows, I call them. The effect is magnified in black and white. Probably one of the most iconic untied shadows is by George Krause. If I were this woman I'd be afraid to look over my shoulder. 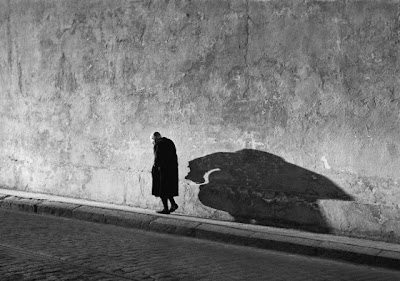 Shadow, Spain, 1964, George Krause
Ruth Bernhard's Lifesavers is another. The untied shadows seem at once improbable and inevitable. 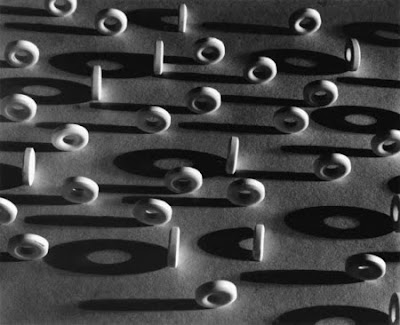 Lifesavers, 1930, Ruth Bernhard
Gizmodo ran some fun untied shadows recently in their series 30 Shamelessly Stolen Photographs. You wouldn't expect a pile of building blocks to make a human shadow but they do. 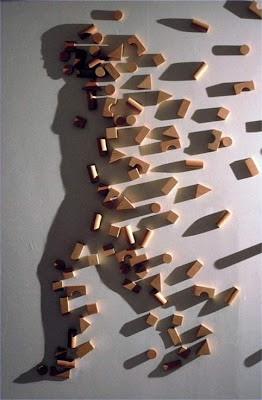 Building Blocks, 1997, Kumi Yamashita
Based on this photo, Alexandre Dion organized a flock of origami birds into a shadow of Alfred Hitchcock's profile. 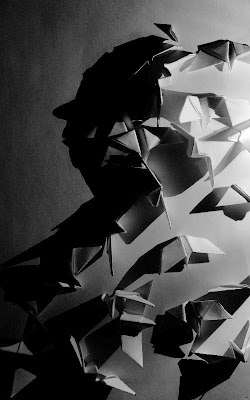 Of course there's no such thing as a truly untied shadow. As the examples above show, any shadow always refers directly to its subject just as any straight photograph refers to its original scene. Break either tie and the image appears false. 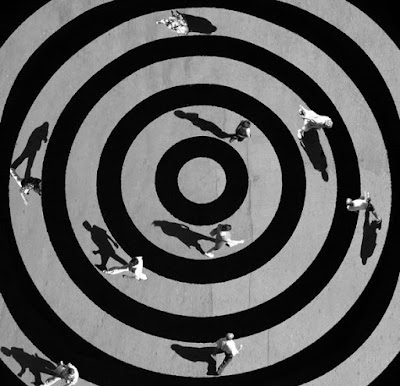 Source: Bednij
Keep both ties alive and ambiguous, however, and one can work magic. 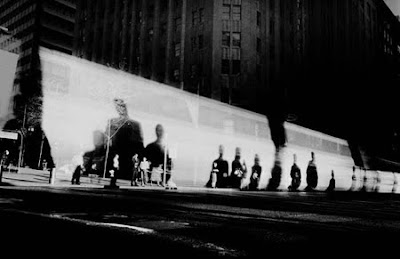 Moving Bus/Martin Place, Sydney, 2002, Trent Parke
I'm not sure what significance untied shadows have beyond visual fun and games. Maybe none. But I can't help looking for them this time of year. On days of shallow sun I can hardly walk a full block. Every shadow —every twig— seems worth investigation. Will it behave normally or...

Oh, who am I kidding? It's nearly winter and I live in Western Oregon. I haven't seen a damn shadow in weeks. Just day after day of overcast drizzle. But a guy can dream, right?
Posted by Blake Andrews at 7:39 AM

My favourite time for shadows is definitely the start of winter. The only unfortunate thing is that the days are so short... and the snow :-)

There's also that photo of an eggbox throwing a shadow like the profile of General DeGaulle. Can't remember who took that.