A few weeks ago I speculated about bestselling photo books. Richard Davies has now compiled what might be considered the counterpart list: Most collectible photobooks. In other words, least bestselling photobooks. Not exactly a scientific survey but still interesting to read. $12,500 for a 1958 Les Américains, anyone? 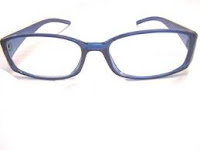 In Mid-November I noted some similarities in the facial characteristics of photobloggers. For various reasons everyone profiled was male. I'm now editing a similar profile for females. I have a few leads but I'm looking for others. If you're a woman photoblogger with dark framed glasses please email me a link to your blog and small jpg portrait and I will try to include you.

Finally, in early November I mailed roughly 1700 different work prints in 21 packages to various people around the globe. By now most have reached their destinations and I've gotten some feedback, including from Marc Feustel in Paris and Phill Hunt in Australia. 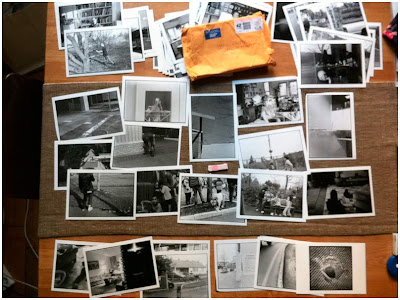 How the prints should've arrived
The only troublespot was in the UK where one of my batches arrived looking like this: 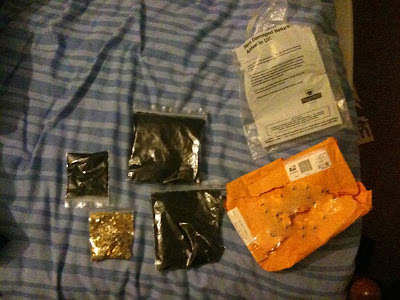 How one batch arrived
The envelope has been repeatedly stabbed and the work prints are gone, replaced by 4 plastic bags of sequins. Don't ask me. Robin Godden (the recipient) and I have tried to piece together what happened without any luck. It's too weird to be an accident but also too weird to be planned. But hey, what isn't?

I like the idea of some mail thief out there ripping open the envelope hoping for treasure, finding 80 photographs and a stick of gum, and maybe discarding them in a place where they might be yet again refound. In the grand scheme it isn't much different from last summer's trip to London and Paris when I left photos on random park benches and phone booths. Johnny Photoseed turns 42 tomorrow.
Posted by Blake Andrews at 7:16 PM

Hmmmmzz, does anyone remember the book accompanying the exhibition, The Family of Men.....?