I managed to get out for a few hours yesterday to shoot the icy Kennebec in Skowhegan. I came home around 4 and turned on the TV to see if any tight games were finishing up. The first channel I checked had the Giants up on the Eagles, 31-10, about halfway through the fourth. Game over. I don't know why I kept watching. I guess I was feeling lazy and on vacation, and cold snowbound Maine changes my patterns.

If you're a football fan you know what happened next. That was probably the most entertaining seven minutes of football I've ever seen, and I don't even care about the Giants or the Eagles. The reason I was drawn in, the reason it was entertaining, is that the outcome remained uncertain until the end. 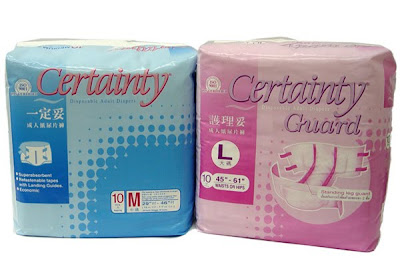 Uncertainty! This is the one and only reason to watch sports. The longer the outcome remains undecided the more entertaining the game. Blowouts are boring. The best games, like yesterday's, are decided on the final play and not a second earlier.

The parallel to photography is direct. Photographs which occur in an uncertain environment have an energy that is often lacking in planned images. The purest example is street photography. A street photographer has no idea what he or she will see from one second to the next, and the best street photos feed on that energy.

Photographers of static environments —Eggleston or Shore, for example— have a slightly better sense of what they'll find, yet still remain open to chance.

Then you have the previsualizers. The classic example is someone like Adams. He may have wandered by chance searching for material. But once he settled on something the image became as foregone as a pinned butterfly. I think the working method of most photographers falls somewhere near Adams. Most of us are open to new finds yet bound by preconceptions.

Last on the uncertainty scale are the advertising shooters, art-world conceptualists, and miscellaneous Photoshoppers whose images exist mentally even before they're created. These folks know the final score before they even begin watching the game.

A challenge for photographers is to keep the sense of uncertainty alive, even while gaining in skill and experience. This is opposite the natural course in most disciplines, which is to minimize uncertainty as one becomes more proficient. As it should be. You don't want an uncertain surgeon performing a heart bypass or an uncertain computer repairman fixing your hard drive.

But photography is different. The ability to remain open to chance is precious.

I've been thinking about this lately because in the past few weeks I've been shooting almost exclusively Holga. Aperture is uncertain. Focus uncertain. Shutter speed uncertain. Light leaks uncertain. I'm gradually getting to know the camera but I still find the images consistently surprising, especially when shot from floor level with flash.

Trust me, you don't want me operating on you. But you do have to admit your liver would look more interesting over by your neck. Game over?
Posted by Blake Andrews at 9:35 AM

As a possible counterpoint, isn't much that is called street photography somewhat previsualized and planned? As an example (as the most ubiquitous example, perhaps), HCB's famous shot of a man jumping a puddle. I've read that he shot (my memory is flaky - 30?) frames at that location; that he pre-saw the potential for that puddle and sat and photo'ed a variety of people jumping it until he got the one image he felt was good (or great or maybe perfect).

Chance led him to the puddle and chance influenced the multitude of minor details in the one famous shot, but pre-seeing the shot then sitting and waiting and shooting and reshooting sounds possibly closer to the Eggleston or even the Adams methods you describe. True, he didn't know what the pedestrian would look like, nor their exact pose; but he found an environment where chance could build the shot he wanted.

I see all this as different from generic-photographer walking around and snapping shots as scenes catch his/her interest. And I think the calculation HCB probably employed aided him in making that shot.

I guess I am suggesting that the ideal blend would contain previsualization, planning, and chance. Perhaps it is good to minimize some uncertainty while allowing some uncertainty room to grow?

As you point out a lot of street photography is planned to varying degrees, but I think the heart of it is chance, especially compared to other photographic forms. I think that's part of the conundrum of street photography. One must remain alert and focused, yet still open and shifty. How to do two seemingly opposite things at once? I'm not quite certain.