Virginia photographer Gordon Stettinius is considering a run for U.S. Senate in 2012. This spring he formed an exploratory campaign committee and changed his name to Godfrey Damon Wright (which focus-grouped better than his current name). Most recently he protected his right flank by joining a denomination and mailing the following letter and photograph to supporters. I received mine yesterday and I must assure you that, for me at least, it put to rest any lingering suspicions of malfeasance. 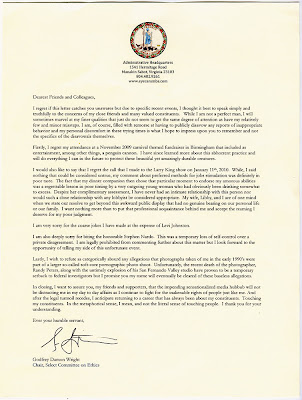 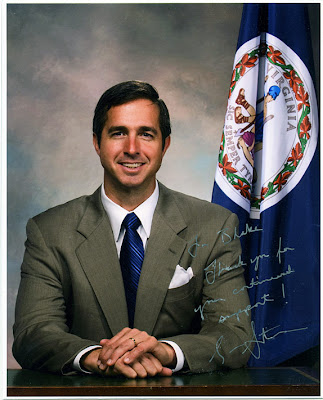 The slate is clean. He's rested and ready. Isn't it about time we put a photographer into office?
Posted by Blake Andrews at 7:24 AM

His hair is parted on the side of his head so that's a good start...

Good thing he positioned his hands that way so we can tell he's married.