I did some holiday shopping last weekend at the local flea market. 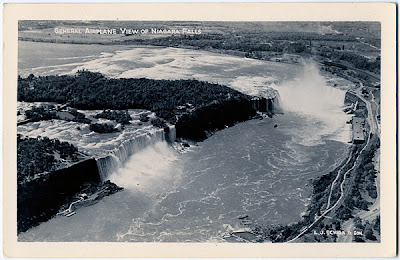 Flea markets tend to be a grab bag. 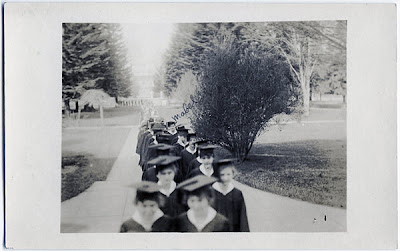 A lot of the stuff is just plain junk. Someone cleaned out their root cellar or they need gas money or whatever. It's desperation basically. Don't ask me who buys that stuff. Speculators? 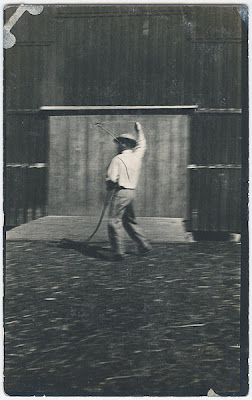 Mixed among the desperados are the regular antiquers. These are folks who're consistently able to find old unwanted items for cheap, sell them at a marked up price, and live off the difference. It requires an eye for quality and for wheeling/dealing, both true skills. 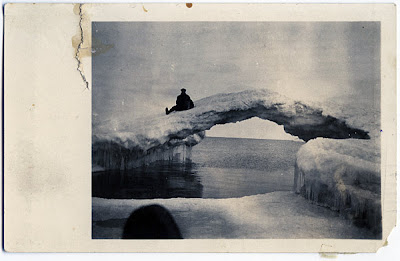 At the top of the heap are the antiquarians. These people are more like historians than peddlers, in it for the culture as much as for the money. They are society's physical archivists, buying and selling carefully sifted material. Sometimes it's furniture or heirlooms but more often books and other printed material. 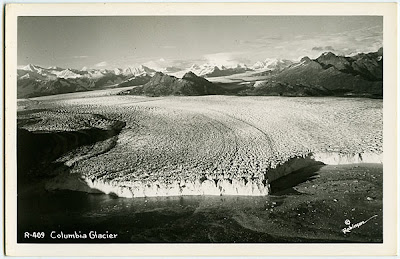 At the flea market last weekend was an antiquarian I hadn't seen there before, and lining his table was an extraordinary collection of old snapshots. Some had been removed from scrapbooks. Most were old postcards from 70-100 years ago. All were original darkroom prints from large negatives on fiber paper, roughly 4 x 6 inches. They were damn gorgeous. 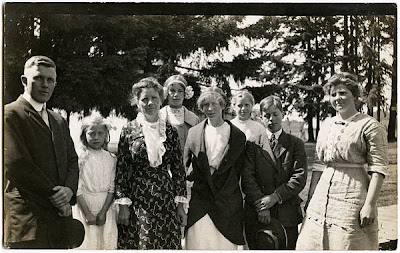 Some had handwriting on the back. 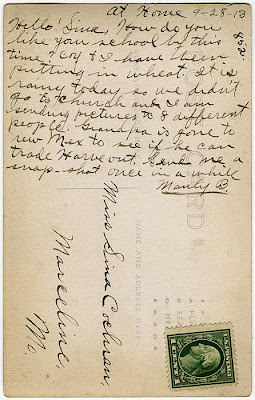 I found the least interesting ones to be the graphic studies, the photos of shadows or funny shapes that don't tell you anything except how the sun operates or how clever the photographer was. Looking through the antiquarian's table, I had the realization that I take a lot of these sort of photos.

The most interesting photos were the plainest. A woman floating near a fence. 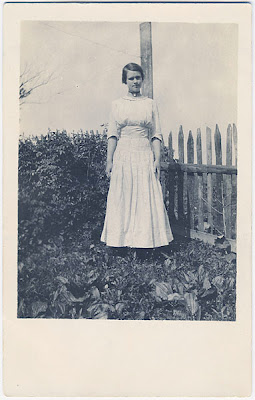 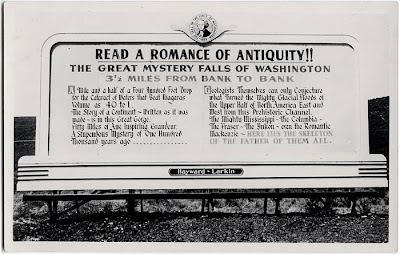 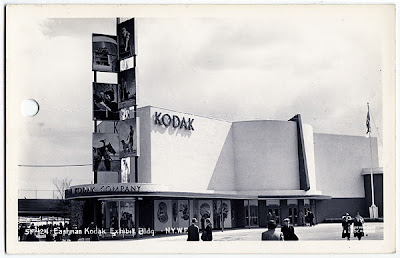 Surely these things didn't seem extraordinary when they were photographed. Why did anyone make images of them in the first place? 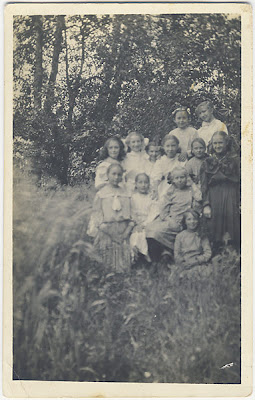 The antiquarian was asking 50 cents apiece for the photos. I came home with three dozen. 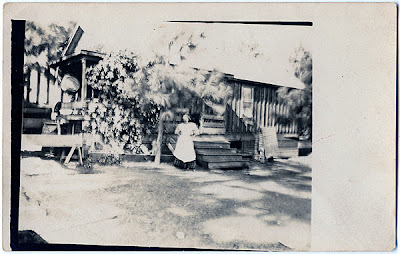 I'm not quite sure what I'll do with them. I think they'll make great holiday gifts for my photographer friends but before I give them away I want to study them. 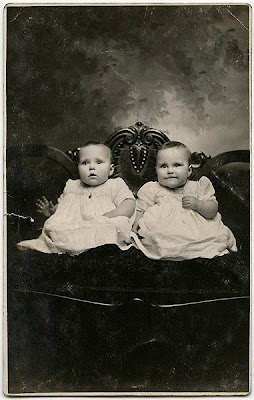 Before last weekend I had never bought found photographs. The whole concept seemed a little odd to me, and I am a photographer. For nonphotographers it must seem totally bizarre. What demented mind would find pleasure looking through a stranger's private photographs? 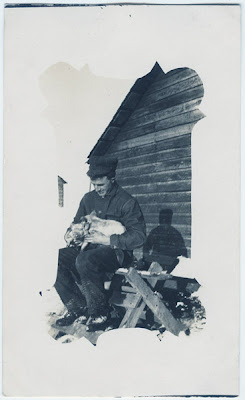 I think the urge may be similar to a rockhound. Sometimes it's nice to hold something in your hands that's real, that has scars and mass and secrets.
Posted by Blake Andrews at 7:06 AM

I like the postcard of Niagara Falls. I've ner been there, but my Mother and Father spent their honeymoon there after marrying on August 16, 1941.

I love buying photos like this. However, where you say the plainest are the most interesting, I'm the exact opposite. I would have passed right over the photo of the woman standing next to the fence. When I gohunting for pints, the more enigmatic the better.

My best score ever was a 4x5 negative from the 1940's depicting a woman in a bikini jumping out of a box sitting int front of an old timey airplane to surprise a very unsuspecting man in a suit. I made an 8x10 of it and have a framed copy hanging in my hallway.

I posted an interview with Robert Flynn Johnson on my blog which came from public radio a while back. Definitely worth a listen if you are into this kind of stuff. He published a book on Anonymous & found photographs which is one of my favorites in my collection, and he talks about collecting them in the interview.

Some great finds. The one with the inscription "Mabel" is fascinating.

I don't think plain and enigmatic need to be exclusive. The photo of the woman floating is pretty plain but also very beguiling. Where are her feet? I tried to pick plain/strange photos to run in the post but maybe that's repeating myself because nearly all old photos have some mystery to them. That's part of the fun.