The other global recession

Every summer since moving to the Pacific Northwest in 1992 I've spent time on the glaciers here. A glacier makes you feel small like nothing else does, not even the ocean.

I think the world would be better off if its presidents, prime ministers, and CEOs could feel small once in a while.

While researching this summer's glacial outing I found these images by Steph Abegg on a random trip report from the North Cascades: 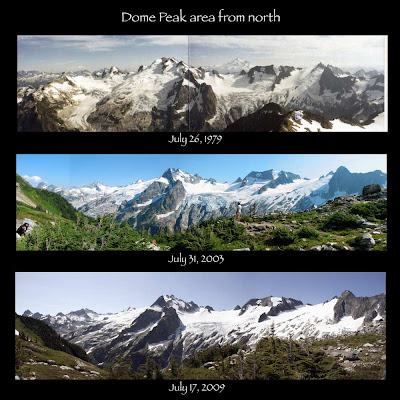 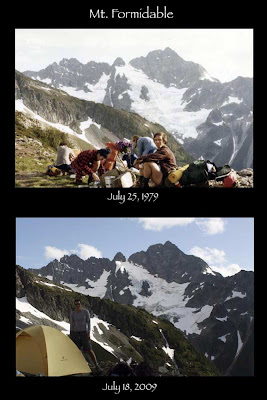 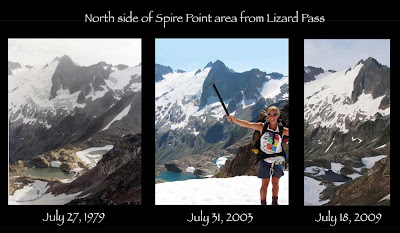 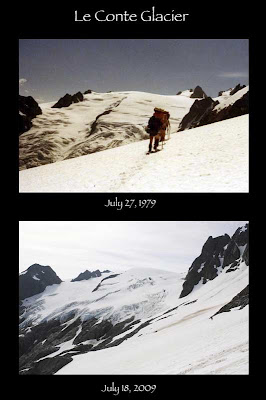 The amount of glacial recession shown in these rephotographs is stunning. 30 years is like 1/1000th of a second to a glacier. It's nothing. Yet look at the change! At this rate some local glaciers may disappear completely within my lifetime. Here's me thinking about a world without glaciers: 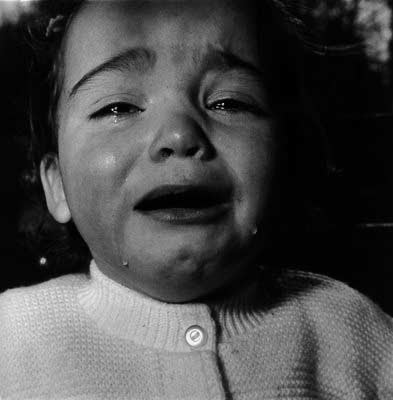 Every year I make a similar mental note about glacial recession, and every year they recede a bit further. Yet it isn't until I look at photographs like the ones above that it really becomes tangible and undeniable.

I know global warming is old news and not very exciting. Everyone knows we're irreversibly reaming the planet so there's no sense preaching about it. I just want to say that it's very real, real enough to be photographed.

I know how to make it even more real. I need to go into the mountains for a while. This computer is a damn sorceress and I need to break her spell. I'll pick up B again at some point in the indefinite future...
Posted by Blake Andrews at 9:41 AM

Crissy said it was 106 in Eugene today