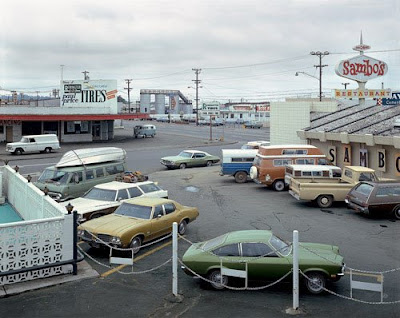 Bob Crivello's used car lot is visible in the center rear of the image. I remember Sambo's Restaurant from my boyhood in Eureka (where I lived from from ages 5 to 8, during the time of Shore's photo). The mascot of the menu was a small black boy with exaggerated pink lips. In backwoods upstate California this passed for diversity training, but that's another story.

One of the great things about Uncommon Places is that the captions are mechanical, listing only the precise place and date. Just the facts, Ma'am. I think Shore did this to encourage a dry reading of the photographs, part of his effort at making them seem effortless.

Thirtysomething years later many of Shore's locations have been reshot by a photographer that is even drier and more clinical than him: Google Street View. This is Just the facts, Ma'am taken to the nth degree. Plug in Shore's addresses and the Street View lookup is simple. I believe Dalton Rooney was the first to explore this in a February blog post. Here are a few of my own examples. 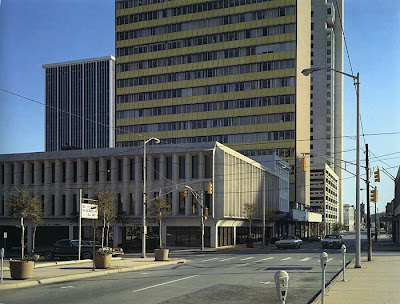 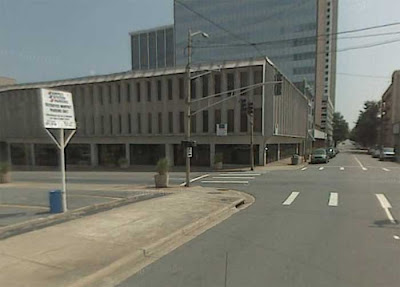 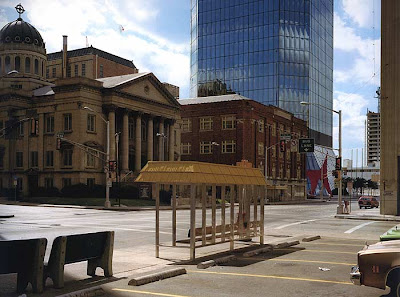 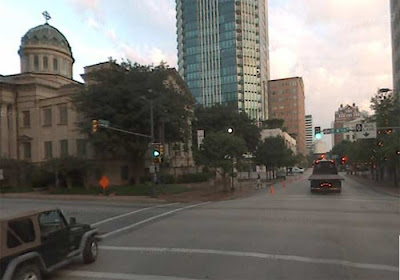 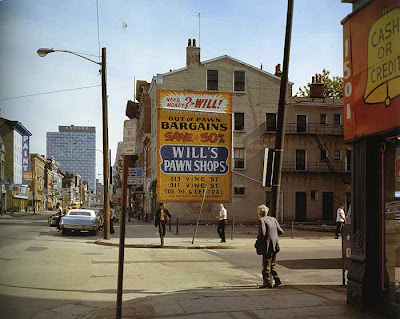 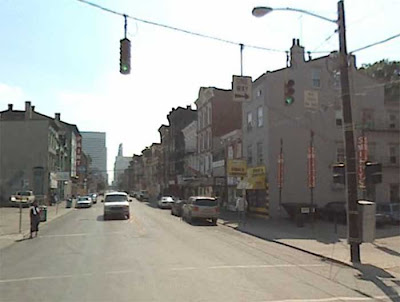 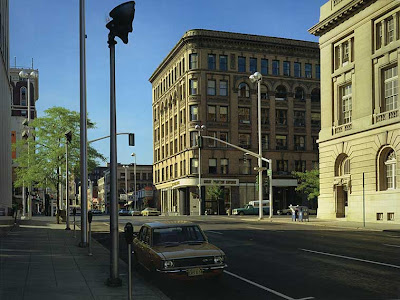 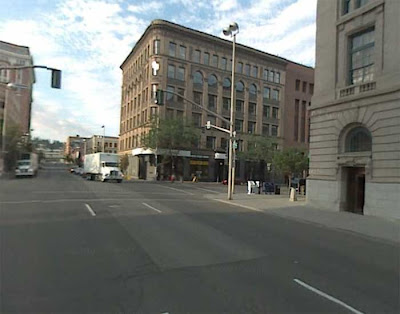 No one would ever mistake the photos of Google Street View for Shore. They show the same locations but that's about it. Where Streetview gets interesting is in the interactive mode. You can program an address, bring it up on the screen, then walk up and down the street or turn in a circle to see various perspectives. For the Shore photos, this is a bit like being in his head. Why did he choose to photograph certain corners? Why did he aim the camera one way instead of another?

Of all photographers, Shore seems to be the perfect foil for this. Not only does he give us the exact address of his photographs but the scenes are mostly static and thus easily rephotographed. Also, there is something in the nature of his photographs that seems to invite second guessing. At first glance they seem so arbitrary, so unimportant. Walking around in Street View helped me realize that the subjects he chose were anything but arbitrary. They were the zenith of editorial precision.

At the rate things are going most of the developed world will wind up eventually on Google Street View. There is already a site dedicated to filtering out some of its better images, and I expect more of these to pop up. We'll need them because most of Google's shots don't stand up on their own. As individual photos they fall flat but as general background reference they provide a fascinating context. In the future we'll be able to look up the location of any urban photo and get in the head of the photographer. Can you imagine if Google Street View existed during the life of Atget or Evans?

Christopher Rauschenberg has a saying, "any photograph taken today, even the least interesting ones, will become interesting in 50 years." Google Street View may be the final proof of that.
Posted by Blake Andrews at 6:45 AM

Last month, I happened to stop for gas at the staion on La Brea that Shore photographed in 1975. This is a pretty weird coincidence because I live in New York, just got my driver's license a few months ago, and bought gas in LA exactly once before we returned the car to the airport. We were looking for hamburgers.

Editorial precision is a good way to put it. The photograph feels remarkably stable, as if everything were already in just the right place and he just had to show up and click the shutter. In reality, out of an infinite number of possibilities, he took the best possible photograph of that scene. It is utter chaos and it blew me away.

Did you see the Tate's Google Street View mashup referencing the paintings of Constable and Turner?

Here are a few tweets I've sent out recently with some Street Viewed Shore rephotography. (Now with clickable links)