The annual Photography at Oregon auction was Sunday at the Schnitzer museum on campus. I went out of curiosity and because I had donated a print. You might think that an auction lets the buyer determine the price of the good. The buyer decides what he wants to pay and if he is the highest bidder he wins the item, which is indeed the way most auctions work. 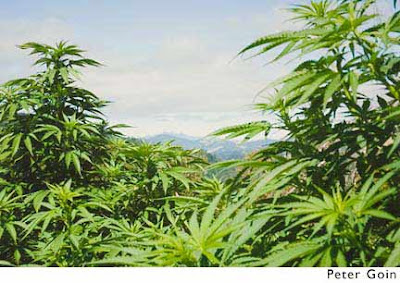 Art auctions are a bit different. Before anyone decides what an item is worth, the auction house tells everyone roughly what the item is worth. Usually this price is on the high end so that when the bidder wins the item for less than that amount they can feel good. But the key here is that art bidders --at least in the eyes of auction houses-- are generally unable to figure out for themselves how to value artworks. They need hints. They need to know about the artist's history, how much that artist generally sells for, the piece's provenance, how the art fits into an art historical context. In short, they need to know a lot of things that have absolutely nothing to do with the specific art piece in question.

I find this troubling, and a bit mysterious. It's probably why I am generally unsuccessful at selling my photos. Here's a modest proposal: A photo auction without labels or prices. Each piece would be described by its dimensions and media, but nothing else. No author. No suggested retail. No cachet. No art context. Take away that information and let Adam Smith's invisible hand extend to the art community. Let the bids reflect a completely honest appraisal, no strings attached. 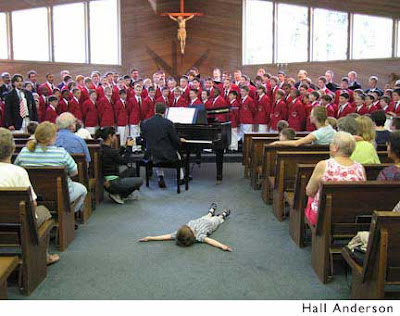 Here's what I think would happen: Some results would be similar. The George Tice in yesterday's auction would get several hundred dollars even without supporting information. It's a fine print by any standard. But for most mid-tier work in which the primary appraisal tool is the artist's resume, the game would be wide open. There would be rumors about who had done what or what each piece was worth, but no certain information. The only sure thing would be what potential bidders could see in front of them. They would be forced to look at each piece, I mean really look hard, to decide what they honestly thought of it, and to decide how valuable it would be to them personally. There would be increased focus and more attention on the art.

It's an interesting thought experiment which will probably never happen. What happened instead is that each piece was prefaced by a little speech about the artist. I was curious to hear how I would be described. I'd purposely left that part of the donation form blank because I didn't want to be described. I wanted folks to bid on my work, not on me.

A few seconds into my introduction I knew I was in trouble. They'd found something on my website and it wasn't a brief bio but a long breezy outlook on photography that I'd written 4 years ago referencing Winogrand and Siskind and the nature of looking, bla bla bla. It went on forever. I kept hoping they'd cut it short but new paragraphs kept coming. Looking around I was glad no one knew me by face. I never would've bid on a print by someone with such a long pompous introduction. Who did I think I was?

My print went for $50, the bottom bid possible. The good news is it went to the Tice buyer so at least it can sit in a drawer with good company.

The next day I pulled the rambling text from my website. It is at the end of this entry for anyone curious.

In general the auction work was pretty tame. If you ignore the past 30 years of photography, add a little more color, and throw in a large portion of inkjets you'd get a similar pool. I made one bid, at $110 on a beautiful fiber print by O. Rufus Lovett. I was quickly outbid and then sat stewing about it.

I saw Bruce at the auction, down from Portland with Dennis and Dierdre. Perhaps my favorite body of work of Bruce's is from 20 years ago in LA. He went into the streets and captured wonderful candid moments, and the photographs taken as a whole really tell a story about a bygone era. When Bruce shot this stuff he was basically outside the photographic community. He knew no photographers in LA. He showed his work to no one. He just went out and did it because doing it felt right. When he made those images, Bruce was basically where I am now in Eugene.

I STARTED PHOTOGRAPHY IN 1993 but it wasn't until 9 years ago that it became a daily habit. I like working alone, I like being outside, I like exploring, I like thinking with both sides of the brain, and I like to see the tangible results of that process. Photography lets me do all of this, but of course the main reason I photograph is that I love it and it is what I am.

My photographic philosophy borrows from Winogrand and Siskind. Winogrand said he photographed things "to see what they looked like photographed." I find that happening to me constantly. I'll come to a subject and observe it, but somehow the interaction does not seem complete until I've photographed it, mostly out of pure curiosity about what it might look like as a photograph. I photograph a lot of moving objects, low-light subjects, and use infared film sometimes, all for the reason that my eye cannot show me what will be in the photo and the only way to find out is to release the shutter and it's usually a surprise and I like surprises. Life with surprises: good. Life without surprises: bad.

It was Siskind who best articulated the idea that a photograph could be something new and unique, an object existing in and of itself apart from the subject depicted. I couldn't agree more. My favorite photographs have almost nothing to do with where or when or what the original scene was. They transform the scene into a flat composition with its own magical order. Shooting black-and-white helps enforce the divorce from reality.

Not that I am an advocate of total abstraction. I want to know what the subject matter is on some level. Otherwise I might as well be an expressionist painter or something and I have no interest in that, so there's something in photography's integral connection to reality that attracts me. Yet I do not want the subject to interfere with the identity of the photograph. I want form to subjugate essence. The only counter-example I can think of is portraiture, in which the goal of the photograph is to reveal something about the subject, but I don't do many portraits so personally this is a nonfactor.
Posted by Blake Andrews at 4:17 PM