It's been interesting reading the variety of responses to Colin Pantall's What's New in Photography? post. I've discovered a few new photographers and gotten reacquainted with many more. For those just catching up, Joerg has compiled a complete list here.

All of the responses to date have focused on image makers. Which is appropriate since Colin asked specifically about photographers. But in a certain sense that side of the equation hasn't changed much since Talbot and Daguerre. You use a device to write light onto some recordable media. That's a photo.

What's really undergone a revolution in recent years is the other end of it, our consumption of photos. The basic situation is that the world is awash in photos and there's no way to deal with them all. So we've set up all sorts of interesting edits and filters and curations to help sort things out. Colin's post might be seen as one small stab at sorting. Ask the experts and see what they say. That's one way. 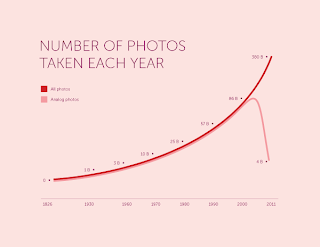 Another way is through collective editing, and the collective consumption aid of the moment is Tumblr. 2012 was the year I began to use Tumblr and to realize its possibilities. I contribute to a few group Tumblrs. I post a photo per day on this one. And I follow many Tumblrs through my dashboard. So I may be viewing Tumblr through a newby's impressionable glasses. But I think Tumblr thinking does exert some influence on photography generally, and that influence is growing.

There are many Tumblrs where people post their own photos, in which case a Tumblr acts a bit like the oldschool one-a-day photoblogs. But the Tumblrs which interest me more are what I might term third party Tumblrs, the ones which comb the web and repost interesting images (and sometimes text and other items) by others. These Tumblrs are in turn combed through by other Tumblrs, resifted and resorted ad infinitum. Taken as a whole the Tumblr community forms a sort of hive mind, a collective snapshot showing which photographs resonate at any given moment. It's a simple equation: the more notes a photo has the more it's been seen. Which in some sense is the most powerful variable regarding a photo's fate. Billions of photos are produced each day but only a small percentage will have any legacy. And to the extent that Tumblr can track that, it's a great analytical tool.

The other aspect which interests me about Tumblr is its effect on editing and sequencing. Third party Tumblrs act a bit like radio DJs. Some shows have a theme. Some sequence songs one by one. Some play the hits. Some have no pattern at all. Whatever the case Tumblrs tend to pick and choose individual photos without much regard for original context. Whatever fits the show.

Every Tumblr has this initial layer of editing but that's hardly the end. Once photos enter into a specific Tumblr's stream, that stream is shuffled and restreamed by other Tumblrs. By the time it gets to the second or third level there is no longer a DJ. It's just one big shuffle. At the end of the chain is the Tumblr user encountering the photos through his or her Tumblr dashboard, where all of these photo streams feed into one sequential river. I think a dashboard acts a bit like automated style control. The photos coming through a certain person's dashboard might take on a signature flavor depending on what Tumblrs they follow. Regardless, by the time any particular photo hits the end user it's been shuffled so many times it's lost most of its initial context. The only way to examine the photo in the context of its creation is to click through to the image, which I don't think happens much.

Is everyone still following me? Or have you clicked unfollow already?

The upshot of this is the age old saw. The only thing you can know about a photo is what's depicted in the frame. You can make guesses about narrative and staging but now more than ever, what's in the photo matters. Because someone looking at that photo via Tumblr isn't going to know about your project or your special sequencing or maybe even your name. It's just the photo.

This is why Tumblr is probably ill suited to the display of cohesive projects. I've heard some complain about Magnum's Rochester Project or LBM Dispatch being a bad use of Tumblr. I think what this complaint is really about is that these Tumblrs are being fed through a dashboard along with hundreds of other feeds. Stripped of context, the project's photos lose their punch.

OK, so in one sense this is nothing new. We've been living in a shuffle culture for a while now. Tumblr is merely the latest manifestation. But I think what is new is that Tumblr editing is beginning to effect nonTumblr applications such as books. Recent monographs by Roe Ethridge, Jason Fulford, or Ron Jude, for example, seem to sequence photos in a deliberately shuffled way. Maybe it's just me but that randomized style seems to have gained currency in recent years.

Taking a step back I think the incredible rise of the photobook over the past decade may be partly a reaction to this shuffle culture. A book is perhaps the only display method in which photographers can exert some control over consumption. Of course you can read a book in many ways but it does have a traditional beginning, order, and ending, and photographers go to great lengths to edit their monographs accordingly. The interaction of photos contained in a book can be somewhat controlled, but put those same photos in a gallery or on a website or in a Tumblr, and they are unleashed. So the urge to put photos into book form takes on added meaning.

Perhaps the most contemporary method of displaying photos is to do something completely random like publishing a deck of playing cards. Each new shuffle brings a new edit. Each new shuffle brings the deck closer to Tumblr. Shuffle it as many times as you want. It'll never regain its original order. Which is fine, because only when it's been fully randomized can the game begin.

Precisely. I started using Tumblr because I thought I could make an "oldschool photo blog" out of this, with no bells and whistles, no ads, no pressure to like or befriend. A virtual corkboard where I could pin up my pictures and text fragments, and share them to friends without the terrible clutter that are facebook walls. I originally thought I'd never follow anyone, nor would I care about the reblog thing.

As usual, I was wrong. So far, very few of my photos have been reblogged, but sometimes they end up in strange places. These abrupt shifts in context are fascinating and revealing, perhaps more so than a portfolio review could ever be.

why assume that the original context of a photograph is something other than the experience of seeing ?

i think that you should include Tim Barber in the people that "seem to sequence photos in a deliberately shuffled way" his "various" section at tinyvices.com (where he is editing pictures of other people) is exhibiting exactly this kind of aesthetics long before tumblr appeared

I use Tumblr as a photo blog. I create text posts and include photos, and it works nicely - except that you only see placeholders instead of images or thumbnails when it is displayed in the dashboard.

Your post made me realize that I rarely, if almost never view Tumblr via the dashboard. Maybe its because I followed too much stuff mutually at one point and ended up with a lot of Tumblrs that aren't all that interesting to me. Or perhaps I only seem to remember that Tumblr exists when I need a small break during work hours, and the dashboard is huge roll of the dice of there suddenly being dick & tits on my screen.

But either way, the ones I really enjoy, I do the old fashioned way of viewing one at a time to keep it all synchronized.

I use the dashboard to see which Tumblrs have been recently updated, then click through to ones I know will be interesting. But this probably only works if you follow a limited number which I do. If you follow 50 or 100 or more it probably gets unwieldy.

I think Tim Barber would fit nicely into the shuffled camp along with many others. I just listed the first few which came to mind. Also, Shane Lavalette's first Lay Flat comes to mind with shuffle-able photographs published separately on card stock.

I've just started using Tumblr (yes, I'm blogging again; not sure why) and the weirdest reblog so far was a photo of an iguana of mine being reblogged on "I rate ur iguana", where iguana pictures are rated each day (mine got a 7/10).

Blake, it's funny you posted this on the same day that I wrote up some similar thoughts over at American Photo:

I think you might be interested to read some of the "Behind the Notes" posts where we looked at what happens to photos when they end up on Tumblr...

Anyway, I guess something was in the air. I agree with you about the popularity of photobooks as a reaction to digital developments, by the way.