Q & A with Jon Feinstein 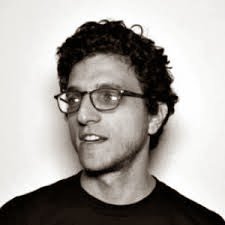 Jon Feinstein is the co-founder of Humble Arts Foundation and co-curator with Amani Olu of Tough Turf, a recent online exhibition of street photography.

BA: What motivated you to curate a show of street photography?

JF: For the past few years, Amani and I have been especially interested in how photographic genres break down, evolve, get muddy, or absorb multiple influences; but, with a few exceptions, we overlooked a lot of photographers working within the tradition of "Street Photography." With our relaunch, we felt it would be both natural, and an interesting challenge to look at work that was influenced by classic street photographers like Winogrand, Bresson, and Hellen Levit, but maybe bent the "rules" a bit, pulling in influence from other genres, practices etc.

In reviewing submissions, what are some common street tropes you noticed consistently? What are the street cliches?

There is a range. There's a lot of new work being made using Google Street View. Lots of photos of people emerging from crowds. Heavy plays on shadows as metaphors. Drive by shots through car windows.

How do you think contemporary street photography fits into the current photography scene? How is it viewed, for example, by museums, galleries, and fine arts curators?

I think for many people not tied to specific street-photography communicates, it is often perceived as a thing of the past. It's a Bresson retrospective or a rediscovery of Vivian Maier's photographs of Chicago. With a few exceptions, as a genre it's often, at least on the surface, not associated with the "contemporary-ness" of exhibitions focusing on New Photography. There are some exceptions to this--for example, Street Photography Now, was a great collection of contemporary work that definitely positions it as current and evolving.

How would you characterize the work in Street Photography Now compared to Tough Turf?

I think there's actually a bit of overlap in both, with several photographers, including Gus Powell, for example, being included included in Tough Turf and Street Photography Now. I think the main distinction between SPN and TT is that SPN is positioned, quite well, as a comprehensive overview of the current state of street photography. Tough Turf is a bit more ambiguous, and aims to pose questions about how we define street photography today.

I think what ultimately joins it all is some connection, however loose, to Cartier Bresson's "Decisive Moment," where time and space align or collide to create something absolutely magical. For this show, we found it was interesting to widen that idea to also include work that achieved that same kind of magic through digital, or staged practices. I know that citing Mr. Bresson is as easy as citing Ansel Adams in the context of Landscape Photography, but it really is the strongest root.

When you say "magical", where do you think that magic comes from? Or is it just a word imposed by the viewer?

It's probably just a word imposed by the viewer, but for me, it's about an other-worldly-ness that comes about when a photo just "works."

So how would you define street photography as simply as possible?

For Amani and I, our main interest with this show was to remove a rigid definition entirely. To see if work could include overlapping genres, but still be considered "street."

How did your views on street photography change after you put the show together?

As much as this show was open to, and included a lot of digitally altered work, it actually gave me a greater appreciation for the "sport" involved in more traditional street practices, and the ability to create fictions without any kind of digital manipulation.  I'm thinking specifically of photographers like Matt Weber. He's not in this show, but I've been a huge fan of his work on New York City's Upper West Side for years.

It's interesting you mention Matt Weber as an example of fiction. I think of him as one of the most non-fictional photographers out there. But anyway, why wasn't his work included in the show?

I mention Matt Weber because he often grabs moments that are so perfectly timed that, for me, they elevate his truths to something else entirely. Matt didn't submit work to the open call but perhaps we'll work together in the future!

What reaction has the show received so far?

That's actually been one of the most interesting pieces of this whole process, and it's been mixed. I've seen a lot of negative, troll-like reactions on the Hardcore Street Photographer Flickr forums, which I can't say I didn't expect. When we launched the open call, the amount of responses to the five words "digital images will be considered..." made the negative responses from this community to the actual show fairly anticipated. People have accused us of being "art world curators" who "know nothing about street photography," which is funny to me because I came to photography via photographers like Diane Arbus, Robert Frank, and Lee Friedlander.

I saw the reactions on HCSP. I think they were harsh but honest. I wouldn't call them troll-like. But anyway I think you know the mindset there, so those reactions could not be completely unexpected.

Ha--ok I think "troll-like" may have been an extreme word choice. I wasn't surprised by any of the reactions, but more by ultra-agressiveness of their communication, specifically when we announced the call for submissions.

What about reactions from the non-street photo community?

It's been generally positive.

Especially on the Internet, people can be quick to jump to conclusions simply because we're also interested in process-driven work, or because we've shown artists like Kate Steciw or Lucas Blalock in our other projects. Photography, and art, are not that narrow, and avoiding the conversation turns the world into a pretty dull and sad place. With this exhibition, we're playing with the idea of expanding Street Photography's potential and blurring the rules that often isolate Street Photographers from much of the artworld. For me, I love seeing  photographers like Pelle Cass and Amani Willett showing in the same space as John Goldsmith or Gus Powell. It keeps things exciting, and keeps me passionate about the potential of photography.
Posted by Blake Andrews at 1:02 PM

just for some backstory, here's the conversation at HCSP at the time of the open-call:
https://www.flickr.com/groups/onthestreet/discuss/72157635770831145/