Back in June, Quiz #21 was successfully solved by Marc Feustel. As part of the reward, I agreed to mock critique the photograph of his choice. Here's what Marc sent: 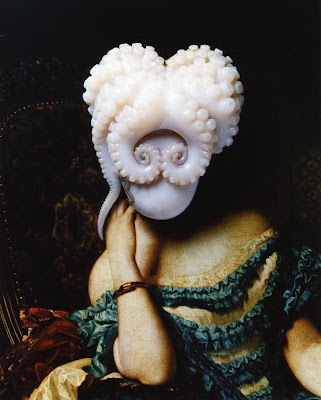 Octopus, Yumiko Utsu
Initially this was fine, but when my sponsors got wind of our arrangement they were flummoxed. How was it, they wondered, that I had time to review outside images when my review of the new Cuisinart CHM-3 hadn't yet been finished? 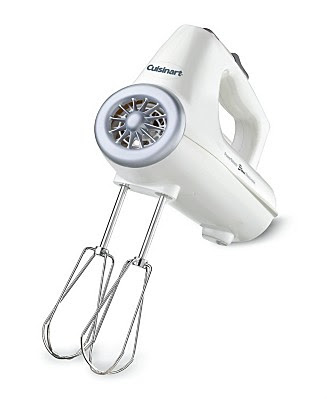 CHM-3, Cuisinart
So I figured I'd kill two birds with one stone. The following review applies to both the Utsu image and the CHM-3.

The portrait-photograph is a closed field of forces, in contrast to the open arms of a common hand mixer. Yet just as the mixer moves with subtle differences through a sort of twilight zone, a region seemingly remote and marginal when compared to the known world that rests on the solid foundations of habits, and is made up of places firmly anchored to everyday human activities, the portrait captures delicate moral texture and not mimicry.

In Yumiko Utsu's image above, the octopus reflects the face of decadence, shown not only for what it is but for the endless stories and whole lives that its undersea nest retains as a memory, a blurry but indelible trace, a Victorian color. And just as a specific photograph is never distinguished from its referent, the mixer must operate on pre-original batter in order to reclaim itself. Is it any wonder then that the winged tool's attempt at liftoff is invariably shot down?

Stepping back a bit, kitchens may shift to become the same aboriginal places from which to flee, as memories and regrets, and perhaps even hopes. The goal of course is integration, that moment when individuals coalescence into a flock, even if the result is sometimes, though not always, too burred/skilled. This is the essence sought by all images and countries, not to mention animals of the netherworld. One might well ask, how can an octopus ever be joined to a face? The answer lies in Utsu's dream, manifested with conviction in this oil painting. The intricate ocean canvas is nothing but a threshold to cross, a symbolic neck that once penetrated becomes as commonplace as a hand mixer, and from which leaving is a final vision, riding that great white beast, renewed and stronger, suction-cupped, and, yes, battery operated.

At this point some of you, especially relative newcomers to B, might be wondering What the F-ck was that about? Rest assured it's a perfectly valid response. But I'm afraid I can't answer that question at this time.
Posted by Blake Andrews at 8:23 AM

Thank you, that was most enlightening. I sincerely hope that this review gets translated into Japanese. I know Utsu's gallery in Tokyo and I am going to suggest that they get going on it.

Before we leave the subject completely, a little question for you: in a battle between a German psychic octopus and a CHM-3, who would win in your expert opinion?