Hmm. Judging by some of the comments to my last post, some readers may have misread my intentions. I meant not to praise image stabilization but to bury it. Since some of my favorite photographs involve camera shake, I thought it would fun to revisit them and consider how they might have been "improved" using modern technology. Thank God Capa did NOT have image stabilization technology or his photo would suck just as bad as that Hanks photo.

Image stabilization has its place. It is probably useful in many circumstances. The thing that bothers me about it is that it presupposes that accidents are always bad. In my view accidents are central to photography, just as they are central to any creative act. Eliminate accidents like the occasional shaken camera and you kill a lot of great photography. My guess is that each of the four photos I used as examples was to some extent an accident. The photographers may have had a rough sense of how they would turn out, but not exactly. Sometimes, one must have faith in the photo-gods.

I view this uncertainty as healthy. I view most contemporary art photography (magazine photography, I called it in the post) as built on certainty. I feel photography is threatened by this trend and I meant to draw ironic attention to it, but in such deadpan fashion that apparently my sarcasm was taken for earnestness. So, sorry for any confusion.

Most of the time camera shake does indeed result in a crappy photo. Once in a while it makes for a very special photo. When I go over my contacts I keep an eye out for the nicely shaken ones, which I collect in their own box. Several months ago I was invited into a group show and I decided to use the opportunity to showcase four camera shake "accidents": 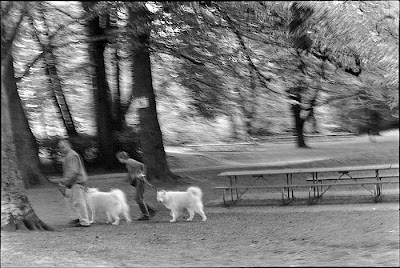 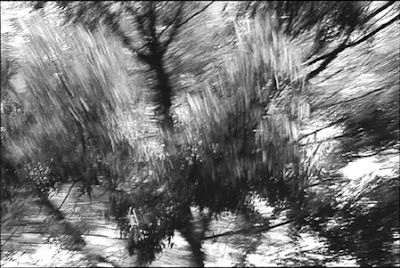 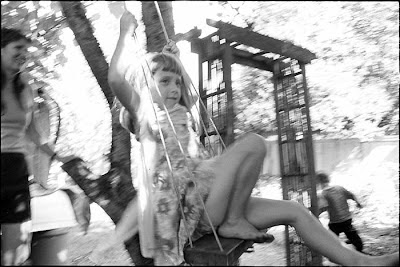 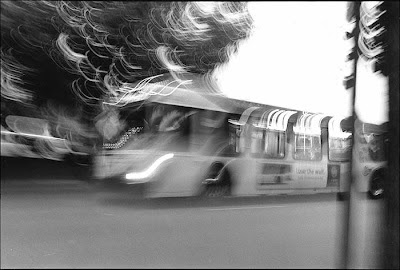 Three cheers for accidnts!
Posted by Blake Andrews at 1:06 PM

Well, luckily we still have ebay. I guess that if the automatization of elements keeps on going the same way, at one point all photographers will produce images with less degrees of freedom. Already the colour palettes of different high end digital cameras look fairly similar compared to all the variety of film there is around. Add image stabilization, metering with more matrices and points and things, and well, you have less and less to shoot.

sarcasm and computers/mobile phones rarely mix well! although i did have a feeling...