The Pink Panther and other near doppelgängers

Pete Burke's post a few weeks back about people with similar names (Carl Braden vs. Karl Baden, 7/31/11) started me wondering about names in photography, and how they can be commonly mixed up.

This is a subject that's near to my heart, for ever since I can remember people have confused my name with that of a famous movie director. I don't think Blake Andrews sounds very much like Blake Edwards, but some folks can't keep us straight. Apparently there's some cross-circuitry in the brain. The Edwards neuron is right next to the Andrews nueron or something. I don't know what it is exactly. You'd think the fact that the director has been dead for almost a year would put an end to the confusion but no, I'm still called Blake Edwards quite often. 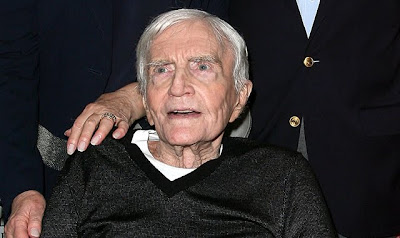 Blake Edwards by Valerie Macon / Getty Images
It's usually passing acquaintances or people just encountering my full name for the first time. The camera shop lady. The little league coach. The portfolio reviewer. The casual tweet. Oh well. It used to bother me but now I just roll with it. Any publicity is good publicity, right? Even though the guy doesn't really need it. 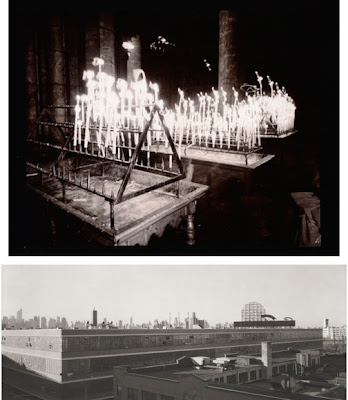 Photos by Linda Connor (top) and Lois Conner (bottom)
Of course I can't complain. I make the same mistake with certain names. Lois Conner and Linda Connor cause me chronic confusion. I've poured over books by each of them and looked at countless photos but for the life of me I can never remember which one shoots panoramics and which shoots Asian landscapes and which petroglyphs, or if it's the other way around, or if it's the same person. I know, I know. Blame it on the neurons. 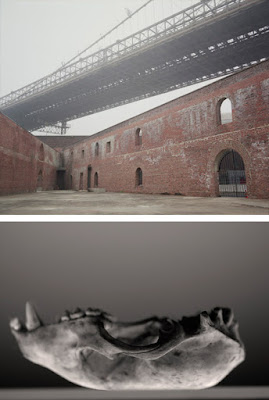 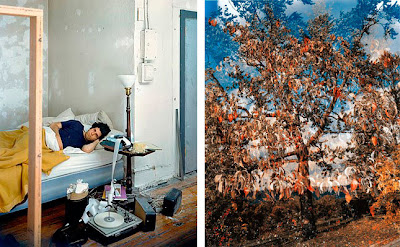 Photos by Stephen Shore (left) and Stephen A. Scheer (right)
Then there's Stephen Shore and his quasi-doppelgänger contemporary Stephen Scheer. A name like Scheer's can be sort of a mixed blessing for a photographer. It's like being named Wilhelm Eggleston or Robert Frankel or something. You may gain some added notoriety but it's hard to set yourself apart. Stephen A. Scheer is careful to include the middle A in his name which Shore lacks —Stephen A. Scheer— but I'm guessing he's still had the Blake Edwards experience many times.

You'd think my friend Bryan Wolf would be immune to this. He spells his name with a Y which isn't as common as Brian with an I. But then along comes Byron Wolfe with a Y who not only lives on the West Coast like Bryan, he shoots domestic and family scenes as well. Ahem. That's Bryan's territory, Byron. I know Bryan well enough to avoid confusion but I can't speak for others. 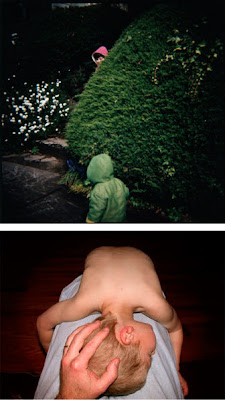 Photos by Bryan Wolf (top) and Byron Wolfe (bottom)
At a friend's house the other day, I noticed The Heber Springs Portraits right next to Ed Templeton in the bookcase. Disfarmer next to Deformer. I don't know how they got to be shelf neighbors but you could hardly pick two photographers less alike. For those keeping track at home Deformer is the one which features fingerbanging teens, while Disfarmer captured the pleasant townfolk of rural Arkansas. Hopefully no confusion there, although there might have been had Disfarmer kept his original name, now shared by a well known movie star. 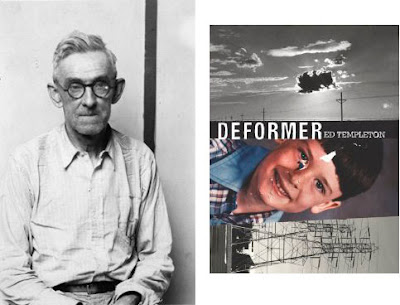 Disfarmer / Deformer
Moving on, we have Elena Dorfman and Elsa Dorfman, both of whom shoot portraits but in very different styles. Christopher Williams and William Christenberry are fairly easy to tell apart. The amazing thing about Christenberry is that for someone who shoots the most bland countryscapes imaginable he's managed to possess them through the power of his vision. When you see a Christenberry barn photo you know it's his. There's no confusing it for, say, a Christopher Williams barn.

Finally there are the famous Adams brothers, Robert and Ansel. What's that you say? They were born 35 years apart? They're not actually siblings? I guess people with cross-wired neurons will believe what they want to, but I know the real story.

There's no confusing one brother for the other. Ansel wallowed in the majestic and had 48 photo grammies on his mantle. If you're relatively new to photography or just a casual consumer, you probably think he's simply the greatest. And even if you've been at it a while you have to admit he was a fine image maker of a certain style.

Ansel Adams by Edward Weston (left)
Robert Adams by Bill Jay (right)
Robert is the brother you have to warm up to gradually. Casual consumers have no understanding. He's a recluse (why else would he live in friggin' Oregon?), and he'll never win a grammy. But I'm guessing most serious photographers tend to prefer Robert's images. His vision is sometimes so sharp it borders on surreal. Plus he's a damn fine essayist, in comparison to Ansel who wrote mostly technical tracts.

Have I pissed everyone off yet? Good. If it helps settle confusion over the Adams brothers it's a small price to pay. And if it stirs up more confusion even better. If you want to get back at me just call me Mr. Edwards.
Posted by Blake Andrews at 6:49 AM

And there's Portland, OR and Portland, ME, not to mention Werner Herzog and Fred Herzog.

Easy to remember. Portland, OR is the one with all the Yahoos on tallbikes holding a PBR in one hand and a $5000 camera in the other. Or maybe I'm confusing it with Werner Herzog.

Sadly, Eddie was the black sheep of the Adams family. That's why his role was never cast on the TV show.

Mark Power and Mark Power are pretty easy to tell apart because one has a K in his name.