I got a chuckle this morning seeing Pete Brook's mugshot. He's been detained by Los Angeles police, and he appears to have grown several inches in the process. 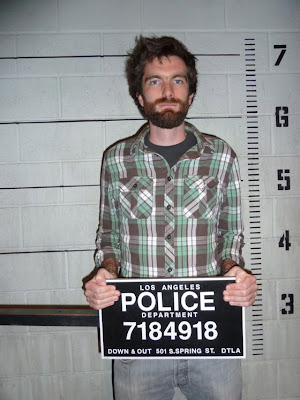 We can only guess what the crime was. Knowing him it was probably something nefarious. Hacking a body into bits maybe or, worse, photographing in public. Don't laugh. The crimes are roughly equivalent in many places, or least they were back in 1955 when Robert Frank was arrested. Here's the report: 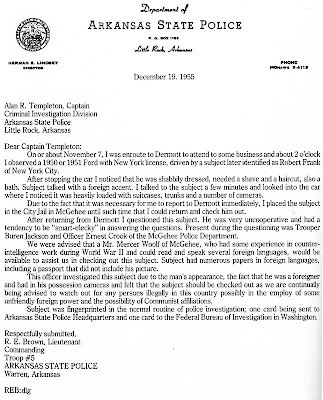 "Shabbily dressed, needed a shave and a haircut, also a bath. Subject talked with a foreign accent...car heavily loaded with suitcases, trunks and a number of cameras...a tendency to be “smart-elecky” in answering questions...possibly in the employ of some unfriendly foreign power and the possibility of Communist affiliations."

Holy darn if that doesn't describe Pete to a T. It's no wonder they nabbed him. I think we can all breath easier now that he's no longer a threat. As for the prison photographers he was going to interview, I'm guessing they'd all fit a similar description.

For Pete there's only one plausible reaction. He's got to get back at them the same way Frank did. Looking forward to the book...
Posted by Blake Andrews at 9:04 AM

Pete Brook is actually more weird than Franck was: he has an astronaut for travel companion in his car.

Who the fuck cares?

That's the spirit, Jeremy. Now you're thinking like an oldschool Southern cop.