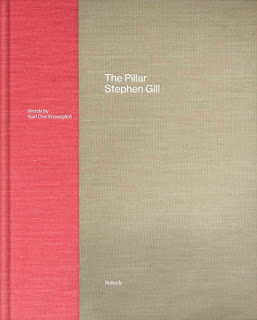 Two of my photo worlds collided for a brief moment Monday when Mike Johnston named The Pillar as his favorite book of 2019. Among highbrow photobook connoisseurs, The Pillar was a consensus pick for book of the year. But that ain't really Mike Johnston's crowd. His blog The Online Photographer appeals more to middle-of-the-road hobbyists (at least that's my guestimate based on who comments there). TOP tends to run long on gear talk, technical discussions, and armchair musings on lens performance. And on those subjects it is the best written of any photoblog IMHO.

But ventures into conceptual photography or high falutin' art talk are less common. Peter Turnley and Michael Kenna draw high praise. Catherine Opie and Thomas Demand? Erm, not so much. But this is in fact where much of the photobook action takes place, in that strange underworld where a duct-taped banana might be taken seriously. Where books sell out privately before anyone has seen them. For better or for worse, The Pillar fits well there. So it was a mild surprise to see it on TOP Monday.

I try to keep a foot in both of these worlds —well, more of a pinky toe to be honest —and I couldn't remember the last time they'd collided like this. Maybe the Peter Lik controversy?

As might be expected, Mike's choice drew some flak. "Who really cares about birds sitting on a pole?" asked one commenter, before settling on the central question: "What is interesting about these pictures?" Another wrote, "I was a little underwhelmed by The Pillar when I saw it back in September. Too minimal for my taste. Too brainy. Too transparent the intention."

Several readers seemed unwilling to take the conceptual plunge and accept a remote-trigger camera as a viable tool. "Setting up a machine and walking away, taking my attention to the proposed subject with me isn't art," flatly declared one reader. "Useful for science perhaps, but it isn't art." Another reader chimed in, "Since the bird(s) triggered the camera, shouldn't it/they own the copyright, credit and profits?" Another comment: "Crediting Gill as a photographer, rather than as an editor, hardly seems to be appropriate in these circumstances."

Hmm. It seems to me that no matter what sort of photographer you are, editing is just as important as shooting. Sure, making good photos is important. But more crucial still is what you decide to show of them. This has always been the case since photography's invention, but it is perhaps so more now than ever. We live in an image flood. Curation matters.

The fine art photo world digested this truism several decades ago. But there still exist a diehard strain of hobbyists who believe that a photographer must control content, that luck is somehow cheating, that hipshots or Google Street View or drones or remote-trigger cameras are somehow less valid methods, that editing is a minor skill compared to shooting, preferably while wearing a photographer's vest, carrying 3 zooms at 4:30 am to catch the sunrise. 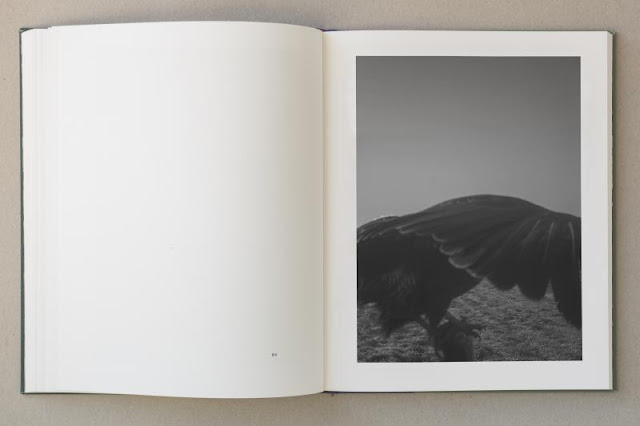 No worries. In this case such skeptics are an asset. Because they prevented what I was most afraid of: The Pillar selling out. You see, ordinarily TOP is a selling machine. The readership is huge, with disposable income to spare. Anything that Mike touts generally gets an immediate market boost. Prints, books, gear...it doesn't seem to matter. His print sales typically number in the hundreds. Anodyne shadow studies and barns and yaaaaaaawn. He even managed to sell out that boring-as-hell Dave Heath book a few years back.

That's all fine. Different strokes for different folks. But you can see why I was alarmed. As someone who had not yet purchased The Pillar, who had instead ruminated since last summer over the book, hemming and hawing for months should I buy or not, was it worth it and how much did I really care about birds in a field, and should I pay the exorbitant shipping to the U.S., Mike's post scared the crap out of me. Could he create a run on the book? How many copies existed? How long would they last? One thing for sure, this was an unusual book. The photos I'd seen online were quite original. They each seemed to have a mind of their own, as photos might if created by a remote-trigger.

I've missed out this way on too many books to count. Wait too long and it's out of print, expensive, inaccessible forever. And I've been on the other end of it too. I've ordered books sight unseen, only to have them arrive and feel like meh. What was I thinking?

Sometimes that's for the best. The book's urgency fades, and I move on to other fancies. But this one burned. Honestly it had been smoldering for 6 months. Late Monday I went to Gill's site and bought the goddamned book already.
Posted by Blake Andrews at 4:51 PM

I saw The Pillar when it came out, but only hummed and hawed when I saw how popular it became. I thought, "this would be good investment when it does sell out, then I can make my money back and some." I think, for that reason, you can move it on once you tire of it. For me, it's just novelty. Instead I bought Bernard Plossu: Des Oiseaux and the same in the series by Terri Weifenbach. I'm so glad I did, so unbelievably beautiful... the others in the series aren't so good, in my opinion. Gill's book is missing the subtle poetry that the books above have, though, the diversity of what lands on that pillar is interesting.

By the way you can have your fill of trail camera photos here: https://trailcams.tumblr.com/

Haven't seen the Plossu Des Oiseaux book yet but I like his photos so it sounds promising. I can't really judge the Pillar until it arrives. I expect I will like it, but if not I think you're right that I can probably sell it easily....Hey, with proper treatment that trailcams site could be next year's photobook of the year.

Good writing - glad to know you have a pinkie toe in the conceptual world. Enjoy the book.

Great post. Regarding TOP, I had similar thoughts about the Leigh Perry print sale last summer. Usually Mike would give us an after-action report -- but not this time. I'm guessing that was a short print run.

I have Gill's previous book, 'Night Procession,' and enjoyed it, as far as it goes. I haven't revisited it much at all, and almost skipped 'The Pillar,' almost. It looks to me like 'Night Procession' in daylight, and only birds. Good times? We'll see.

John, I'm in the process of making some more hand-made books. Should have a new batch ready by mid-Feb. Check IG for details.