Like winter's first snow, the annual photobook listmania has settled across the land once again. One listed title which caught my eye was Jeff Mermelstein's 2019 favorite, The Imperfect Atlas by Peter Funch. 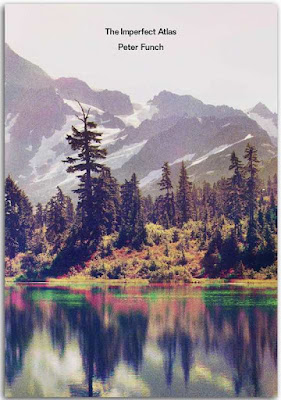 "Precise, inventive, playful, scientific, complex, surprising, telling and very much human," Mermelstein calls it. High praise indeed, and I don't doubt a word of it. But the reason this book will soon wind up at my house —ordered sight unseen— is far simpler than all of that. It's Funch's subject. The Cascades of my native Pacific Northwest are near and dear to my heart.

The mountain on the cover holds particular fascination for me, and also for photographers generally. That's Mt. Shuksan in northern Washington, one of the most picturesque peaks in North America. But the mountain is somewhat hard to recognize on the cover since the photo has been halved vertically (the rest of the mountain wraps around to the back). Much easier to appreciate Shuksan's alpine grandeur in Funch's full photo shared recently at @tbwbooks: 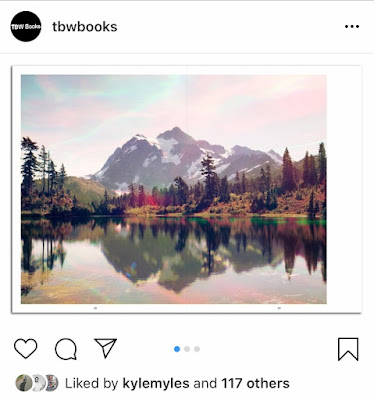 Here's how the image is presented inside the book itself, as a color-separated companion to an old postcard:

And here's another postcard/color separated combination from the book. 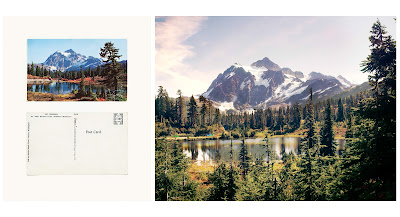 Below, on the wall behind Funch, is an early iteration of this image, as it looked when I wrote about him and Mt. Shuksan four years ago. 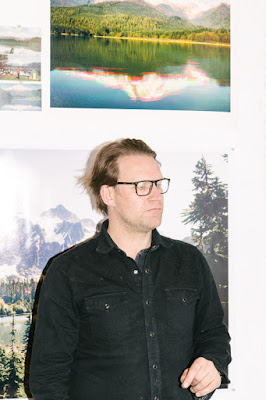 If you're wondering why these photos show nearly the exact same vantage point, they were both made at Picture Lake, west of Mt. Shuksan on the flank of nearby Mt. Baker. This is the closest paved road to the mountain and the source of probably 95% of Shuksan photos. I've shot the mountain from the lake, and also approached from the north and the south. Trust me when I say that these other vantage points are extremely hard to access. So the lake it is, for most.

For more on the early days of The Imperfect Atlas, check out the interview where I grabbed that photo, a studio visit with Paper Journal in 2015, back when Funch called the project Expedition Mount Baker. Yeah, he has been working on this project for a while (and the book is still not quite out). As the postcards show, people have been shooting this mountain a long while before that. The irony is that probably more people have seen photographs of Mt. Shuksan than the actual thing. The peak is quite remote —it's 3 hours north of Seattle, 11 miles from Canada— and receives relatively few visitors. If you manage the trip, don't count on a sunny/16 view. Odds are it'll be raining.

Despite the photographic challenges, Mt. Shuksan's western visage has penetrated popular culture as an iconic default for "mountain", in the same way the Empire State Building represents "skyscraper" or the Hollywood sign represents glamour. Here it is on a jigsaw puzzle box held by Funch: 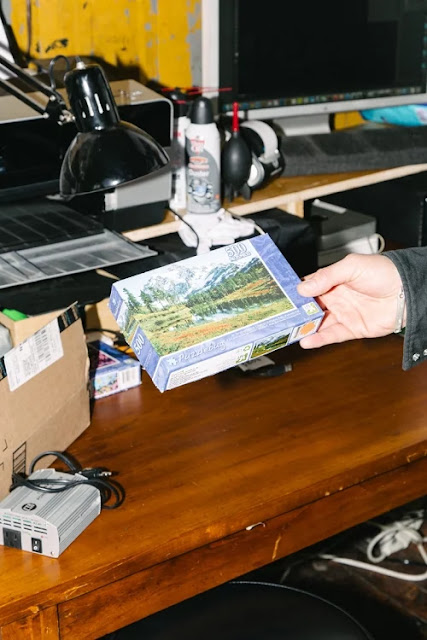 Here it is as "Mountain Scene", a tile kitchen backsplash from Houzz. 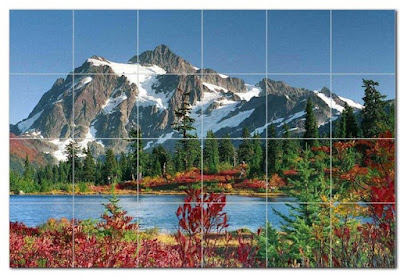 You can order Mt. Shuksan as "Mountain Scenery" wallpaper, reflect on Psalm 65 with Mt. Shuksan, or peruse it on Pinterest. Almost every shot is the same vantage, Picture Lake. I suppose photographers are lazy that way. Oh well, can't blame them really. It's a spectacular location.

The mountain has found its way into the fine arts world too, yet rarely as the main attraction. Instead it's often an unnamed background prop, as in this photograph from the Four Seasons series by Wendy Red Star. 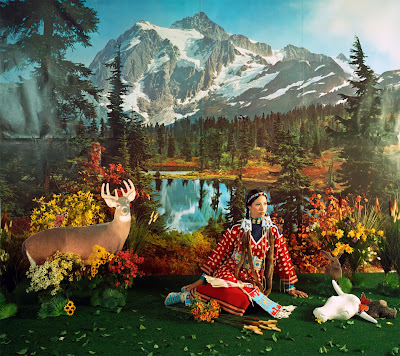 Jerome Ming took a stab at Shuksan, sort of, in his recent book Oobanken. 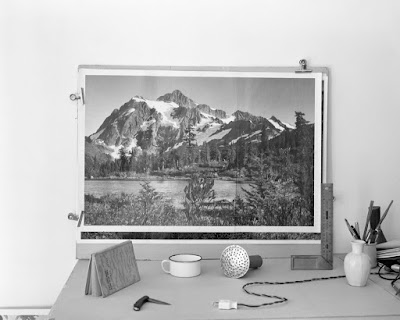 As did Hannah Starkey a few years back: 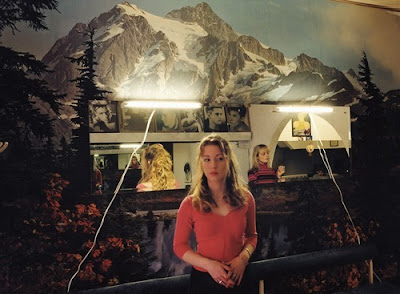 I'm telling you, once you start looking for it you realize that Shuksan is everywhere. It's the Zelig of photography. Did I mention the first ascent of Shuksan was by a photographer? Asahel Curtis (Edward's brother). Here he is atop the summit pinnacle in 1906. 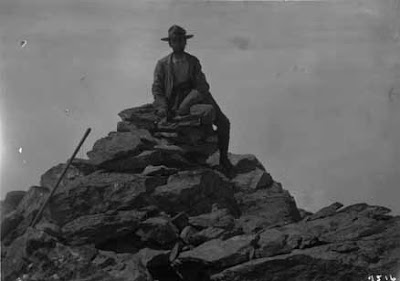 Of course Funch's book isn't really about Mt. Shuksan (to be fair, I haven't seen the book yet, just inferring from what I've read). Instead it covers the entire region, through the depressing lens of ecocatastrophe.  The planet's glaciers are melting, duh, a granular truth which comes into clear focus when you compare the glaciers on old postcards with their counterparts in contemporary photographs. In an interview with Project Pressure, Funch calls out global warming as a "a wake up call to humanity".

Unfortunately we've hit the snooze button. For many armchair environmentalists, melting mountains might be clumped in the abstract boogieman box, along with burning rain forests, floating plastic islands, and vanishing species: doomsday scenarios which sound scary but also distant. It's not too hard to compartmentalize these problems as beyond influence. Huge bummer, but it's somewhere else. And what can you do?

But for myself and others in the Northwest, melting glaciers are quite real. Many of our region's rivers begin in the Cascades. When the glaciers disappear, the rivers will too. Again, huge bummer.

But when considered holistically, dry rivers are perhaps secondary to the basic psychic sustenance provided by glaciers. Even in the Willamette Valley, where I am writing this now, and where I spend most days, hours from the mountains, just knowing they're there provides spiritual cushion.

I try to make them real too. Every summer I slog up to the mountains to step on one or two glaciers. The crunch of crampons on morning ice is life affirming, however brief the connection. Last August staring across the void at the enormous Emmons Glacier on Mt. Rainier...the experience dented my psyche like a Mack truck. My memory of this last trip goes atop all the summers before...they stack up in the mind like layers of ice, slowly grinding downhill. Yes, glaciers are just as alive as you and me. They might move more slowly than us, but it's with a bone-crushing determination we can't imagine.

I suspect Funch has also developed an infatuation with glaciers. It happens to anyone who spends time around them. No mention of Mt. Shuksan though. Surely he must know the mountain's name. But it's probably just one snowy peak among many in his mind. A nameless symbol. Zelig.
Posted by Blake Andrews at 3:34 PM