With so many photobooks circulating now it's difficult to track everything out there. A lot of stuff looks good in short reviews but what do the actual books look like? Fortunatley Josef Chladek has done the legwork for you. "My aim," he writes," was to present books in an adequate way, to show them just as you'd see them in real life." His site contains thousands of books, each one scanned page by page. If it's not the same as holding an actual book, it's the next best thing. And holy crap he's got a lot of pages scanned online. What began as a personal project has developed into a nice public service. I recommend a stop here before finalizing any purchase.

A followup of sorts to La Rue which made my list of favorites in 2013. Like that book this one is tiny but still charming. Grant expands on his previous photographic territory to include people, color, and multiple formats, all packed snugly into a package no larger than a postcard. Some images appear ripped and worn, and the landscape photo format constantly rubs against the portrait pages, all adding to scrapbook effect. The tones can be garish, sometimes with green colorcast. But the overall mood is quite pleasant, like thumbing through a short stack of flea market work prints.

Best photobook by a photographer not about photography

If you're looking for insight into how certain photos were made, photo theory, or photojournalism as fine art, this ain't it. Photography is a profession for Addario, not an amateur passion. That said, she's damned good at it, winning numerous awards and rollercoastering along from one globetrotting adventure to another. No time for chitchat, rumination, kids, or niceties. The woman means business. She could be a writer, internet executive, or international rug dealer and the narrative would be roughly the same. If this is what it takes to make the top as a pro, I'll pass thanks. A quick and interesting read though.


Best photobook by a movie star 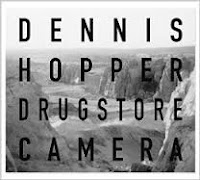 Dennis Hopper wasn't just a movie star. He was an all around renaissance man and polymath. And according to daughter Marin, photography was near the top of his list, something he wanted to be remembered for. So she helped make it happen, shaping this collection (along with Michael Schmelling) and writing the afterward. This beautifully designed book collects monochrome snapshots —"lo-fi recordings" The Times calls them— made in and around Taos during the magical early 1970s. The photos drip with simple groovy bliss, and posses a casual quality which might be instructive for more careful photographers. "What's beautiful about them is how not-deliberate they are," says Marin.

Best photobook that actually lived up to its impossible hype

From my Photo-Eye review: "Don't let the gold art star and five figure prices by his name fool you. Soth may have shown at Gagosian and shot Paris fashion but... he has always been less concerned with high-brow theory than with the photojournalist's bread-n-butter, human behavior. To be more precise, American human behavior. The Songbook verdict: Americans are a strange lot, 'the lovechild of a Dorothea Lange series and a Woody Guthrie song.' " 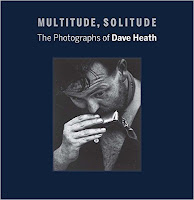 Photo critics suffer from the same nostalgic impulse as rock critics, sometimes slipping into an I-saw-them-before-anyone mentality. "I saw R.E.M. in '82, right before they blew up....in a tiny theater with 30 people." That may be roughly the number of Dave Heath fans out there before this retrospective book, a figure Keith Davis hopes to expand. It's a comprehensive reboot of the formerly famous photographer who has drifted off the contemporary radar. Mike Johnston wants in on the ground floor too, which will probably move some books. Heath was abandoned as a child, and Davis views his orphaning as a key to his photography. Juicy thought. Yeah, there's probably something there, but...meh. Heath has a nice enough body of work, but not very stimulating. Dark figures in moments of reverie, etc. For me his oeuvre slips undistinguished into the mid-century humanist stew. Photo League 101, or a gentile version of Faurer. Good career jump-start attempt nonetheless. 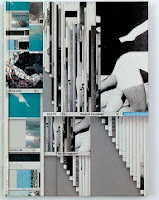 I love to read negative reviews. I think we need more of them. But Anouk Kruitof's 2014 review of Philip Toledano's The Reluctant Father was particularly nasty. "Mr. Toledano's ego is bigger than Mars...Let's not talk about design. There is none...A pathetic cliche picture-text book on an empty shelf." I like the contrarian spirit but she went overboard. Payback might have been expected, and it arrived this November as Thijsen savaged Kruitof's The Bungalow in her 2015 recap: "Cutting and pasting and sculpting and re-photographing, photoshopping and cropping, till the image is dead as a doornail. There is no new meaning, no added value. It totally lacks integrity." Woah. Flame war. I'm guessing there's a backstory here I'm not privy to. In any case the online aftermath proved entertaining. Can't wait to see where this goes next year.


Best photobook to peruse in the morning with coffee and toast

From my Photo-Eye review: "I'm old fashioned enough to still read a print newspaper every morning, and Deadline is a perfect facsimile. The paper spreads between the hands over a kitchen table, sections tumbling loosely, rubbing ink smudges on the fingers. The pages crinkle audibly just like normal newsprint. The mimicry is so faithful that it borders on parody. But Deadline is nothing to laugh about. The Inquirer's demise is a sorry tale. If you need a primer, Deadline recounts the story section by section...It's the history of the Inquirer's rise and fall, extended in journalistic fashion to the entire industry."

Smith wasn't a photographer —more of a musicologist, occultist, and general freak even by beat standards— but he possessed a documentary photographer's foraging instinct. This is the first volume of several planned by J and L to showcase Smith's various ramshackle collections, all photographed by Jason Fulford with simple backdrops to highlight their eccentric forms. The reader is forced to face the uncomfortable fact that he/she would've ignored these structures had they been encountered in real life. Not only did Smith collect and treasure them, he generated a cultural phenomenon from their banality. In the fashion of all seminal figures, he saw something where others saw nothing, hopped in his paper plane, and flew off.

Despite my sometimes scroogy attitude I enjoy the rush of year-end lists as much as anyone. The irony is that although they show an astonishing diversity which seems to increase every year, taken as a whole listmania also exhibits a strange conformist streak. The overwhelming trend is to favor book-as-objects, photobooks designed as comprehensive vehicles, jumping off points for meditative or theoretical wanderings. Art books, in other words. That's fine. But sometimes a book can get in the way of its photographs. I generally value photography first, and here are six books that gave it to me. To varying degrees they're also nice as art objects but for me that's less important than job one: all six contain excellent straight photographs. Unfortunately I saw few of these mentioned on other lists.

From my brief review in September: "In a world dense with impersonal concept projects, Andrew Phelps his paydirt with the small book of childhood memories edited from nine Grand Canyon trips over a four decade span. The photos —casual travel snaps— were shot by Andrew and his father, then filtered through shoeboxes and slideshows before recently being shoehorned by Phelps into book form. The layout, cropping, and subjects flow here and there, sometimes eddying out, sometimes barreling forward down whichever chute fits. The journey is the destination. Rarely has the Colorado looks so inviting."

If the goal of good art is to generate a range of reactions, Face succeeded. That said, I can't claim Face is high art. In fact I find it slightly repulsive. But love it or hate it, everyone either loved it or hated it, no in-between, and that's a good thing in my book. Darren Campion's savage take was typical: "There is scant trace of empathy in the pictures. They have a cruelty that serves no purpose." Gary Cohen (Facebook's photobooks group) took the opposite view: "You are free to not like the photos but when you refer to them as looking like freaks maybe it's your moral compass that's off." Martin Parr and Vice both climbed aboard in favor. Parr's take (it was one of his 2015 favorites) sums up the book's ultimate success: "This work divides opinions, which for me is one of its merits." This is one beautiful ugly book.


Photobook of the year

This book works for all the reasons most photobooks don't: Early Works is raw, unprecious, absurd, and whimsical. Gravlejs lampoons his childhood and photographic training before decimating the idea of good design, layout, flow, or typography. It's the counter to every perfectionist impulse, the type of book a child might put together, with cheesy "Super" sticker on the front and grainy clown middle fingering  the back. The nearest equivalent I can think of is the National Lampoon Yearbook Parody from the early 1980s, which I consider an alltime prankster classic. In today's photobook climate I have no idea how this got published by anyone, much less Mack. It shouldn't work, but against all odds it does. My favorite photobook of the year.
Posted by Blake Andrews at 9:35 AM

Thanks for the Josef Chladek advice. Great site.

Interesting links and clues to see what was published this year, many thanks

Grant's La Rue is a wonderful little book (haven't seen the new one), Soth's B&W work is brimming with a level of life, surprise and spontaneity that is absolutely devoid in his color, and let's not forget Mike Slack's wonderful Shrubs of Death.

As for Gilden's Faces, I've been a long time defender and was about to pull the trigger on this one, until I was able to actually preview the book. They're brilliant images... until you get past the first dozen- and then the cookie cutter approach really starts to wear thin. As amazingly unique as each face and individual is, they're ultimately limited by this claustrophobic, one size fits all approach. It not only serves to dehumanize the subjects, it also restricts the scope of this particular set of images to where there are no surprises, and ultimately, no need to see yet another...

Stan B, if you like "La Rue" you should like "Sometimes" as well. (During the last month I've bought second copies of each, as presents.) Totally agree with you about color Soth versus "Songbook" Soth.

The Diane Keaton book is good but it's not from 2015. Not a big fan of anything by Nimoy. I think the best movie star photographer is Viggo Mortensen but he didn't make any books this year. Haven't seen the others you mention above.

Wow. Thanks so much for sharing the chladek site.