By the Glow of the Jukebox

My backordered copy of Jason Eskenazi's The Americans List finally arrived a few days ago, and I've been slowly pouring through it. It is a dense book, 83 pages exactly (!) of thick text printed at maybe 4 pt fontsize. I can only do 4 or 5 pages at a time before I get brainfreeze. I know what you're thinking. Ugh! Do we really need another book about The Americans? How many is that now? And how many blog posts? Trust me, none of them are quite like this one. For starters, this one is only a few bucks and fits in a pocket.

Like The Americans, there are all sorts of ways to interpret this little volume. I think Eskenazi's intention is probably as an homage to Frank's book. By getting various photographers to speak about their personal connection to various photographs, the cumulative effect is revelatory. This is the inside dope on The Americans. What makes it tick? What parts do people react to and why?

As a casual fan I am amazed at how vividly I can recall most of these images. I'm not a huge Frank-o-phile, just your average photojunkie. The Americans isn't even a particular favorite of mine. But its photographs have penetrated photo culture, and even someone like me, to the point where a simple number and description brings to mind pretty much every photo. If I say Trolley, Elevator, or Diner Waitress you all know exactly what I'm talking about. So for just about every photographer, this book is personal.

Nevertheless the stat junkie in me wants to use the book as raw scientific data. Granted, the results aren't strictly scientific. I have no idea how Eskenazi chose his sample pool or which portion responded. But the sheer mammoth feat of polling and compiling all of this data in one place provides a very rich resource. I don't think any poll this large has been conducted before on any photo book, and certainly not one involving so many prominent photographers. Probably the closest example I can think of is Building a Photographic Library published by Texas Photographic Society in 2001. I wrote a little about it back in 2010. That book, also a gold mine of data, compiled lists of favorite photobooks by a wide range of photographers with brief personal descriptions. The runaway choice for most popular book, not surprisingly, was The Americans.

Data miners will want to pay closest attention to the first 6 pages in The Americans List. This is where Eskenazi lists all of the photographers together with their choices, matched to plate number and brief description. It's an informative data set but also a fairly static one, with no cross-referencing or analysis. But it didn't take long for me to do a simple tabulation of the results. Here are the book's most popular photos, according to Eskenazi's data (276 votes cast): 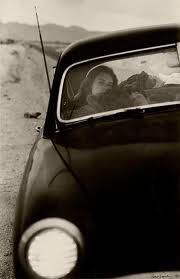 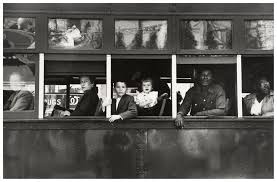 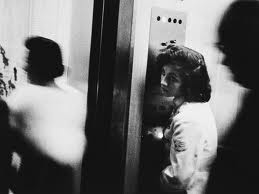 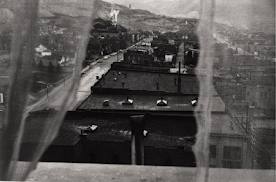 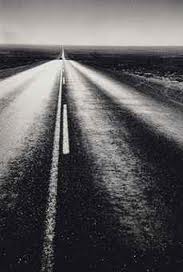 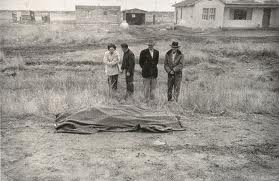 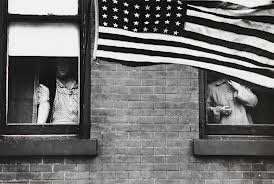 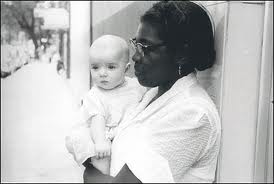 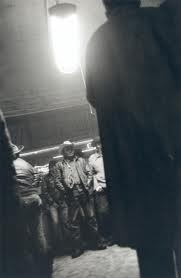 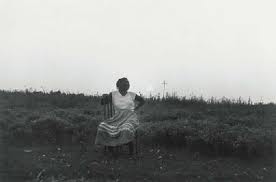 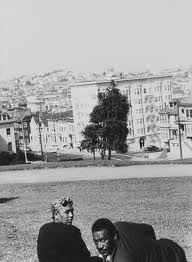 That's 152 votes for the top 11 photos, leaving the other 72 photos to fight over the remaining 124 votes. Seventeen photos received just one vote and twenty-six received none at all. That's more than half the book which isn't attracting much attention.

I suppose any random sampling will clump in similar patterns. But I found the wide variation intriguing. Maybe if these results were known to Frank during editing he would've left out the non-memorable ones. Department Store, Lincoln, Nebraska, anyone? Or maybe it's just the opposite. Maybe the non-favorites serve as required filler to balance the strong photos. They're like the 99% of our DNA which is nonfunctional, yet still seems to be vital for some unknown reason.

Here are the voting results in chart form. Reading left to right it's like an EKG of the book's progression, showing which ones excite and which don't. Or maybe it's like the skyline of Manhattan where Frank was living in the 1950s.

I think there are a few things happening here.

First, I don't think it's any accident that many people chose Plate 83 as their favorite. One, it's a great photograph. It sums up the road trip, shows us Frank's immediate environment, and personalizes all the preceding images. So people would probably remember U.S. 90 wherever it was in the book. But I suspect it's even more memorable simply because it's last. I've written before about final images and how that's a very powerful position in any editing sequence. It's the one that sticks in your mind later, because there's nothing afterward to clear it out of there. If photo books came with palate cleansers like a wine tasting, I'm not sure Plate 83 would garner the same vote tally.

Plate 18 (2nd in voting) also intrigues me. For several editions of the book, this image serves as the cover image, and I think that position probably guarantees it some memorability. Several of the voters who chose this image declined to write about their choice, which leads me to suspect it's a subconscious choice. They've seen the book a lot, that image is always front and center, and when some poll comes along it's the first one that pops into their head.

My edition (3rd SCALO, 1995) shows Plate 1, Hoboken Parade on the cover (7th in voting), a photo which is also on the cover of Looking In by Sarah Greenough. And of course it is the first photo in the book which probably helps implant it in many brains. I have to say I don't get much out of either of these images (Plates 18 and 1). So maybe I'm just looking for plausible ways to explain their popularity.

There was a story a few years ago about the lady in Plate 44 (3rd in voting) discovering herself years later in Frank's book. Very touching, and who knows? Maybe it helped propel that image up the rankings a little.

Plate 26 (4th in voting) is one that I've run through the wringer on B. When I first viewed The Americans many years ago, this one gave me the most trouble. Because I couldn't figure out what the heck it was doing there. A damn hotel room window? WTF? It makes more sense now. In fact I think I like it just for that reason, because it's such an unlikely image, especially for that time. When I wrote about it a few years ago I wasn't sure what the story was behind Soth's rephotograph. But now I see that it is Soth's favorite and that he probably sought it out.

I've found myself examining the lists of who voted for which photo and trying to draw some connection between them. Is it a coincidence that Parr and Frank chose the same photo? Or Mark Cohen and Bruce Gilden? Or Fusco and Nachtwey? What joins them? Or is it just a matter of odds?

Oh well. I guess I'm being too analytical. Trying to turn The Americans into a statistics problem isn't going to help me with the book. It's not going to help me pick a favorite. I don't think I could ever do that.

Posted by Blake Andrews at 3:28 PM

I wanted a copy as soon as I first heard of it.

I've just looked through "My Purchases" at abebooks.com, and the only order whose "shipping" cost approached this was a very clean copy of Killip's "Vague à l'âme" (bought because my copy of "In Flagrante" is a bit grotty). And this outpriced shipping for "Dutch Eyes: A Critical History of Photography in the Netherlands", which is huge.

Sorry, Photo-Eye, but no.

Microcord, that's highway robbery. Is there no cheaper shipping option?

Blake - thank you for always writing such thoughtful, well-written, and well-researched posts. I'm not a huge Frankophile either, but I certainly have my favorites too. I'd have to go with Trolley as the one I can stare at for minutes, but, once again, I'm not sure if I'm just influenced by the cover photo of my copy.

Come on now...aren't you dying to pick a favorite and tell us which one? =)