Rumors of my death have been greatly exaggerated 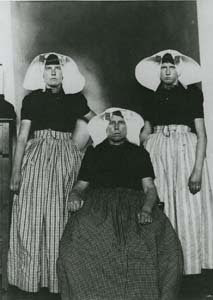 from Augustus Sherman's Ellis Island Portraits, 1905-1920
No, I haven't forgotten about the blog, but I've been delightfully removed from computer range, having just returned from a multi-week journey into the heart of northern Maine visiting my wife's relatives. I believe this is about as far from the world of contemporary photography as one can travel within the lower 48. No one there could understand what it was I did. To them, a photograph is the shot of the family picnic hanging along the stairwell. Why anyone would take a photograph of a stranger or a parking lot was not really worth going into. I love Maine.

My only problem is that I didn't bring along enough film. The last few days I was forced into an uncomfortably deliberate style which felt very unnatural. It's impossible for me to take good photos when I have to stop and consider whether the exposure will be "worth it". Such conditions almost guarantee that no photo will be. I suppose I could get around this by shooting digital but then the opposite effect sets in. When there is no need at all to consider whether an exposure will be "worth it", that also guarantees that none will be. The middle ground seems to be in between: use film freely but expensively. 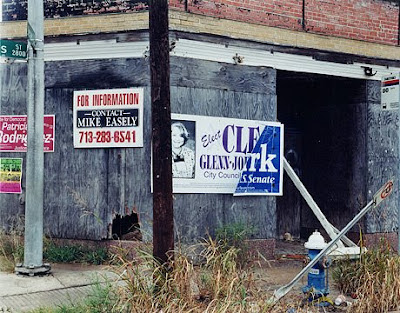 from Tim Davis' My Life in Politics
We did make one overnight sojourn into the artsy fartsy end of Maine. In Rockport along the South Central coast is one of the country's great photography bookstores, Tim Whelan's Photography. I wound up with a few used titles including Tim Davis' My Life In Politics, Augustus Sherman's Ellis Island Portraits, and an old Contact Sheet profiling Bill Arnold. I'd never heard of the latter but his style intrigued me. He shoots old fashioned b/w film, heavy on the grain. It's the type of title that stands out in a bookstore because no one is doing that now, so after briefly flipping through the booklet it went in the "buy" pile. It wasn't until later that evening that I could spend more time with Bill Arnold, and at that point the work starting looking a bit thin. Maybe it was the nature of the book, a grab-all retrospective. I don't know. Some of the shots were strong but others seemed pretty amateur, and not really in a good way. Some photo books are like that. They make a great first impression but then get more hollow. 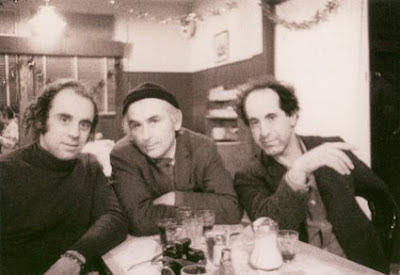 Ralph Gibson, John Collier, Robert Frank from Bill Arnold's Contact Sheet
Some work the other way. They grow on you slowly. Below Rockport we hit Portland, where I found a book that worked the second way, South Central by Mark Steinmetz. Browsing through it in the bookstore, this one hit me about as strongly as Bill Arnold. Good documentary b/w, a consistent voice, a steeply discounted price, Sold. It wasn't until later in the hotel room that I took the time necessary for the photos to sink in, and at that point South Central really walloped me. Very strong portraits with a few scattered social landscapes. The photographs seem sleepy at first until you realize that's the nature of the place Steinmetz is documenting (Knoxville, TN). The vibe takes over. Before you know it the work has snuck up on you like the bottom of a Schnapps bottle and you're really feeling it. Strong! from Mark Steinmetz' South Central
Two books that seemed about the same in the bookstore wound up giving me very different experiences. This seems to parallel the way that photographs themselves behave. When making exposures, one can never tell exactly which ones will have that gut punch effect. A lot of them feel that way as the shutter is released. It's only later that they sort themselves out into weak and strong. The funny thing is, it's impossible to tell which is which at the moment of exposure.

I think it's the uncertainty that keeps me going.
Posted by Blake Andrews at 1:46 PM

good words Blake, good words!
I usually just like to look at pictures, but those were good words.

The trick to creating good words is to use them freely yet expensively.

Apropos of nothing, here's a picture of Mark Steinmetz and William Greiner having lunch in New Orleans a few years ago: http://www.flickr.com/photos/chuckp/27248586/