Last year I wrote about the lack of left-handed cameras on the market. Turns out the latest design of the Holga D takes care of that with a handy swivel-top panel which spins to accommodate either hand. 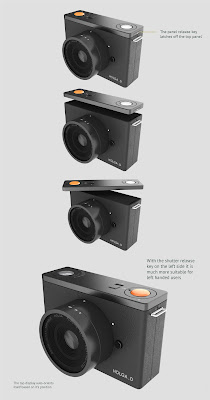 Not only does the Holga D fit lefties, it's the first digital camera without an LCD screen, precluding the temptation to chimp while shooting. Great. Only problem is the camera doesn't exist yet. At this point it's merely an exercise on Saikat Biswas' drawing board. Drat.

•
After my post last month about sprocket holes, Karl Baden sent some images of full-roll self portraits he did in 1980. These images and many other of his portraits were published in Contact Sheet 106. I thought it was interesting to see the progression from film in sleeves... 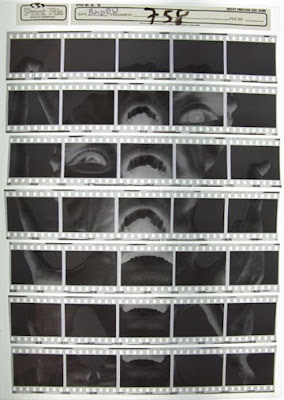 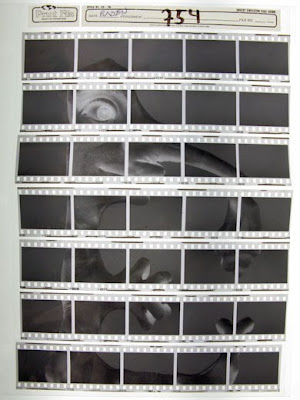 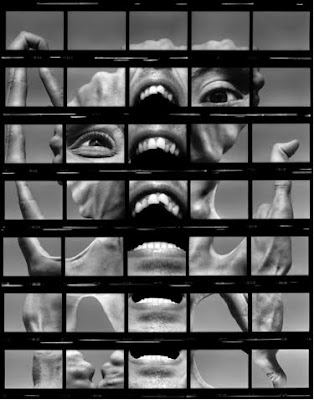 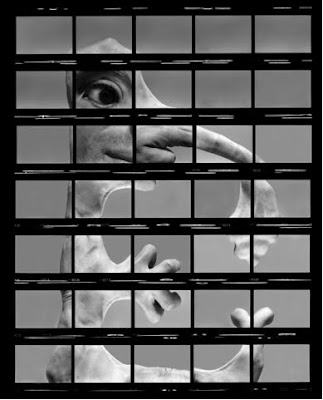 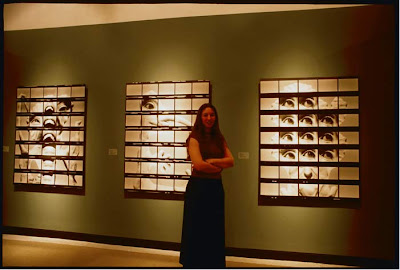 The sprocket holes have pretty much vanished in the final product but you get the idea. They're there in spirit.

•
In January I designed a photo quiz around the game Six Degrees of Separation in which the object was to connect photographs using as few steps as possible. Someone has now built a handy Musician version of the game which is quite addictive. For the time being it's the closest we've got to a photographer's version. Surely some programmer out there can remedy this?

•
In May I lamented the lack of publicity for the local Weegee show. I've since gotten some info on that show, as well as the accompanying Weegee exhibition in Portland.

Photography collectors Ellen and Alan Newberg will give two talks in Oregon this summer on their collection of Weegee photographs currently on display at the Jordan Schnitzer Museum of Art, Eugene, and The White Box at the White Stag Building in Portland.

The Newbergs will lead a gallery talk on Wednesday, July 28, at the Jordan Schnitzer Museum of Art at 5:30 p.m. The exhibition, “Weegee the Famous,” is on view now through August 15 in the Focus Gallery. Included in the talk will be many personal stories, thoughts and observations about Weegee’s photographic career.

On Thursday, July 29, at 5:30 p.m., they will speak at The White Box at the White Stag Building in Portland. An exhibition drawn from their collection, “The More Things Change…Relocating Weegee Photographs,” will be on view at the gallery from July 1 - 30, 2010.

The Weegee photography collection came to the Newbergs from Wilma Wilcox, Ellen Newberg’s aunt. For over 30 years, Wilcox was Weegee’s assistant and life partner. Weegee maintained a studio in their home in New York City.

I will be out of town during the talks but they should be good. I've seen both photo shows and they are excellent. If you live in Oregon, DO NOT miss them. That's an order. 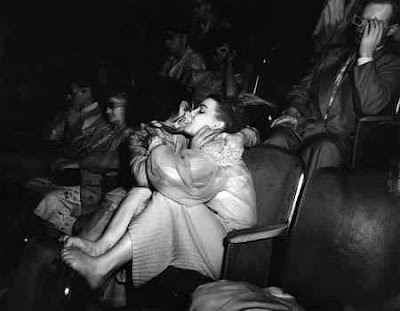 Weegee currently showing at White Box in Portland
•
Speaking of Portland shows, currently up at at Elroy Artspace, 1720 NW Lovejoy, is what is billed at The Largest Show of Tilt-Shift Photographers ever in the Northwest. The show is organized by Tilt Shift America and it's worth checking out. Of course if you're into that sort of thing, why not just do it the easy way? 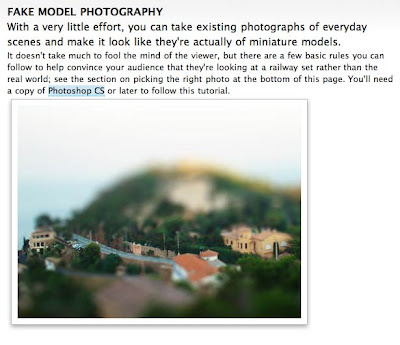 •
Finally, San Francisco now has its own grid project. The trend is on. They're spreading like, well, not exactly wildfire. Which city will be next?
Posted by Blake Andrews at 8:06 AM