Critical Mass Book Award winners were announced last week. While I won't say that you have to document a small Northern outpost to win this contest, based on results from the past few years it certainly can't hurt your chances. In 2006 it was Donald Weber: 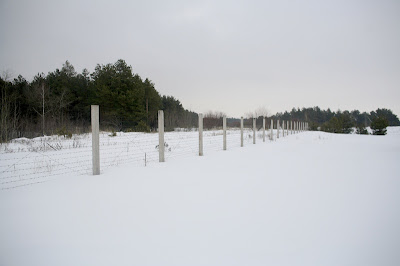 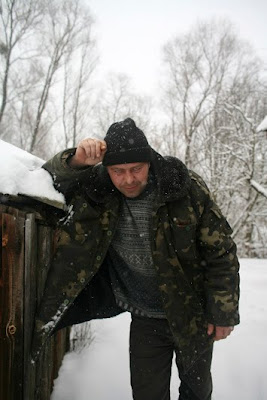 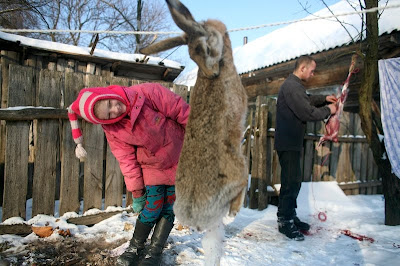 Followed in 2008 by Céline Clanet: 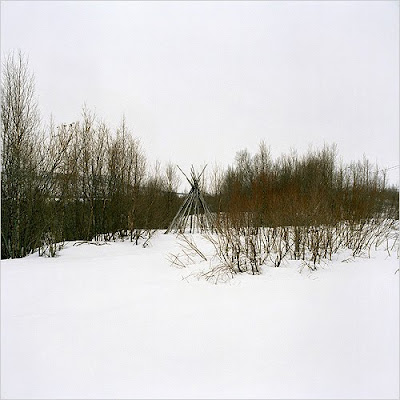 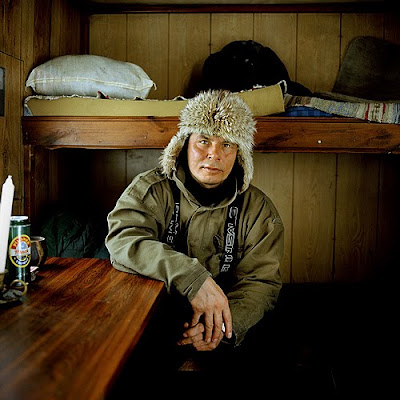 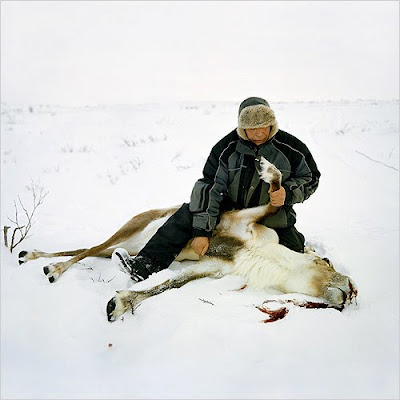 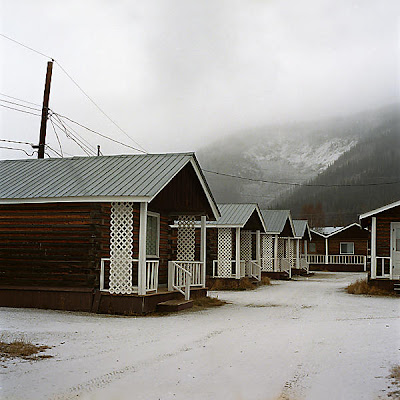 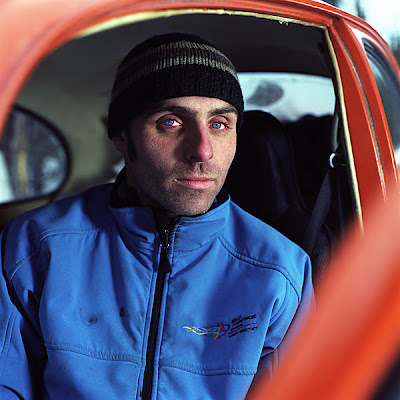 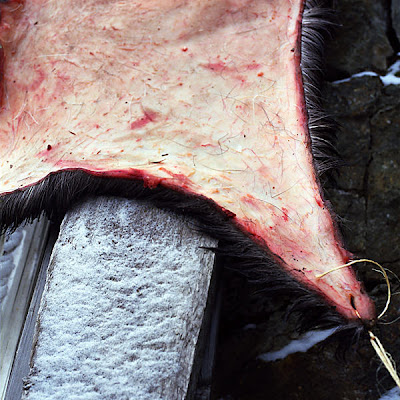 I don't want to homogenize these projects too much since each photographer has his/her own distinctive, strong approach. But the similarities are too glaring to ignore.

The recipe seems to call for spending several months living among a snowy people, examining their inner life by photographing a mix of rural social landscape, portraits, and poetically unkempt interiors, with perhaps a few hunting photos thrown in for grisly impact. I mention the hunting photos because for me they raise an interesting question: How much do these photographs rely on exoticism for their power?

For example, presumably most Critical Mass reviewers don't hunt for their sustenance. How does that effect their perception of freshly skinned meat? If the Critical Mass reviewers happened to live in a simple, Arctic culture like those in the photos, would these same projects win on the strength of their vision alone? Or would the winners depict what we think of as mundane, perhaps manicured lawns and Starbucks outlets? I don't know the answer but I think these are questions worth asking.

Whatever the answers, one thing is for sure. Next year's submissions are sure to contain many photographs --perhaps even a critical mass-- of Northern outposts.
Posted by Blake Andrews at 2:33 PM

Sarah Palin is exotic? ;-) You might be onto something.

You're correct about the sensationalized aspect, ordinary people doing ordinary things that they themselves think ordinary viewed as fantasy by others. On the other hand, the same might also be said about any photographic documentation that is not taken by an "insider."

Great series of winter photographs. My favourite is the portrait in the car. Great eyes and expression.

leave it to http://photorestorationretouching.com/ to entirely miss the effin point.

And in spectacular fashion too. It's pretty rare for someone to comment without reading the actual post. But you have to admit he's right. The car portrait is a good one.