A mirror in space

When I was a kid in the late 70s I spent about a week on a jigsaw puzzle of this image. 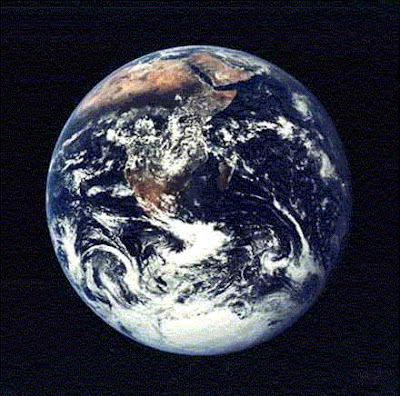 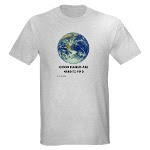 This view of earth is from one of the early Apollo space missions. Although there were many such photos taken from space during that period, this is the one which became iconic. It was turned into posters, T-shirts, and jigsaws.

This photograph has become so commonplace that I think we underestimate its transformative power. It's one of those before-and-after historical points like 9/11 or the invention of mirrors. We had one understanding of the world before the photo and a radically shifted paradigm afterward. 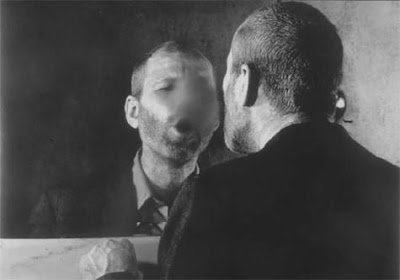 The Mark On the Mirror Breathing Makes, 1977, Dieter Appelt
I think some of our current cultural divisions can be traced to that paradigm shift. For the generation which came of age before this photo —Cheney, Kristol, Limbaugh, et al.— the earth was viewed as an unlimited storehouse of resources there for our taking. Their understanding of economics and regulation can be traced to that notion. The current "debate" over global warming, e.g., is premised on the fact that some people view the earth as too vast for humans to effect.

For anyone who has come of age since the photo, that view is impossible. The fundamental fact of this photograph is that the earth is finite. All the clouds, oceans, and land may appear as a perfect disc of resources, but beyond that is black space.

The other fundamental fact of this photograph is that it's an exterior view. The camera is here but the earth is out there. Looking at this photograph is a bit like traveling in a foreign land. Often it isn't until we are outside a situation that we can see it clearly. From 100,000 miles away the earth appears as our morning mirror in space reflecting the truth of what our home looks like. It is "a fact clearly described," to use Winogrand's term. And indeed, nothing is more mysterious.

I don't mean to get sappy or turn this into a political diatribe. I just want to say on Earth Day that I love this planet with all my heart.

So happy Earth Day, buddy. Here's to another 4.5 billion years and, by the way, nice portrait.
Posted by Blake Andrews at 6:06 AM

Don't worry. I couldn't stop if I tried.