Q & A with Huger Foote

Huger Foote is a photographer based in New York City. An exhibition of photographs from his recent book Now Here Then opens March 8th at David Lusk Gallery in Memphis.

BA: Can you tell me how you initially became interested in photography?

HF: My first camera was an old, beat-up "Argus". My father gave it to me when I was about 10 years old. I was fascinated the first time I saw it, inquired often about it, until finally he handed it to me and encouraged that I go forth. I began shooting right away using only black and white film, a little each day. There were lots of pictures of my dog "Rattler", the clouds above, corners of the house and yard, whatever was around me. My mother used to have to drive to to drop off the film at the local camera store, adding to her carpool duties.

I realized, 20 years later later, that work in my exhibitions represented a return to this approach of shooting whatever was out there, my immediate surroundings, and finding order in compositions.

What was your approach before that return?

I suppose I was always returning to a way of seeing that began in those childhood years.

This might relate to the Zen saying "In the beginner's mind there are many possibilities. In the expert's mind there are few." At this point in your life, do you consider yourself an expert photographer? 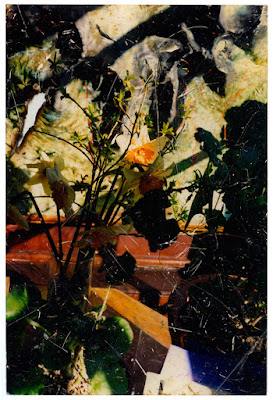 That's a funny word, "expert". I've certainly been making images and paying attention for a long time. My eyes are trained at this point. If I'm shooting each day, things happen and ideas evolve. Breakthroughs occur. The beginner's mind, like uncarved wood.

Why did your father give you a camera? Were your parents into photography as a creative outlet? Were they artistic people?

There were no cameras in my home as a child, other than the old 1950s Argus I mentioned earlier. It was in an old shoebox in my dad's study, and when it repeatedly captured my attention, he gave it to me. My father was a writer. I witnessed his discipline and devotion to his craft. He showed me how artists get things done. The house was filled with books and music, and my parents constant reading. My dad raised me on his favorite books.

Where did you grow up?

I grew up in Memphis, TN.

Do you still have the photographs and/or negatives you took as a child?

I do have the images. There is a portrait of my mother in the new book, which taken with that very Argus camera when I was 10 yrs old. 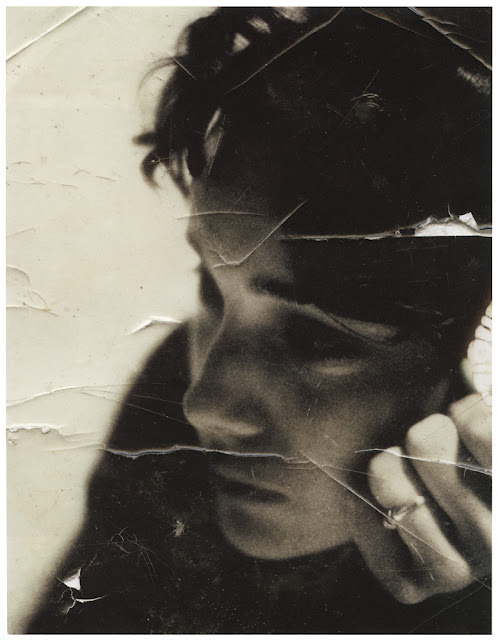 I didn't realize the photos in the new book reached that far back. Can you describe your thinking behind that book a little. How did you choose the photos? Are they all older pictures? Or a mix of new and old? Why this book, this time, with these photos?

That portrait of my mother was taken when I was still a child. It's by far the oldest image in the book, and the only one from that far back.  All the other pictures were taken between 1995 and 2002. At that time, I was in the process of shooting constantly, creating exhibitions and books. So literally thousands of those images were never published or exhibited. Eventually, all those pictures and their negatives were archived and stored, where they remained for several years. Around 2006 I revisited them. This began an intense, three-year editing stage for the work. I was amazed by what I found. First one, then another... it was a treasure hunt, and really exciting. That's when the damage occurred to the work prints. I'd kept the negatives separate and safe, so I handled those prints carelessly, pored over them, stacked and shuffled them, swept them around in piles. This final, furious editing phase gave the prints a “patina”, added artifacts to the images themselves. Not realizing it at the time, I was engaged in an intense, and serendipitous, last stage of creation for the work, just as important to finishing the images as their original subject matter, composition, color, and light. Things were spilled on some of them, creating another chemical process. All this damage wasn't deliberate. I certainly didn't know at the time it would become intrinsic to the finished work. After this phase, the images were once again archived and stored, and remained for another four years. I moved to NYC, where a good friend encouraged me to go revisit the pictures, this time with the idea of producing a book. So, out came the prints once again, scars and all. They carefully selected and edited for the new book, Now Here Then.

I like the process you describe above. There's a great deal of chance involved in the scarring and random wear and tear. And that chance becomes integrated and useful later. I'm curious in general what you think of chance as it relates to photography. How important are accidents in your work? They're useful for your workprints but what about as they relate to your picture-taking process?

The later scratches and creases and stains on the work prints not only added another dimension to the final images, but mysteriously echoed the formal shapes and colors already there. Everything has its exact placement. Had those marks been caused deliberately on my part, I'm certain they wouldn't have the same perfection. It's Nature at work. My role was to recognize and discover. 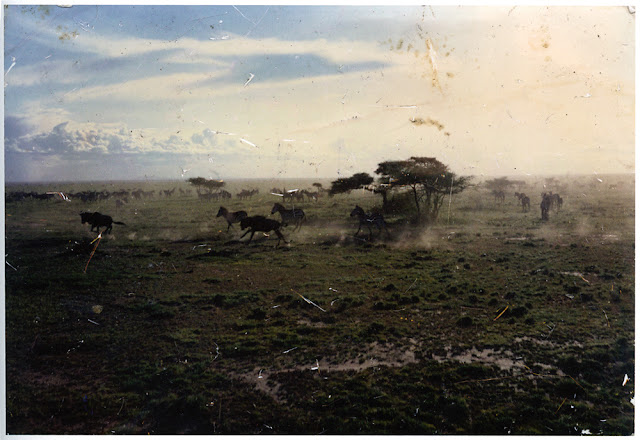 Do you have faith in serendipity or coincidences? If so, how do you explain them?

The serendipitous damage to the work prints, and its mysterious beauty, does mirror the original process of shooting of the images out in the world. It consists of showing up each day, rested and fed, tuned in, open to what's out there... each day, compositions and color combinations emerge during the shooting process. Patterns emerge, and the pictures lead the way, reflecting back, one by one, new ways of seeing. It's challenging to devote oneself to such a process, requires everything you've got, a commitment to seeking and putting things right in the frame. When all the elements are there, when things balance and find harmony, it really more like receiving a gift, or rehearsing a dance until things begin to flow.

You mentioned a period of active shooting from 1995 to 2002. How active are you now making photographs?

Currently working on several projects, all to be revealed in time.

(all photos above by Huger Foote from Now Here Then)

Posted by Blake Andrews at 9:42 AM

Fantastic stuff! Thanks for sharing this!

My sweetie gifted me awhile back with Huger Foote's book: MY FRIEND FROM MEMPHIS -- also a beautiful, and well-designed book. His photos hit a sweet-spot for me, so I'll certainly keep an eye out for the serendipitous newer projects. Thanks for the interview.