What is it with Hungarians and photography? For a country with a relatively small population base (roughly 10 million), Hungary has produced a startling number of first-rank shooters. Brassaï, Capa, Kertész, Moholy-Nagy, and Munkácsi are probably the most celebrated, but there are others. Cornell Capa, Lenke Szilágyi, and Sylvia Plachy to name a few. And don't forget Ervin Marton. And Lucien Aigner. Károly Escher. Ylla. Michael Peto. And so on...

So what's in the water in Budapest?

That's what I asked myself when I first encounted the work of Zoltán Vancsó (via Matt) a few weeks ago. A young Hungarian street shooter, Vancsó's site shows surprisingly wide range. Although he hasn't yet emigrated with a pseudonym, he's managed to keep up the Hungarian tradition. 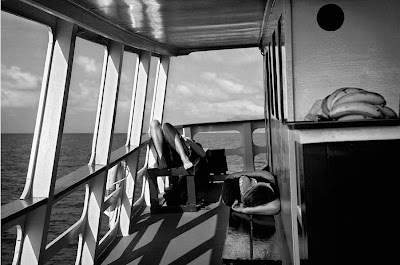 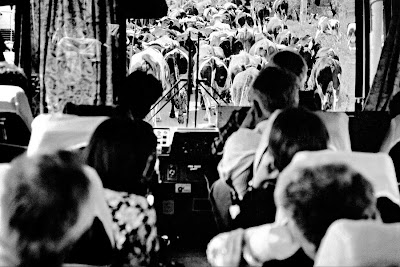 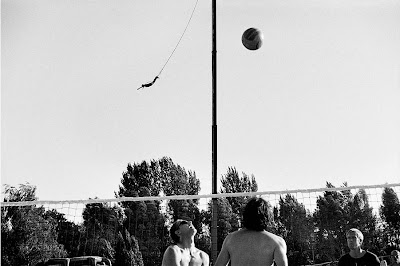 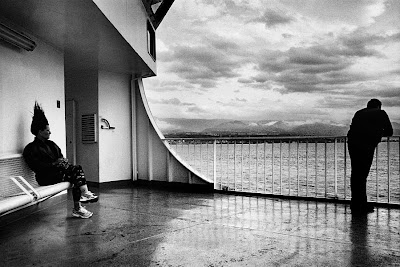 Sicily, 2003
These lured me in, but what really sank the hook was Vancsó recent landscapes, which are vivid, dreamy, and just plain weird. They bring to mind the loose style of Kertész and Plachy in their more experimental moments. Or maybe I'm seeing the ghost of Capa's D-Day footage. 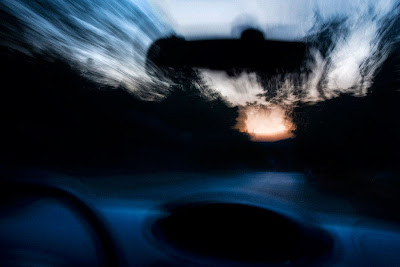 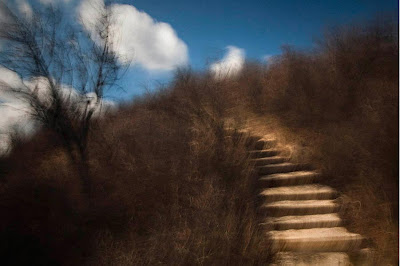 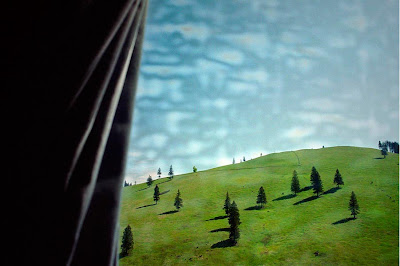 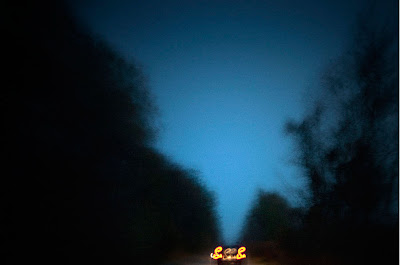 Pilisszántó, Hungary, 2010
When I asked Vancsó if he'd want to participate in a What Was He Thinking? profile he was reluctant. To do so, he wrote, would be to "try to tell the impossible". Which is of course true. Nevertheless he offered up short descriptions of four photos. 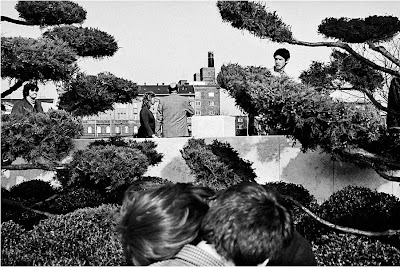 Budapest, 2002
"This was shot at the opening ceremony of the National Theatre in Budapest. I didn't care much about the official ceremony, so the building is not in the picture but only the street behind it. I noticed the couple in front of these strange trees and I only had to wait for people to fill the rest of the frame. It took less then half a minute." 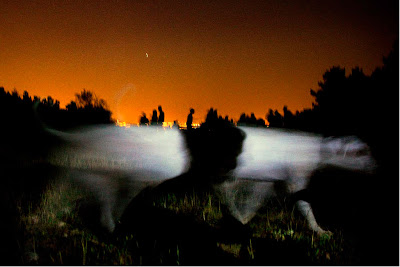 Budapest, 2009
"Every 20th of August there is a national holiday (foundation of the Hungarian statehood) with fireworks in the evening. That summer I moved to a new flat with a huge park behind this building where a lot of people gathered to watch fireworks. I was so busy taking photos of people and dogs that I missed the whole 20 minute long fireworks that night. It was really hard to take any good shots because of darkness, so I was lucky that a few children were playing with a torch and highlighted this dog passing by. Actually they highlighted somebody whose shadow came across the dog." 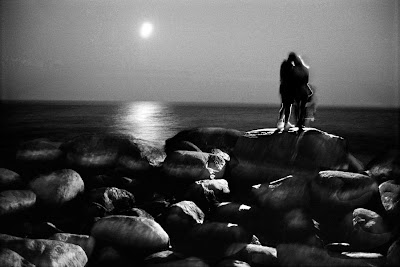 Estonia, 1995
"This was originally taken on film in Estonia in 1995. Two lovers were trying take pictures of themselves with flash. That time I used a long time exposure (approx. 1-2 sec.) and took only 3 photos. One of them was taken in time to catch the light of the flash behind the couple under the rocks. Thanks to the long exposure the background is not very sharp, but I think the image has benefited from this effect." 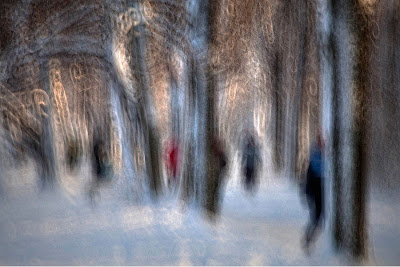 Budapest, Normafa, Hungary, 2010
"I took this one while talking and walking with one of my friends at Budapest's favorite beauty spot around Christmas time. I wanted to reach exactly the same blurry feeling, so I needed make a few expositions to get this effect."

More of Vancsó's work can be seen here. (Warning: if you find background music distracting you'll want to browse with the sound off.) I still don't know what's in the water over there but whatever it is I'm not complaining.
Posted by Blake Andrews at 8:32 AM

Good stuff. Might take awhile to go through though :)

Thanks for bringing his work to my attention. I looked at his site and it is filled with inspiring, well captured moments.

It's not just the water, or the photographers. When Enrico Fermi was asked if there were extraterrestrials, he said they were already here, they just called themselves Hungarians (referring to people like Von Neumann, Wigner, Erdos, Szilard, etc.).

I seem to recall that Hungarians have the highest proportion of Nobel prize winners in mathematics in the world, as well as shockingly high chess rankings. There is certainly a connection between abstract intelligence and photography. In short, they're smart folks and its not a surprise they would produce an over representation of photographers who, like you subject, create complex images.