I've always been a one-camera kind of guy. I've been in a number of relationships with cameras but always one at a time. Whichever I'm with, I'm 100% faithful.

My current camera and I have been going steady for a little over three years. Lately it's gotten pretty serious. We're virtually inseparable.

I don't fool around on my camera. I don't use other cameras behind its back. I don't flirt with other cameras. I don't put myself in positions where other cameras might be a temptation, because I know how one thing can sometimes lead to another.

Some photographers aren't like that. A friend of mine has about 30 cameras, everything from an 8 x 10 view camera to a cute little point-and-shoot. He's not picky. He'll mess around with any camera that comes along. He'll use one camera one day, one the next day, maybe three or four in one day. Sometimes he'll use one camera right in front of another one! I'm surprised he can keep them straight. 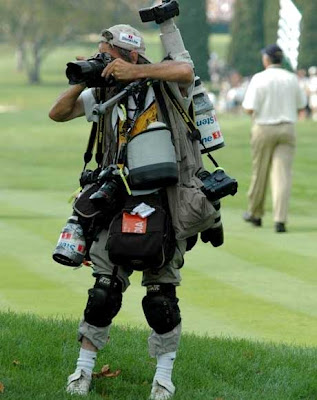 One thing can sometimes lead to another
This guy is promiscuous with accessories as well. He swaps lenses, viewfinders, and flashes all the time. Every time I see him he has parts squeezing into hotshoes, Polaroids riding filmback, lenses mounting holes, currents flowing, shutters being squeezed. Monopods. Sometimes he takes a few cameras and accessories into a rental studio for a few hours of wild shooting. I can only hope he uses a filter.

Well I'm not like that. I don't shoot around.

OK, I admit that sometimes when I'm bored I will look at camera bodies online. There's one screw mount Leica in particular that I enjoy watching on video, and I sneak an occasional peak inside the back door of a medium format rangefinder. But it's just fantasy, nothing serious. 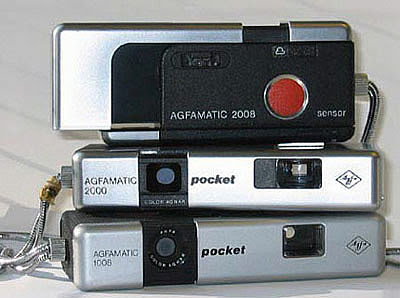 Well, if I'm being completely honest there was one other time. My camera was in the shop. I was feeling lonely so I went downtown where all the camera stores hang out and wound up renting a nice little twin lens for a few hours. Mamamiya! That was fantastic, but I swear it was just a fling. It meant nothing. As soon as I got my camera back we were inseparable again.

Twins
I don't have a wandering eye.

I suppose if you wanted to get technical you could count that incident in college when I had five cameras over to my room and we shot all night. But I was young then. I was experimenting.

Something like that would never happen now. I'm a one-camera guy.
Posted by Blake Andrews at 8:47 AM

you're in denial, b. I've seen you since you've been with leica, with diana, with mamiya, with nikon, with point&shoot digital, and maybe even yashica, and I know you've had your eye on polaroid too. I'm sure leica knows about all of them--you can't fool leica. You need to be honest with your faithful readers.

My first dating was precisely with that old Agfa sliding compact. I remember the disposable flash bulbs. Good summer memory.

I guess my secret is out. Wolf is right. I've used all sorts of cameras, and the worst part is I loved every minute of it. My only saving grace is that cameras can't read blog posts, so hopefully they'll never find out.