Willard C. Feldman died in his sleep Saturday. He was 85. His contributions to photography were enormous, and he will be missed. 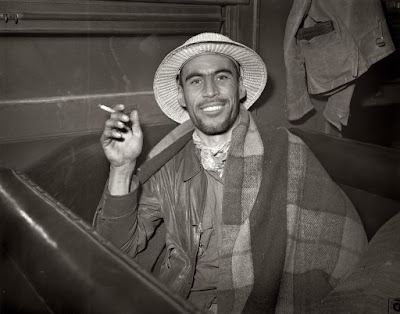 San Francisco, 1943, Willard Feldman
Although he was probably best known for his early and innovative adoption of color, Feldman left a wide legacy that is beyond categorization. His early career in the 1940s focused mainly on under-represented segments of society. It wasn't until the early 1960s with Life and Look magazines that his signature use of color really developed. In an era of staid traditionalism he embraced camera shake, lightleaks, and unconventional framing. 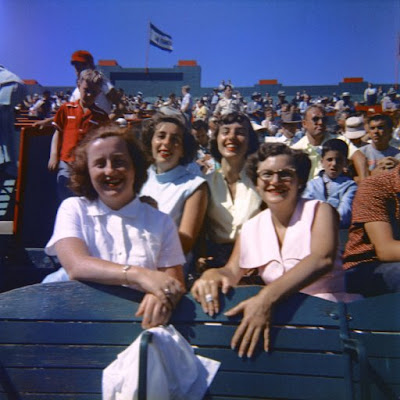 Seals Stadium, 1955, Willard Feldman
This continued through the 1970s and 1980s as his work somehow became both increasingly radical and uninflected. In 1989 he abruptly abandoned color to return exclusively to b/w, this time using large format lithography film to make his famous livestock studies. To the end he never stopped exploring, and he was creating new photographs right up until his last days. 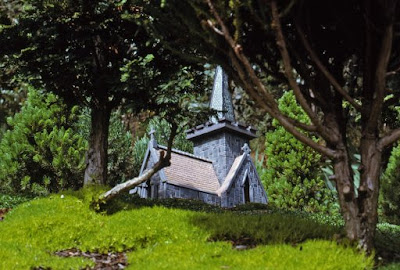 Church, 1969, Willard Feldman
Although his photographs are widely distributed in collections, Feldman always flew a bit under the radar. He retired from public view in the early 1990s and much of his work is barely remembered today. That he was not computer savvy didn't help. It's very difficult to find anything about him online, either biographical or actual images. But that shouldn't diminish his legacy.

He is survived by his wife, two sons, and 7 grandchildren. Truly he was a giant in the field and an inspiration to all. 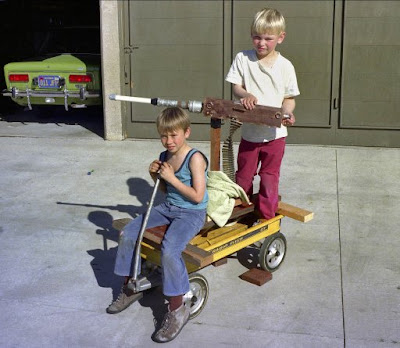 George and Monroe Feldman, 1974 by Willard Feldman
Posted by Blake Andrews at 9:15 AM

Hi. Two of the photos, "Seals Stadium" and "Church" are not by Mr. Feldman, but are from my family's personal collection. I submitted them myself to the Shorpy site, from which I assume these copies were taken. A third photo, "George and Monroe Feldman" is also taken from the Shorpy site and had been submitted by another user. I'm not sure how this mix-up occurred, but please correct it. Thank you.

What is the deal with this seemingly fabricated post? The photos are from Shorpy.com and the Library of Congress. Taken by Paul Penna and Marjory Collins.

So kind of like The Onion, but even subtler. Sure reeled me in. Ha! Ha!

Yes, this post is completely fabricated. It was sort of a web based experiment to see how far the information would circulate. I often encounter obituaries of obscure figures. I was curious if I could create such a person from scratch, and what online legacy might be generated.

I used a few Shorpy photos for the post. I can remove the them if you want.