Bruce Hall: What Was He Thinking? Part III

This is the last installment in a three part series with Portland photographer Bruce Hall. These color images are from Bruce's longterm photographic study of Mexico. Part I | Part II 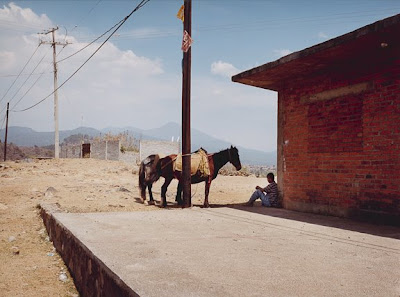 "This came from a day trip around lago de Patzcuaro in Michoacan. It was midday and very hot. I had stopped to check out a traveling circus set up on the side of the highway. I saw this kid with the horses from a distance and knew instinctively it had potential. After I finally realized there wasn't anything happening that interested me at the circus tent, which was closed, I turned, walked across the street and shot this photo. The boy never said a word and neither did I. I felt later that this frame really conveyed what it felt like that day." 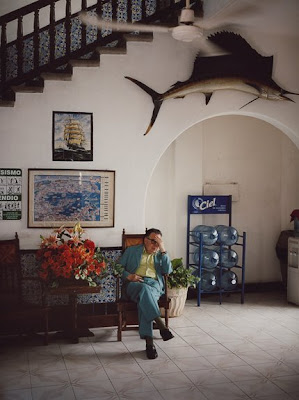 "I was checking into a hotel in Manzanillo where I had stayed several times before. I was standing at the desk waiting for the clerk and saw this guy. I knew I had to take a picture so just turned, raised the camera and shot one frame. He looked really tired and sort of pensive. I think he saw what I did but apparently was not too concerned one way or another." 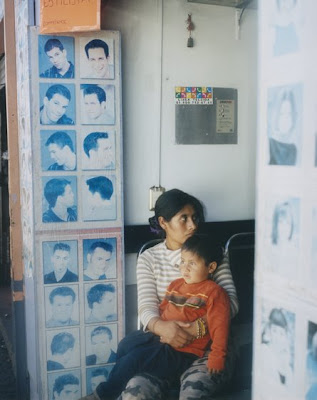 "About a year and a half ago I spent a month in Oaxaca. I was at the end of a trip where I ended up driving about 10k miles in six months. This was my longest time in one place and I really relaxed and enjoyed my time there. I would walk every day with my camera. I usually have the focus set at about 15 feet. I really don't remember much of anything about this frame other than intuitively responding and hoping for the best. More often than not those kind of situations produce out of focus, confusing images but I was lucky with this one." 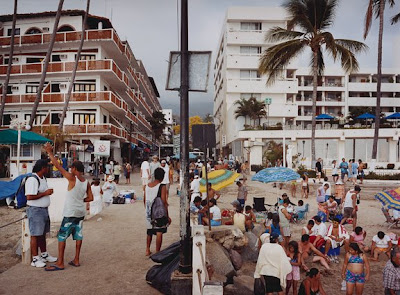 "I stayed in Puerto Vallarta for a few nights a couple of years ago. It's pretty touristy and not such an interesting place but being a compulsive photographer I had a go at it anyway. This shot was made on a short pier which unofficially separates the tourist and local beaches. It was Sunday and, as is typical in Mexico, families were out in force with beer, food, umbrellas and the resultant trash that accumulates at any such gathering. I was hoping to get a frame that described some of that happy and chaotic Sunday ritual. I think this one does and it's also interesting formally in the way it's split down the middle by the pole and railing. It flattens the space which heightens the sense of closeness." 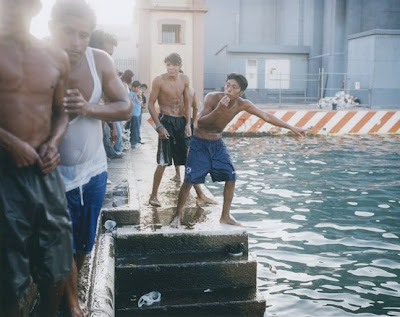 "This is probably one of my favorite photos I've made in Mexico. It was at the harbor in Vera Cruz where these kids dive for coins the tourists throw in. The light was going fast and it's backlit as well so it was a little dicey. The kid with his hand to his mouth was imploring people to throw coins so he could eat. The guys in the foreground were trying to get into position to dive in. There were a lot of people preparing to throw money so it was a bit like a feeding frenzy. Things were happening quickly and I was trying to shoot fast and not end up in the harbor myself." 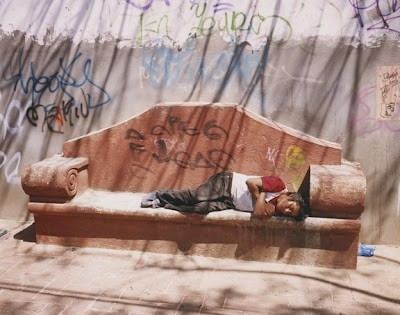 "Throughout Mexico I've seen so many people sleeping in public that it seems almost iconic in a way. I have numerous photos of the subject and this is one of my favorites. I was in Oaxaca and it was late morning. I suspect this guy may have been living out of doors more or less permanently and was sleeping on what I think is a colonial era bench. I felt in that moment that this represented a metaphor for the history of Mexico: indigenous cultures destroyed, colonial era exploitation and resultant wealth along with the all pervasive graffiti and extreme poverty of this time."
Posted by Blake Andrews at 7:49 PM

Your approach in colour is very subtle and restrained.