Q & A with Bumdog Torres 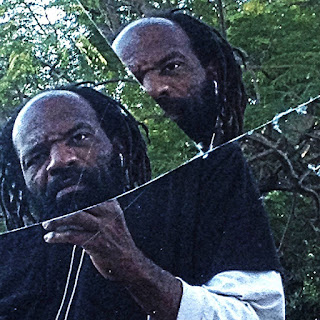 Bumdog Torres is a photographer and videographer based in Los Angeles.

BA: Where are you exactly? Do you have a good place to do computer stuff, or are you on a phone? I know you're in LA., just curious about the logistics.

BT: Currently I have a place in Hollywood. The city gave it to me because of COVID. I didn’t want it but I needed a place to work out of. I’m on a computer right now.

Can you give me some basic background. Where/when did you grow up? What has been your journey since? How did you first get interested in photography? I know that's a lot to cover. Maybe just hit the highlights.

I grew up in LA. I was mainly interested in movies, and movie composition, not still photography. I was inspired to take selfies because of Vivian Maier. That’s what started it.

You saw the Vivian Maier movie?

No not yet. I saw the original news piece from Chicago describing how that guy found her works. When it first came out.

Oh yeah. What a strange story. I love her pictures. I think the fact that she influenced someone several decades later indirectly is pretty fascinating too. So you weren't shooting self portraits at all before discovering her?

No, I never had a still photo camera before, just video cameras.

Wait, still? You mean the stuff on IG is from video cameras? 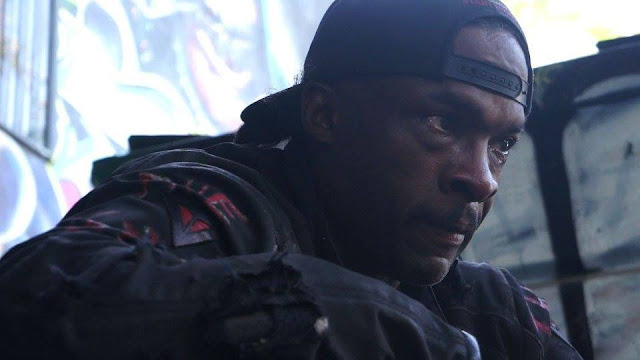 In 2014 I bought an iPhone 4s off the streets and started taking selfies. After a couple of years a friend gave an old Sony point and shoot, and I started taking video again of friends. But then I started taking out frames of them as still photos. My earliest portraits are actually video, with the frames taken out.

What was it about selfies that attracted you? I'd love to ask the same question to Vivian Maier but not possible,

They were easy to do, and like I said Maier did them so well I was inspired to do the same. But the iPhone back then didn’t take good portraits of people, so I stuck to selfies.

Well wherever you go, you always have yourself available as a model. So there's that. But I'm guessing there was some deeper reason. Was it a way to study yourself? Or find out more about yourself in some way?

No, I was living on the streets and it was just a hobby. Finding mirrors in the trash and alleys and shooting in them.

Did you shoot other stuff through mirrors at the time?

No, what could I shoot?

You can shoot anything in a mirror.

I wasn’t aware of that. 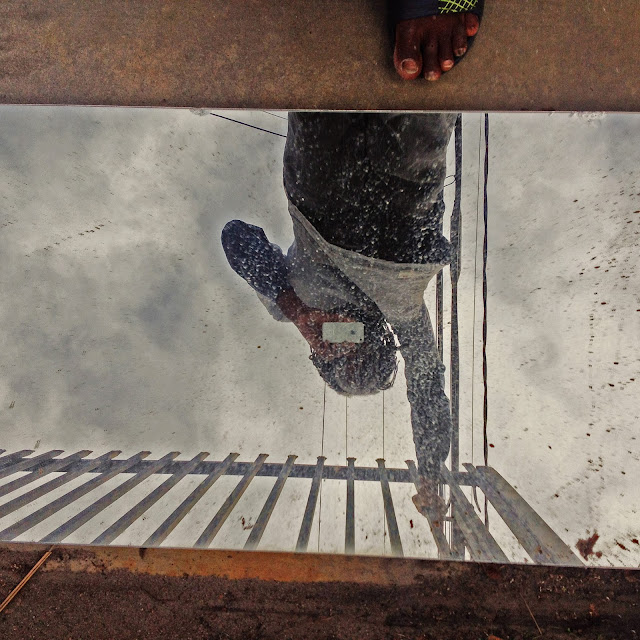 Have you heard of this book of mirrors? It's pretty awesome.

Is anyone good looking?

I mean, Brad Pitt or Kim Kardashian. What do they see when they look in the mirror? The aesthetics kind of go out the window when you're doing selfies. It's more about self analysis, I think

How did you manage all the photos your were taking during this time? Did they stay on your phone? Or did you print or store them somehow?

So you shared them on social media. Did you also archive them for yourself? Or maybe those outlets were the archive?

I used FB and IG as my storage.

When did you get the name Bumdog?

Back in 1997. I was in jail for failure to appear in court. In the cell I was talking about living on the streets, someone asked "You smoke dope?” I said no. They asked, "Do you drink?" I said no. Then they asked "Well if you don’t drink or do dope why you be bumming everywhere?" I said "Because I’m a bum." They all laughed and started calling me bumdog. It stuck. 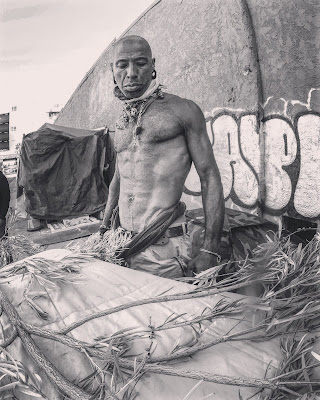 You never tried any of that stuff? Or went that way and now clean? I'm asking as someone who uses drink and drugs on an occasional recreational basis.

No, I never even used it recreationally.

Wow, virgin brain cells. Impressive. Mine are shot, some of them anyway. I guess it's national dog day today. That's what I read on FB. So maybe it’s a good day for bumdogs?

What's your photo process? Are you out shooting pictures most days? Do run into the same people a lot? Do you stay in the same part of the city? What’s your routine?

Just when I’m walkin’ around pushing a shopping cart I’ll ask usually a homeless person if I can photograph them for $5. It doesn’t happen every day.

You always pay your subjects?

Well not ALWAYS, some people I shoot aren’t homeless. I tell them if they let me photograph them Ill give them $5.

It seems like a fair trade. Did you give Steve Martin $5, lol. 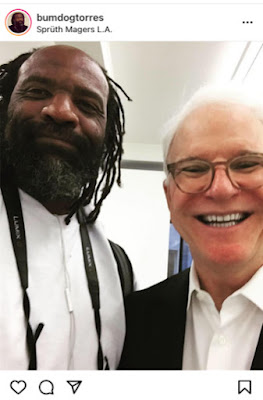 He is one of the exceptions.

Do you give them a print too? Or is it just a passing thing?

If I see them around and I know where to find them I do.

Are there other photographers besides Vivian Maier who have influenced you?

She's awesome. Anyone in LA? Do you have any photo friends or community there?

Yeah, I know several photographers here, that I’ve learned a few tricks from.

Just things to look for like shadows and reflections.

Do you know the pictures of Suzanne Stein?

Yeah, someone said my stuff reminded them of her. Her and Suitcase Joe.

What do you think of her photos?

Very good. Better then mine, but I’ve just been photographing seriously for the last couple of years.

They feel exploitative to me, but maybe that's my personal bias.

There’s always that element in street photography, but I know what you mean.

It's her position of power shooting people who are less fortunate. It's a twisted power dynamic. But maybe that's true of all street photography. It's always a power play.

There’s always that element especially when you are making money taking photos of people out in the streets. Whether its just for you or LIFE Magazine.

I don't know how much money she's making at this. Maybe that goes back to the $5 payments. It's a deliberate way to flip the equation? Instead of making money at it you are losing money. Or maybe it’s investing money, not losing.

Well if I sell their photo, I don’t feel like I exploited them. In fact that’s what I say to them. I sell my prints for $10. 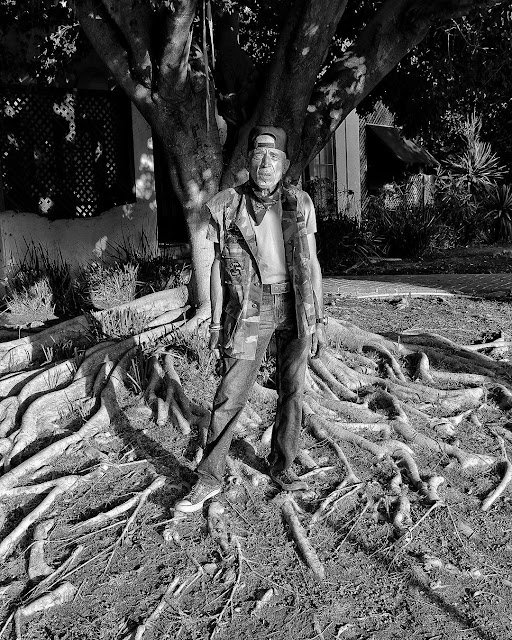 Do you sell many prints?

How do those sell? Asking as someone who is terrible at selling prints or books.

It’s a big investment, and the money just trickles back, but I don’t do it for the money.

Why do you do it?

It’s just something I do. It’s not deep or complicated to me. Maybe to others who are much better photographers it is.

I think people can make photography deep and complicated and lead themselves into needless trouble. All the hyper-education and theories that surround it tend to get in the way. It's not very complicated at it's core. Going out into the world to record what you see is a simple act. If you're taking photos on a phone or digital camera and archiving on social media, it's pretty inexpensive.

Yes, that’s how I got into it. However when you start taking it more seriously then you start paying some serious money. After a certain level nothing is cheap. 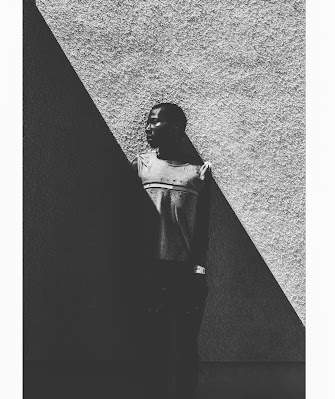 Maybe it doesn't make sense to think of photography in economic terms. Because in raw dollars, it can be absurd. Very few artists make a positive cash flow on photography. It's almost always negative. So if that was the decisive factor, no photos would ever get made.

Can I ask about being houseless. You have a home now but in previous years you were on the streets. What was that like? Were there parts of that lifestyle which you came to enjoy? Or was it generally negative?

No, I was better suited to outside life. That’s why they called me Bumdog.

You'd rather live on the streets?

Do you see yourself moving back to that lifestyle? Perhaps after Covid?

Sure. It wouldn’t mean anything to me. But as long as I have this place I tried to take advantage of it with the projects I’ve been doing like the photobooks. I’ve made 6 in the 8 months.

Yeah, since December to July.

Is that a function of having an indoor place with facilities to make them? I mean, presumably you couldn't make those while living on the streets?

I could have but I was determined to be productive while I was inside. 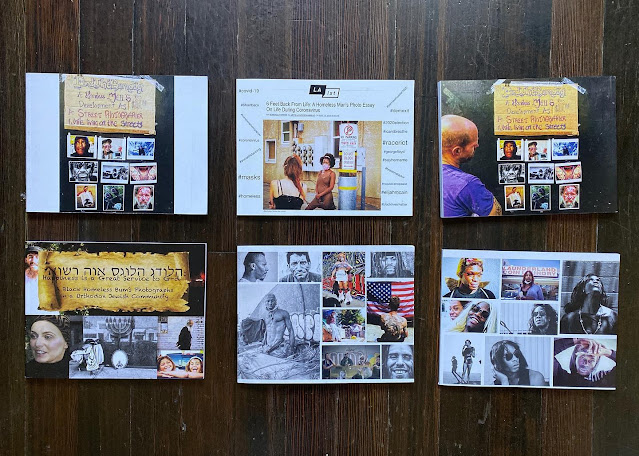 Which photobooks by others do you like? Do you have any that are particularly special to you?

Jim Goldberg's Raised By Wolves I consider the best photobook ever.

Good call. I don't have that book but I have the Fingerprint box with facsimile Polaroids. I love it!

Yeah, I got that one too.

I think many were shot in LA

What happens to your photobooks when you move back to the streets?

I’ve sold most of them, I just made 100 copies of each, except the last two, I made 50 of each and sell them together.

I mean Raised By Wolves and Fingerprint and books by others. Where do you store those?

I acquired them since I’ve been here. If I go back on the streets Ill figure something out.

Better watch out. Pretty soon you'll be an indoor person. It gets harder after a while to give up creature comforts and move outside. Especially as you get older

Not for me. I had a place for two and a half years. When I left it I thought I would be upset about it. But when I got back on the streets I didn’t feel anything. It’s all the same to me.

When I was 20 I could sleep anywhere. Pavement, foam, dirt, whatever. Now at 52 my back gets stiff if I don't have a pillow. 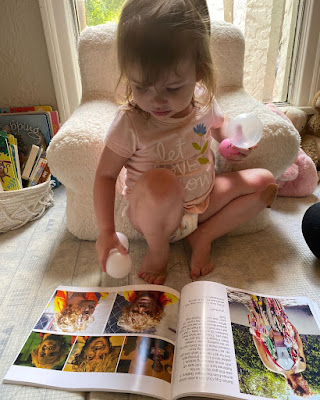 December 1968 for me. I grew up in California too. But the other end. Far northern coast.

Yup. I'm looking at the photobook image you just sent. What's the one about the Orthodox Jewish Community?

Photos I took while bumming around an Orthodox Jewish Neighborhood.

Shooting homeless? Or other people?

What was their reaction?

I just can’t explain it that quickly. It’s a long story.

Fair enough. What about the book titled "A Homeless Man's Development As a Street Photographer." How do you think you've developed?

It’s just all the photos I took from my first selfies in mirror, to my later portraits. Kind of a Auto-Retrospective. That one is sold out. I made two editions of it. The second one I added 50 pages and 150 more photos. I consider it a separate book. It was a lot of work. 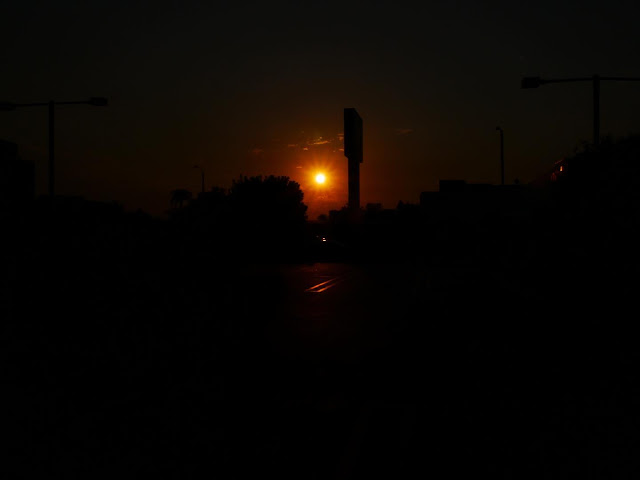 Are you handling all the payments and distribution yourself? That can be a lot of work too.

It’s not a issue yet.

How do you print them?

A printshop. I don’t like doing it over the Internet.

You're like a photobook firework going off.  I can feel the creative spark a thousand miles away. Where's the best place to buy your books? Through IG? Or do you have a shopping site?

Through me. Just let me know which one you want.

Choosing to live on the street is not easy at all. It may seem impossible but he managed to manage his life choice by organizing it, making it less difficult thanks to his talent and creativity. I wish him the best.
Nice interview!

Keep doing what you're doing!

Interesting. Agree with Stan B.
Next question. 👍

ChristinaAlley said...
This comment has been removed by a blog administrator.
October 14, 2021 at 2:45 AM