My last post put me in a Winogrand mood, so I figured it'd be fun to share some other old ephemera. The photos below are from an early Garry Winogrand photo essay published in the debut edition of Eros, Spring 1962, which I stumbled upon in a Maine bookshop several years ago. 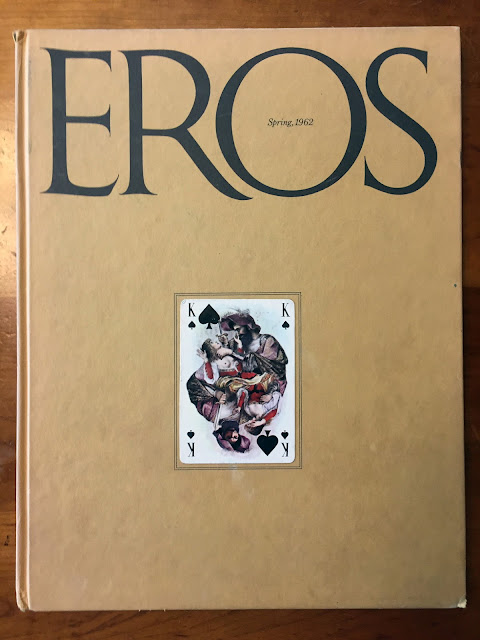 I guess Winogrand's Love In The Subway fit the journal's theme. 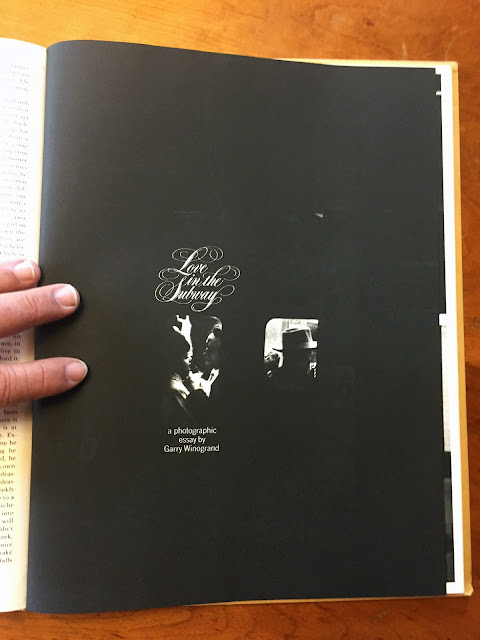 As far as I can tell Eros was a soft-porn journal aimed at the intellectual crowd. This was back before the sexual revolution when such subjects were taboo, so Eros had to hint at the subject sideways. It's full of double entendre and poetry and wink-wink/nudge-nudge, plus a few photos. 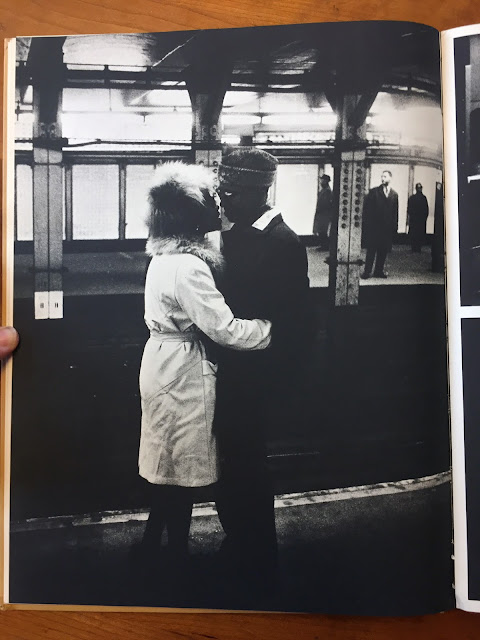 The photos seem pretty tepid to me, unremarkable by today's standards. 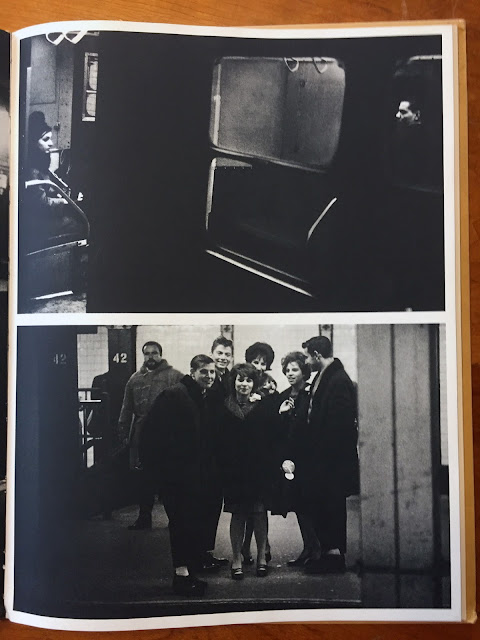 They're only noteworthy because of who made them and what he'd do later. 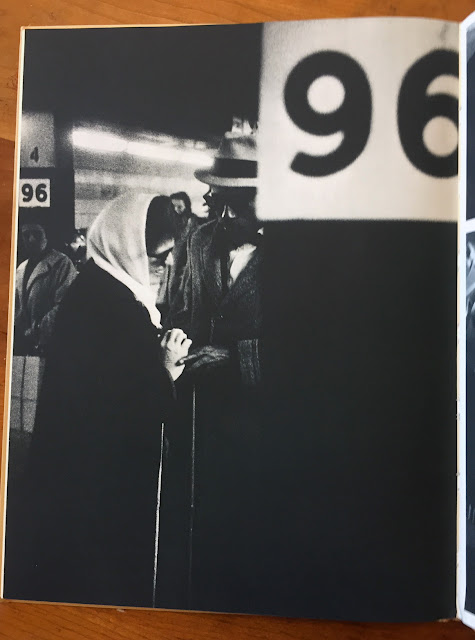 But I guess that's the crux of the issue. 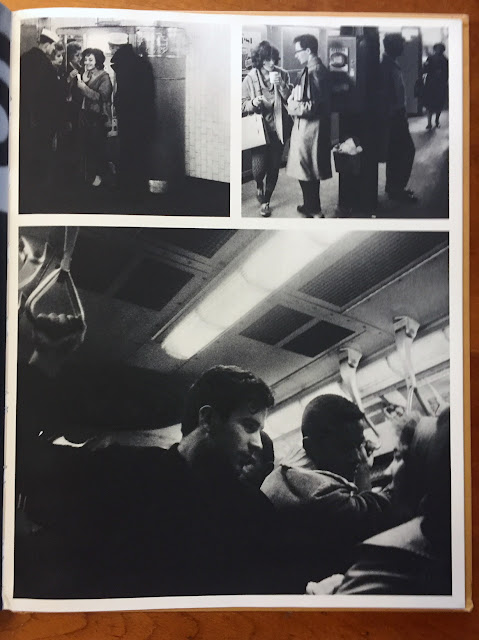 How did a 34-year old journeyman assignment photographer break through from shooting this mediocre material to his miracle year 1964 just two years later? 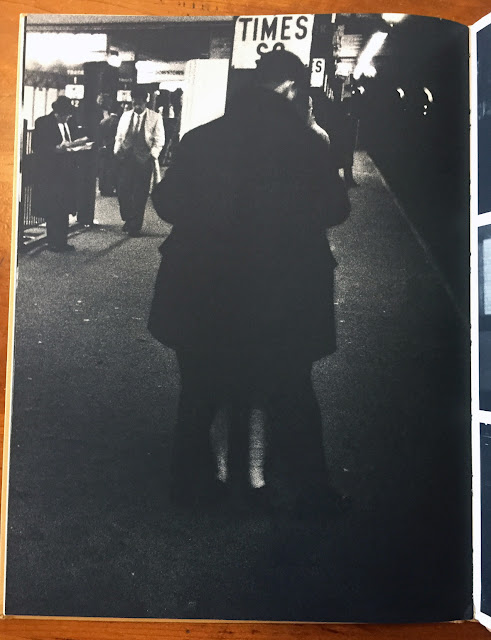 Something in the water? Drugs? Indian Yogis? The sixties? The 10,000 hour rule? 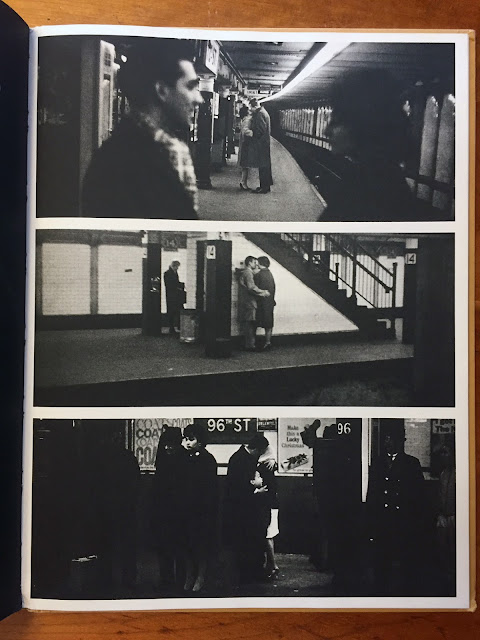 Your guess is as good as mine. Just grateful it happened. 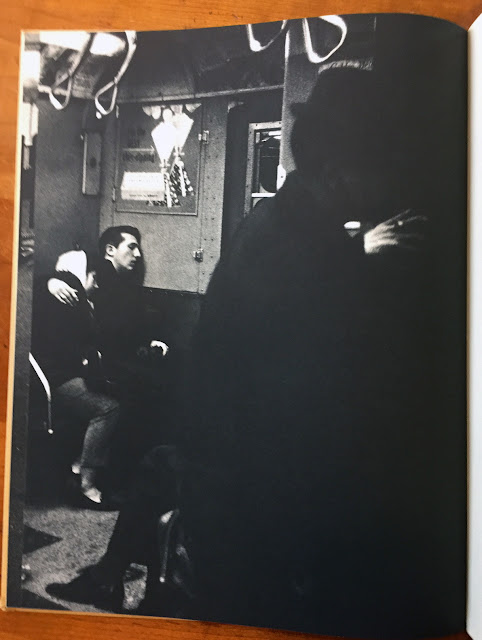 You can see the influence of Frank and Doisneau. Like a songwriter whose first album is a little too Dylanesque (ha, like Dylan's first album is too Guthriesque) but later finds his own voice.

Arbus, Friedlander and Winogrand were all curiously cooking at pretty much the same time- close but not quite ready to debut the finished product. Kennedy was assassinated, The Beatles hit the states, and "The Sixties" really started in '63.
Yeah, something was most definitely in the air, and water at the time...

I wonder how much the editor’s choices had an effect on your judgement of mediocrity and how far W was artistically from what he would eventually produce. I wouldn’t be so certain to judge without seeing all the negatives from whatever this project was originally intended to be. My neighbor has this copy of Eros, and so I too found these pictures as a curiosity about two years ago, and have gone through them quite a few times. What strikes most, and doesn’t come across the screen really at all, is the density and dedication to the blacks of the subway shadows Winogrand seeks and finds here. He clearly goes right into them and lets all information be lost in them; he loves them, those blacks seem to be the reason and passion for this territory, as if the infinite endless nothing of them were closer to a representation of New York living than anything the humans were actually doing in the pictures.

The photography in the Eros series is fascinating and interesting, my neighbor has the first 3 issues in hardback, there are some incredible Bert Stern photographs of Marilyn that I had never seen before, and seem to be a pre cursor to what Avedon would do later in the American West. Her certainly saw them, they are dead ringers for that series, if only that Stern is maybe at distance a bit further away than Avedon preferred in order to create (often) his faux intimacy with his subjects.

Thanks for this post. I’ve been wanting to read/discuss this series for a while with somebody, and of course you found it. .