Q & A with Peter Kool 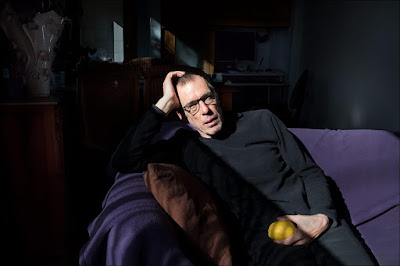 Peter Kool is a photographer based in Belgium.

PK: I grew up in a time when people literally had to dial a number to reach someone else.
Did a lot of sports during high school until I became a drummer in a band and the girls came to see us in our rehearsal space.

What happened to drumming?

At some point our amplifier broke and we didn’t have the money to buy a new one, so that was the end of ‘The Outlaws’. I was a terrible drummer anyway.

Does a sense of rhythm help you find photos?

Don’t know if a sense of rhythm would help to find photos, but a high rhythm in the amount of photo strolls definitely increases the chance on luck.

What was your path into photography?

A few years later I was married and we had our first son. I started working in a steel factory, but felt somewhat empty. I already grew to like photography by taking pictures of our son. My wife attended art academy at the time and she pointed out that photography also was taught there. I embraced the info and the informant and I was off.

What sort of art does your wife practice?

My wife did painting and drawing, but doesn’t practice it anymore for quite some time now. 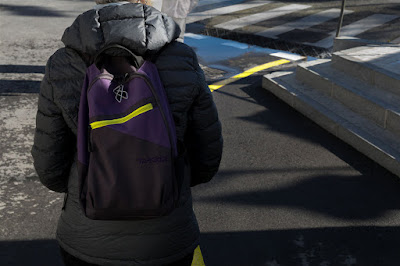 Where can I see your old family photos?

All those early pictures are on slides or pasted in albums; they are not online and have no artistic value to share with other people I think. For me they are precious family snapshots of course.

You were born in the Netherlands but have spent most of your life in Belgium. How does your perspective as an ex-Pat relate to your street photography, if at all? Is a sense of alienation helpful for making street photos?

I grew up 4 kilometres from the Belgian border. I think many countries are blending in the border area; people are crossing each other borders for various reasons; like working, shopping, partying, loving and marrying. My wife is Belgian; we are a blend too. After marrying I lived 4 kilometres on the other side, so not much of alienation in my case. I do think however going to another country with a completely different culture can influence your photography; at least in the beginning. I once went to Thailand for three weeks and couldn’t make a single good photo; I was too overwhelmed and then you get these typical shots.

Do you find photos more easily in familiar places?

When I went to Thailand, then at first much seemed to be out of the ordinary; it takes a while to adapt with the different culture and look beyond those typical things.Unexplored places do give me more inspiration then a familiar location, but to find photos you just have to be out there I think. It can happen anytime anywhere.
You took a long break from photography to work in a steel factory, and then returned. How did your vision change in the interim?

When I woke up again my vision wasn’t changed, but I had to get used to taking pictures again. My photography world had been very small until then. I had some books of a few well knowns and visited some nearby expositions, but suddenly there was the Internet. I had no idea; looking at pictures of photographers from all over the world gave me a lot of inspiration. It was also a colourful world and I let go of the black and white, but that took a while. 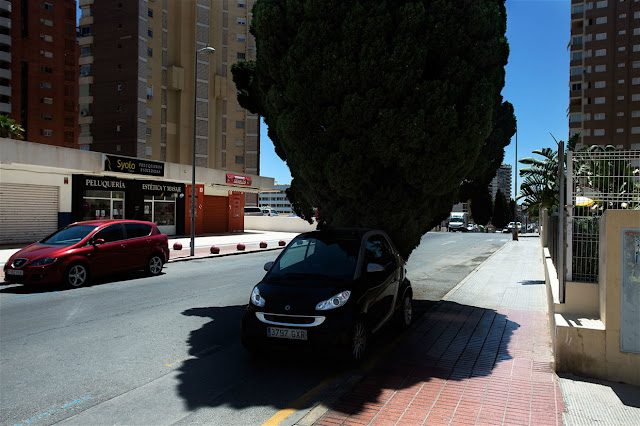 What do you photograph now in color that you would not have shot in b/w?

I sometimes try to match colours now and I also try to avoid backlight, because it flattens the colours I think.

What else do you avoid shooting?

What was it like working in a steel factory?

It was a grey, very noisy and dusty place; that and the shifts, including nights, in the long run made me mentally and physically tired. It was also the reason for the break from photography. When I look back I don’t understand why I stayed there for so long; it was as if I had been stuck there. The positive thing was my early retirement, because of the nightshifts I did.

Did you make any photos there?

I kept photography and work separate. Taking pictures was a counterweight and I didn’t want it touched by the factory. Although you probably would be able to make terrific pictures there, but I doubt if it would be allowed.

Do you socialize and/or shoot with other local photographers? Or is your practice mostly solitary?

I’m a lonely shooter; I would not be able to concentrate on making photos if someone would be with me. I did socialize with other local photographers when I was younger and it mostly ended up in a pub, drinking lots of beer and philosophizing about life.

I agree it's hard to take photos with others. The question was more about activities outside of shooting. Do you share photos or meet with other photographers in real life? Or is your primary photo community online?

I’m a little spider in the big web; it’s virtual, but a great way to share the photos I take and that’s the main thing I do; take photos. 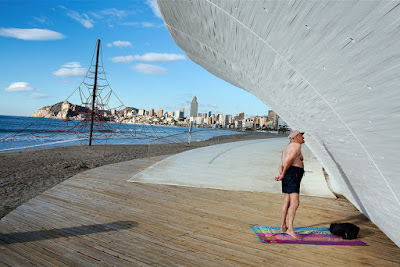 You once said in an interview making a photo is "not something you can learn, like baking bread." Can you elaborate?

One can learn how to mix the right ingredients to make bread; not so how to make a good photo, I think. Baking bread is a skill; photography is beyond that.

Photography is beyond skill? I don't understand.

I think the skill lies in the technical aspect of a discipline, which is needed to display the creative artistic power, which lies in another part of the brain, I imagine. In getting older I think sometimes the connection between the two parts is lost as I once again forget to set my camera to the right settings for the scene.

Such mistakes can sometimes produce great photos. What is the role of accidents or mistakes in your photography?

The negative accidents I had were mostly about bad exposure; some positive, but also negative accidents were because of shutter lag. I've gotten rid of that slow camera. My current camera adjusts the ISO value automatically when I’m forgetful and has almost no shutter lag, so maybe now to get lucky I have to stumble over a stone while pressing the shutter.

What setting do you think has better potential for photographs, a gritty background or a clean background?

With a clean background is easier to isolate shapes, like on a beach. They have to be damn good to not disappear in my second class folder. I think a photo with a more urban environmental background can be much more interesting; no beachy behaviours there.

What does your current desk and work area look like? Clean or messy?

My desk is only ninety centimetres wide; it’s quite organized but always dusty.

I've read that you were good at math as a kid. Do you think math and photography are related?

I was good in two disciplines; gymnastics and math. Can I take a good photo while jumping over a fence? Never tried it, but certainly not anymore. Don’t know really if there is a relation; math is also about patterns, structures and ratios; so it’s possible. But what I liked to do was prove algebraic formulas. So maybe resolving and arranging abilities can be helpful.

I was into math as a kid too. I think photography has been a way for me to get away from that. The problem is it keeps creeping into my photos.

I know what you mean; I often tell myself to take more photos by reflex. When you have an itch, you don’t think shall I scratch, you just scratch.

Have you been back to NY recently to make photos? 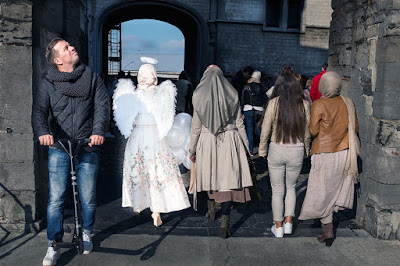 No, not yet. I would love to, but I hate these long flights so I keep postponing it and it would be quite expensive I think; my wife probably wants to go shopping there.

What is your favorite recent photobook?

I purchased some photo books in the past, but not recently. I need all the money I can spare for traveling; have to make choices.

What are some good Belgian bands?

What other music do you enjoy?

Getting older I like classical music more and more. The violin and cello are my favourite instruments. In the right hands they can moisten my eyes and give me goosebumps at the same time. I also like Bocelli, Brightman and many oldies like The Stones, Animals, etc. I have this wooden old record player, the kind you have to wind; control of the volume is by opening or closing the little doors at the front. I like to listen that now and then; when I play a record of Edith Piaf for example, it’s like a time machine.

Every photograph is a time machine. I think that's part of photography's appeal, but I don't understand exactly how it works.

What is your process for creating these time machines?

I just stroll in places where people hang out; never stay long in the same place and have a coffee now and then to study the catch so far. I go to Antwerp, the nearest town, one or two times a week and stay there for about five or six hours. In winter I go to Spain two or tree times and in spring and autumn I go to France. In summer I stay at home, because then everyone else is traveling. My visual triggers are things that what I think are out of the ordinary, but afterwards it turns out that’s not always the case.
Posted by Blake Andrews at 12:12 PM