Q & A with Stan Banos 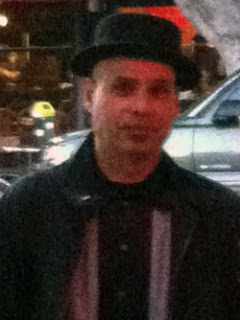 •
—all photographs above by Stan Banos
Posted by Blake Andrews at 10:24 AM

Love to here Stan's "voice" once again. A true photographic character. Stan's passion for life, justice and photography has taken him to many places. Some rather dark and others bursting with wonderful shades of grey. RF will return, Stan will let things well up inside to the point where it just has to burst forth in righteous proclamations and indignation. I look forward to it.

Thanks for this Blake. Stan. I still miss your blog because there are so few that actually said anything about the world. But I always felt yours was much more constructive, reasoned and with a long term voice.

I love the interview and the fact that you call Eamonn Doyle the Eno of Street Photography.

Keep on scanning, keep on working and keep on fighting!

Blake
Good interview, as always. Thanks for making it possible.
You said you were curious about why some people liked the work of Eamonn Doyle, and I thought I’d take a quick shot at trying to articulate my reasons for appreciating him. I have his book i, which is what I’ll be basing my comments on.
I agree with Sam that the minimalism of the photos helps a great deal in making them effective. But I’d like to elaborate on why that minimalism seems important to me The overhead perspective creates isolation, and by showing each individual in isolation, Doyle’s camera is able to emphasize actions and mannerisms that repeat themselves in many successive pictures – the stooping, the bowing, the clutching, the shuffling, the waiting. Over and over we see these small, but significant behaviors performed with uncluttered clarity. Someone might argue that this lack of clutter is actually a flaw in Doyle’s work; that reality is not presented with such clean and obvious distinctions. But to me the lack of clutter or debris or messy context, or whatever you want to call it, is maybe exactly the point of i. These are vulnerable people who are moving through a barren, concrete landscape that gives little or no hope for resources or rest or rescue. They truly are isolated, alone, and without the comfort of distractions. The lack of horizon makes it seem that collectively they are moving in circles, walking past one another, and doomed to never reach any meaningful destination. I don’t know about you, but I have to confess that, at least some days, I find all of that to be a pretty honest representation of reality.
Thanks again.
Dennis Dufer

Love Stan's work. Begged him years ago to let me work with him to curate a show here in Philly, but he hadn't committed to the hi res transfers yet. Still would like to see the show here... very much so.

In my life of going from commercial success to three disastrous crash and burn, yet impossibly fascinating in their super nova destruction, business ventures in a row, while raising a family and desperately buying that house and moving an archive &c, Stan's blogs were usually set aside to read when I had the time to fully enjoy them. I have them all saved in that strange state of anticipation.

FWIW... Yes, I had researched fire proof safes,* just couldn't talk about it at the time. Where I very much failed was in thinking the seals on this particular safe could replace the desiccant.

I'm fortunate in that I will be able to salvage many of my images, and as of the date below have completed over 25 65MB restorations, and am currently looking into an M disc burner. The burner is relatively cheap, and the discs supposedly last 1,000 years (even if the technology may not be around another 10)...