We had a meeting of our Eugene Grid Project a few days ago. Biking home I realized that I've almost never posted anything from that project on my blog. 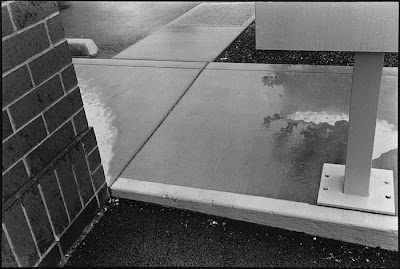 In the corner of the morning in the past
Which is strange since it's my local bread and butter. 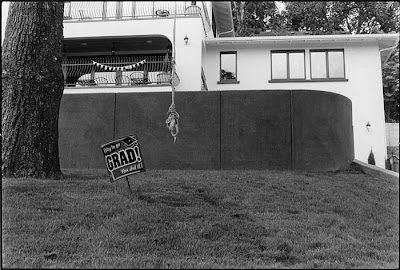 I would sit and blame the master first and last
Whenever I've got a few hours free, I grab my cameras and head to the grid, to walk and look and capture. 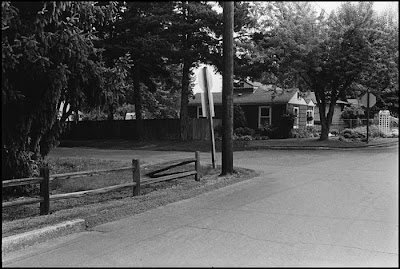 All the roads were straight and narrow
I tend to have my best thoughts while walking with cameras, and my best photos too. 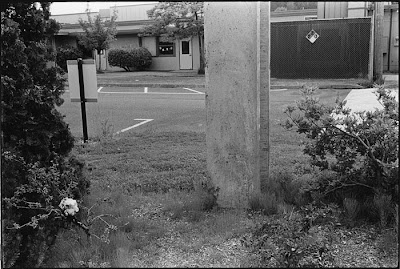 And the prayers were small and yellow
By the end of every month I've amassed a small stack of grid workprints, and thoughts. 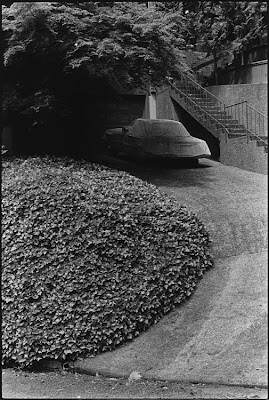 And the rumour spread that I was aging fast
Last week I thought about using my finger to write a small stack of phrases on all the dirty rear windshields I came across:

LIS
TEN
TOE
ARL
YBO
WIE
I made it to my fourth car before a woman asked me just what I thought I was doing to her car. 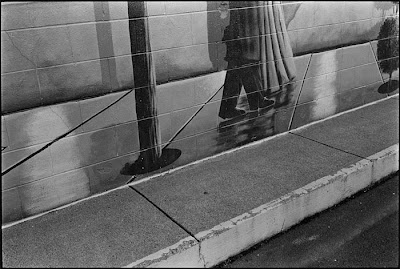 Then I ran across a monster who was sleeping by a tree
I explained that lately I'd had The Width of a Circle trapped in my head. 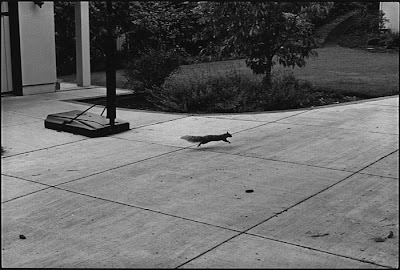 And I looked and frowned and the monster was me
"It shuffled up on the iPod in July," I said. "I pushed repeat once. Now it's pacing around between my ears like a caged tiger. The thing won't come out..." 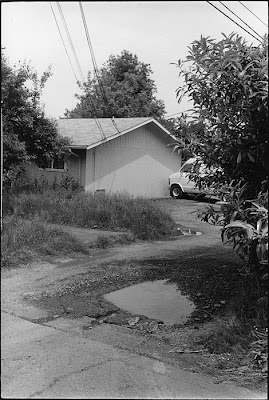 Well, I said hello and I said hello
"And honestly I'm not sure I want it to. Who knows what might replace it?..." 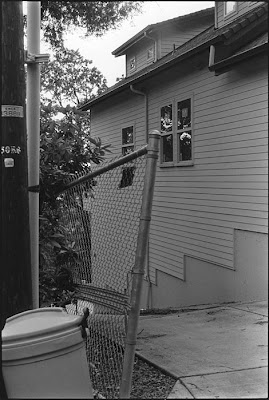 And I asked "Why not?" and I replied "I don't know"
"Such a strange tune. Tony Visconti's bass follows a drunkard's walk through the middle. When the song finally ends it's a million miles from the start..." 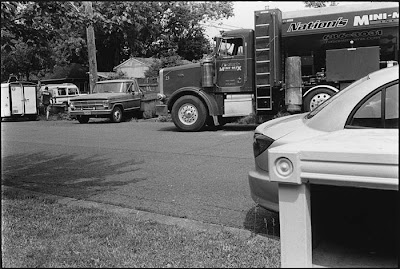 So we asked a simple black bird, who was happy as can be
"Some of my walking thoughts end up eventually on B. Some wind up on windshields..." 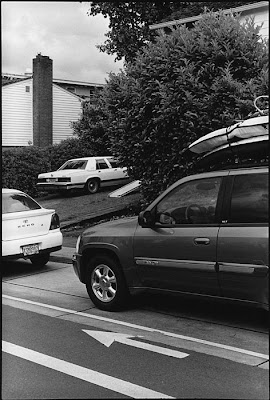 And he laughed insane and quipped "KAHLIL GIBRAN"
"The prints generally don't make it as far into the world. I show them to a handful of others at the monthly meeting, then they go back in a box, basically forever..." 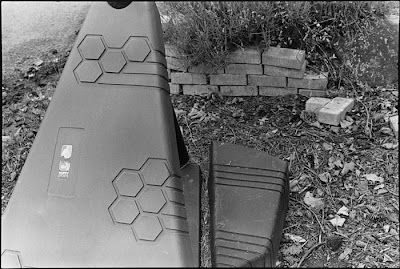 And I cried for all the others till the day was nearly through
"One of my thoughts last week while walking around shooting photos and listening to early Bowie in my head, was that I should post some of this month's grid photos on B. Maybe caption them with lyrics, and fuck if they make sense or not..." 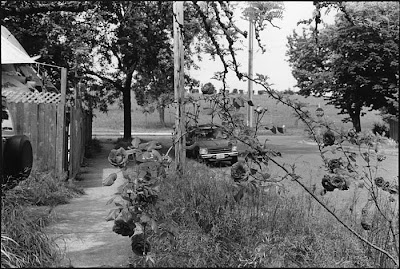 For I realized that God's a young man too
The woman looked at me blankly. I could tell what she was thinking: Another drunkard's walk.

They're great. I love the last one especially. Something quietly and gently personal about them that is very pleasing. Don't hide them away :-)
Jon