Michael Zweibel: What Was He Thinking?

Michael Zweibel is a photographer based in New York. More of his work can be seen here. 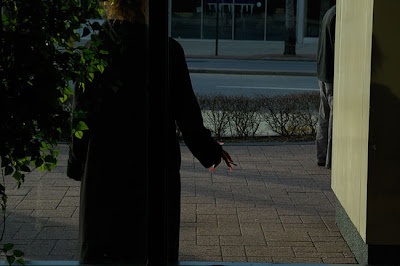 "I shoot buildings so smokers are sometimes a problem but not on this cold winter afternoon. Usually I can’t divide my attention when I’m working but those backlit nails on that rigid hand got my attention. The hand would rise to take a drag on the cigarette and then return to that exact position. Other smokers stood nearby, each in his or her own world. I processed the picture dark so the red and the fake leaves would pop." 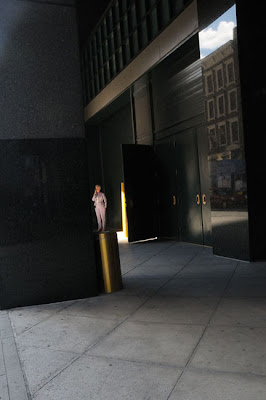 "Another smoker. I noticed how she was framed by the building and brass ashtray. I try not to pause and photograph a singular person because it draws attention and could get confrontational but I did, composed and shot. This is the first frame; she noticed me in the next. No hostility, just mild curiosity. The nice thing about the NYC theatre district is that you could shoot all day long and nobody (well, almost nobody) gets upset." 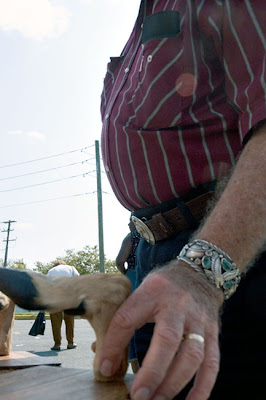 "Sometimes I see a few things and suspect they’ll make an interesting picture; I don’t know if or how but they’re just so crazy that they just might work. I noticed the deer hoof coat rack and the man approaching it. I held the camera at waist level and rolled the dice. I would have been content with just the hand (with its bracelet and that eagle—who knew!) gently holding the hoof. The woman’s head protruding from the belt was completely unexpected. " 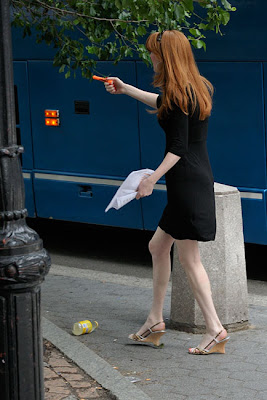 "I sat playing sightseer (isn’t that what photographers do—see sights?) in NYC watching this woman scurrying back and forth shepherding tourists onto buses. The red hair, the marker, the blue bus, the grip on the paper; she was all sinew, completely absorbed in her work." 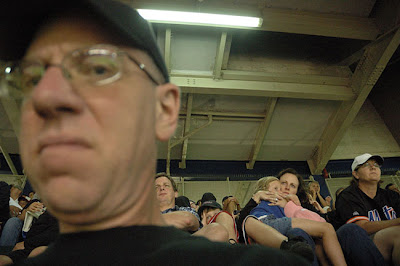 "That’s me at a Mets game at Shea. Things aren’t going well. I might look a little peevish but maybe that’s just what I look like when I take a picture; I was thinking happy thoughts. I watched the reflection in the sky filter as I aimed the camera at myself. I absolutely love that I can make pictures, review them; make some more which was way more exciting than the game. It was like they were posing for me (okay, with me)." 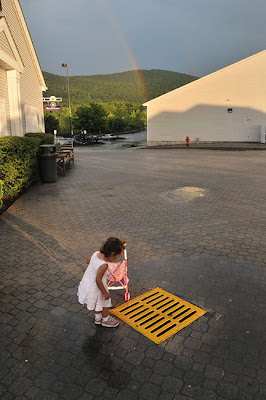 "Everyone in this mall was photographing the rainbows with everything from cell phones to DSLRs. The kid just glanced into the drain, a bright yellow drain. Right place right time. That was one of the few pictures I knew was a keeper when I took it." 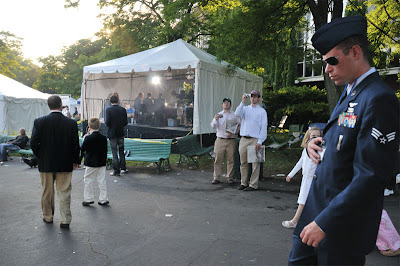 "This is at the Belmont Stakes, a sweaty cornucopia for people watching. I was concentrating on the broadcasters, the two guys with the cameras and the woman picking up trash. I’d already made a few exposures so when I caught the blue of the uniform I grabbed two more shots. I had a tough time deciding which I liked better; one shows the broadcasters and one the look of anxiety on the girl’s face. I like the way the scene progresses. I’m still indecisive. Not exactly a still picture not exactly animation."
Posted by Blake Andrews at 1:49 PM

what was she-he thinking is a great feature of your blog. thank you!!!