Imagine you're on a street corner looking for photos and you see a man standing by you. The words on his shirt are a perfect anagram of the words on a poster nearby. You line up to take the photo but then you realize that's not it. If you walk a little to your left the cursive script of the T-shirt becomes a match for the dread hairdo of the lady behind him. But wait. That's not it either. It's the loose hang of the shirt below his crotch. If you look at it in just the right light it makes him appear to float above the people around him. That's the photo. Or is it? There's a photo there but where?

Street photographers often encounter ambiguous situations. The exact same scene can be several things depending on how it's shot. It's hard to tell what's important but you need to decide quickly, and sometimes the situation isn't even clear until afterward looking at the image when something appears that you didn't notice on the scene.

Getting a sense of which patterns are important and which ones aren't is a difficult skill. The best method of skill training is of course to go out and do it. Make street photographs, lots of them.

I think the second best training method is the game SET. Twelve cards are laid out and the situation is ambiguous. You need to find patterns but you don't know which ones to look for. Seen one way a card fits a certain pattern. Seen another way it falls into another group. It's only after being solved that the right pattern becomes clear. You don't know what to look for until after you've found it. 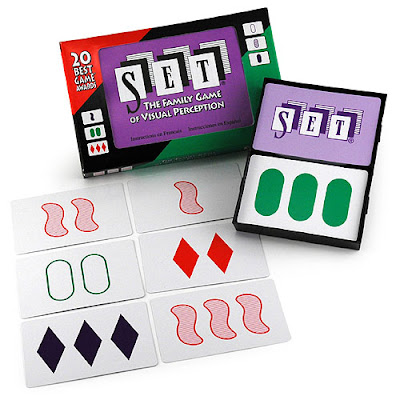 Does this sound like street photography? The skills are remarkably similar, and in fact they cross over. During periods when I'm playing a lot of SET I tend to see photos better, and vice versa. I think SET belongs in every street photographer's bag.

SET can be played solo, with a partner, or in a group. It fits in your pocket. It's highly addictive. It might make a good gift for that special photographer friend this holiday season. Or if you're stuck at your computer, an online version is here (Play advanced version 4 for best results).
Posted by Blake Andrews at 9:46 AM

That may be true but what about 色情,美女,色情小說,情色貼圖,情色小說,交友覓戀會館,情色文學,交友104速配網,視訊交友,成人韭南籽,18成人,ut男同志聊天室,成人圖片區,交友104相親