My new favorite online toy is The Wayback Machine. Feed any URL into the machine and it retrieves an archive of past versions of that URL. With one mouseclick you can see how primitive apple.com was in 1997, revisit the early days of Conscientious, or track the complete evolution of photo.net.

Looking at these old sites is a bit like flipping through an old photo album, with some of the same How-young-they-looked! feeling. In the upcoming decades this effect is sure to grow stronger as the Wayback Machine becomes a treasure trove of memorabilia from the early days of the web.

Of course I couldn't help pointing the Wayback lens toward some familiar sites. In-Public.com for example has come a long way. It began in 2000 looking like this: 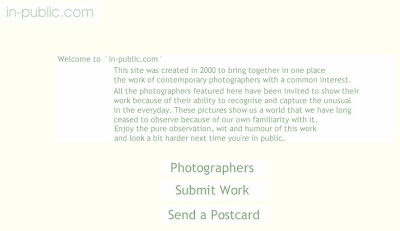 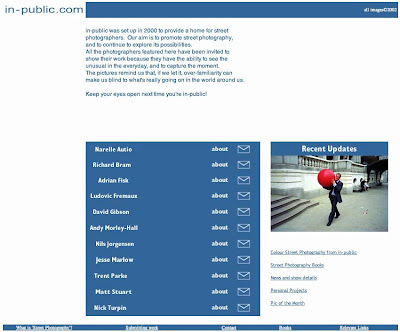 On its way eventually to today's version: 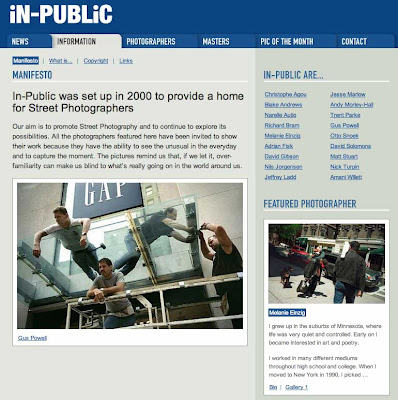 Most of the photographers on the site in 2002 are still associated with the group. The one exception is Quebec photographer Ludovic Fremaux who dropped out during the group's early years.

If you're wondering "Ludovic who?" we're in the same boat. Until this week I'd never heard of him, and it took The Wayback Machine to show me his affiliation with In-Public.

His 2002 portfolio is pretty impressive. I think part of its charm may be the style. Even though his work is from only seven years ago, it somehow seems older. Who shoots b/w anymore? Who shoots film? Who looks for formal moments? The fine art world has moved on to other things and managed to tug street photography along with it, and so looking at these pictures is like browsing an old scrapbook. How young they looked!

Here are a few Fremaux photos: 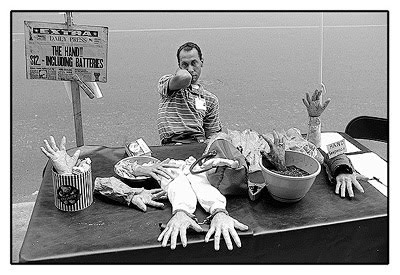 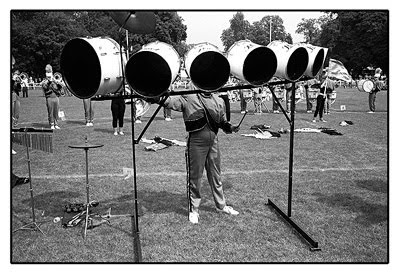 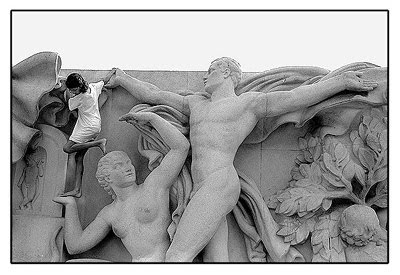 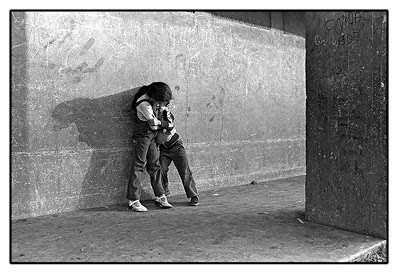 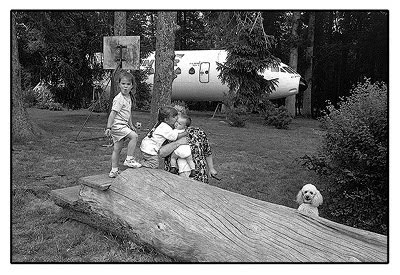 If you're curious to see more, Fremaux has a Flickr account and he's published one book of photographs. And of course there's always the Wayback Machine.
Posted by Blake Andrews at 8:28 AM